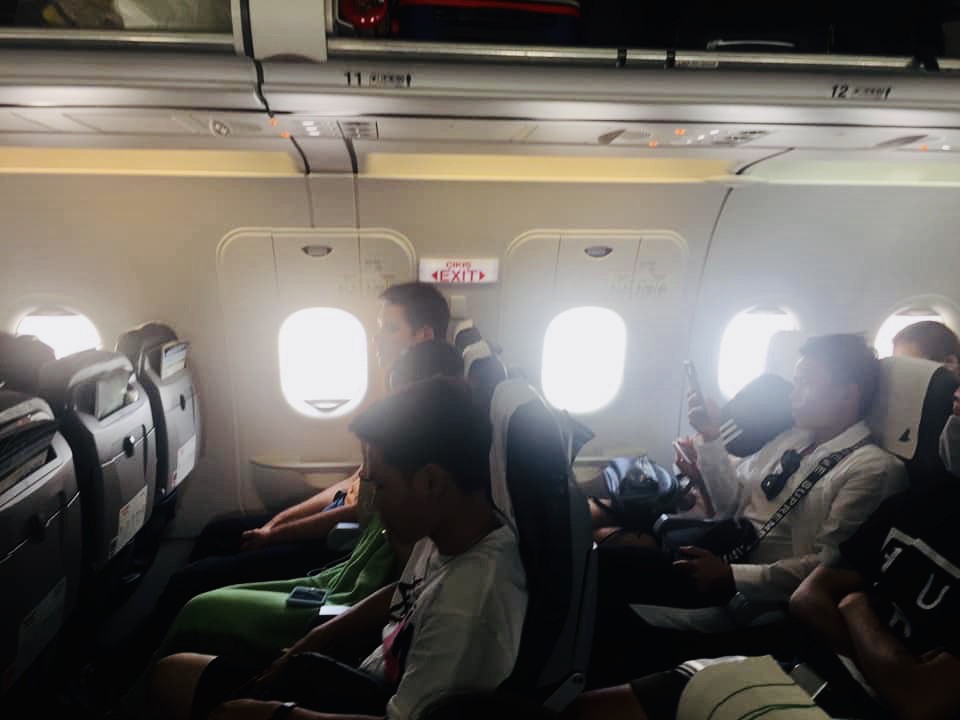 Bamboo Airways, the latest player in Vietnam’s domestic aviation market, has officially rebuffed allegations widely spread on the Internet last weekend that it had added seats next to the emergency exits on one of its planes against the aircraft’s original design.

Three photos purportedly showing two rows of seats just next to two emergency exits on an aircraft were posted on social media by a person who claimed to have taken them on board a Bamboo Airways flight.

The passenger questioned whether the carrier had deliberately placed the additional seats near the exits.

Many people commented under the photos, accusing the airline of defying safety regulations to install the extra seats to maximize the number of passengers per flight.

In a discussion with Tuoi Tre (Youth) newspaper on Sunday, a Bamboo Airways representative strongly rejected the allegations, affirming that the company did not install the extra seats or made any changes to the designs of its planes.

The carrier confirmed that the photos were taken on board its aircraft, an Airbus A320.

According to the Airbus A320’s design approved by the European Union Aviation Safety Agency (EASA), each aircraft of this model has four overwing emergency exits, two on each side of the plane, besides the standard emergency doors.

Overwing exits are installed on passenger aircraft to provide a means of evacuation onto the wing.

Bamboo Airways said seats can be installed along these special exits, as long as they ensure a minimum clearance for passageways of seven inches (17.78cm) in case of emergency.

This seat installation is stipulated in regulations set by the Civil Aviation Authority of Vietnam (CAAV), the representative said, adding that this means there is nothing wrong with the rows of seats along the overwing exits as seen in the photos.

He added that Bamboo Airways had contacted the passenger who posted the photos to explain the overwing exit design to him. After that, the pictures were taken down.

Vietnam Airlines had previously faced the same allegation when passengers thought that the flag carrier placed extra seats next to the emergency exits on one of its Airbus A321 planes.

The case was handled in the same manner, with Vietnam Airlines asserting that A321 aircraft are designed with two overwing exits.