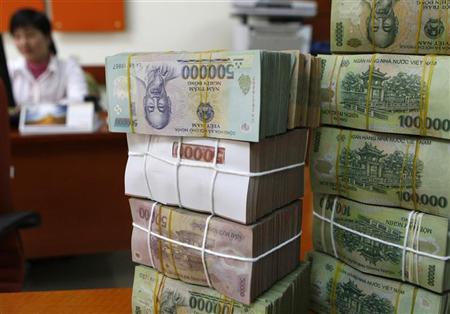 Vietnam is looking at relaxing restrictions on currency hedging tools and could start on a gradual path of changes in two to three years' time, a top official said on Thursday.

Vietnam clamped down on hedging tools such as FX forwards following currency stress in the financial crisis, but the lack of such instruments means companies or asset investors have little way of hedging their exposures.

“We have been discussing with the central bank how to create a (FX) hedging instrument,” Nguyen Duc Chi, the Chairman of Vietnam’s State Capital Investment Corporation, which is akin to a sovereign wealth fund, said at a conference in London.

“They (the central bank) are looking at it at the moment. My view is that in a 2-3 year timeframe you might start seeing some more relaxation in terms of (FX) hedging,” he said, adding it was also likely to be a gradual process.

Recent analysis by State Street Global Advisors estimated that while $300 million to $500 million equivalent worth of FX changed hands in the Vietnamese FX market a day, only around $20-30 million went on in the restricted forward market.

The dong has fallen roughly 10 percent against the U.S. dollar over the last four years, including a number of devaluations, which is one of the main reasons why international investors would prefer to have hedging options.

Vietnam’s central bank allows the dong to move in a band of 3% on either side of a daily ‘reference rate’, which is based on a basket of eight currencies.