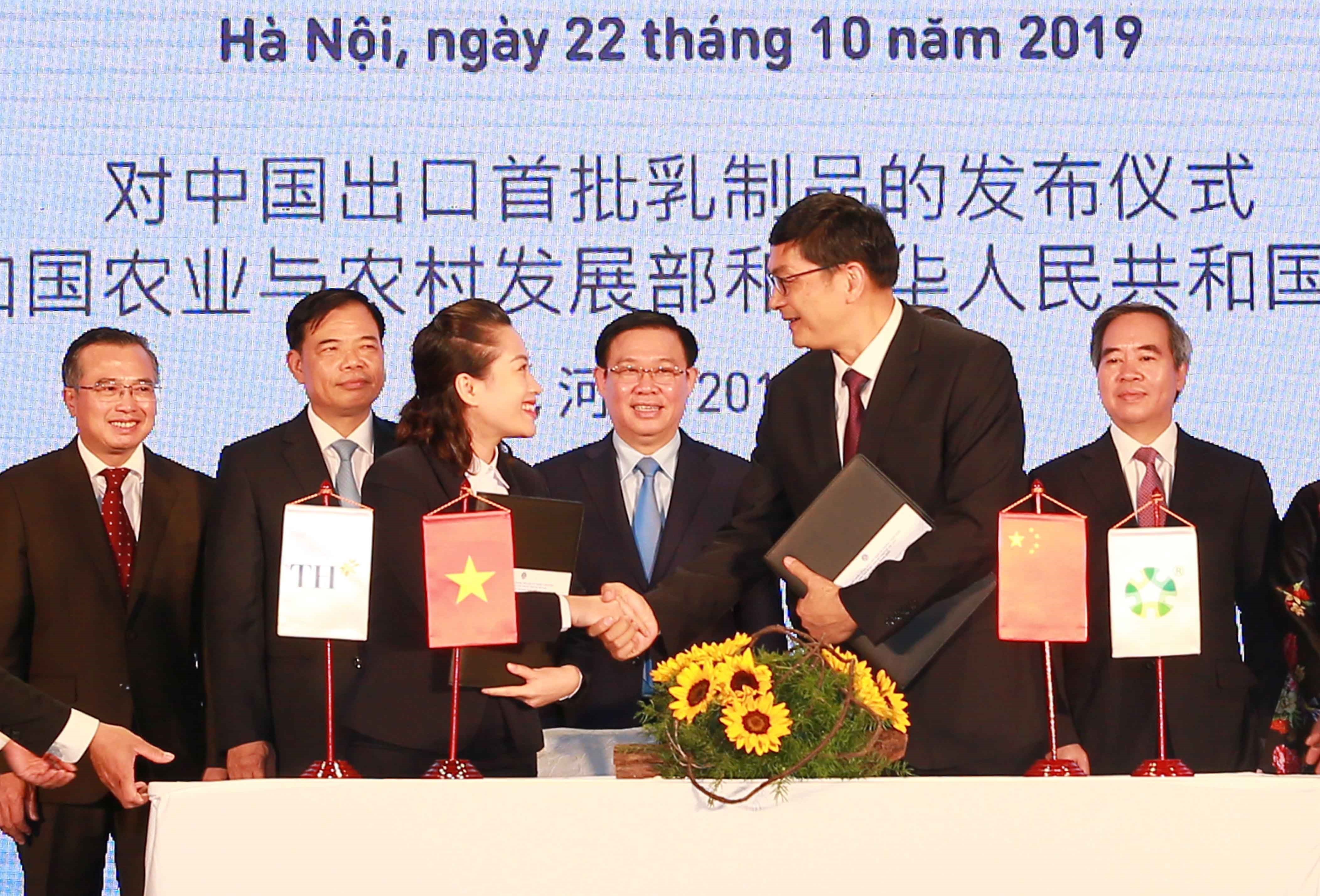 Vietnam to export first batch of milk to China

A ceremony was held in Hanoi on Tuesday to announce the export of Vietnam’s first batch of milk to China, the Vietnam News Agency reported.

TH Milk JSC is the first Vietnamese firm to receive approval from the General Administration of Customs of China to export dairy products to China.

Its sterilised and modified milk products have been granted transaction codes by the Chinese customs agency.

The privately-owned company already exports dairy products to 40 countries and territories, according to its 2018 annual report.

At the ceremony, TH Milk signed a contract to ship the first batch of milk products to China with its Chinese partner, Wuxi Jinqiao International Food City.

Under the contract, the two sides will cooperate in distributing TH Milk products in all provinces and cities across China via wholesale, retail and supermarket channels.

The historic export is the result of a protocol signed between the Vietnamese Ministry of Agriculture and Rural Development and the General Administration of Customs of China on April 26, 2019.

The event is significant for Vietnam’s agricultural sector and dairy industry, which are exerting efforts to boost high-quality farm produce exports to potential markets, including China, the state media said.

Addressing the function, Minister of Agriculture and Rural Development Nguyen Xuan Cuong said the event opens up a big opportunity for Vietnam’s dairy cow breeding and milk processing sectors to boost exports to China and other potential markets, including Japan, Canada, Australia, the U.S., and Thailand.

China’s imports of Vietnamese dairy products will help raise Vietnam’s farm produce export turnover and locals’ incomes, Cuong said, as China is one of the largest milk importers in the world.

The minister said Vietnamese authorities will continue working with the General Administration of Customs of China to speed up consideration of milk export applications from four other Vietnamese enterprises besides TH Milk.

Earlier last week, the Chinese customs agency announced granting official permission to the import of Vietnamese dairy products and detailing requirements for quarantine and quality checks of those products.

Nguyen Van Long, deputy director of the Department of Animal Health under the Ministry of Agriculture and Rural Development, said that five Vietnamese firms have submitted dossiers to get permission to export milk to China.

Vietnam aims for a milk export revenue of US$300 million to China in 2020, according to the Vietnam News Agency.

China is the world’s second-largest milk market, consuming roughly $60 billion worth of milk products every year, according to Zing.

Its domestic production only meets 75 percent of this demand, the Vietnamese news site said.