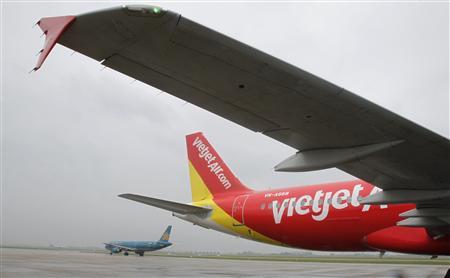 “When we receive the airplanes with the longer range, then we can serve up to 60% of the global population,” VietJet Chief Executive Nguyen Thi Phuong Thao told Reuters on the sidelines of the CAPA Asia Aviation & Corporate Travel Summit, via a translator.

The A321XLRs are due to be delivered from 2023 and bring its Airbus order book to 186 planes at a time when Thao said the carrier aims to add 10 new international routes each year.

Vietnam’s aviation market has recorded double-digit annual growth over the past 10 years, making it one of the fastest growing markets in the world.

The country’s airports served 106 million passengers in 2018, up 13% from a year earlier, according to official data.

“The issue that we have to resolve is the cost of operation,” she said, adding the airline wanted to be sure that any launch of operations with widebody aircraft would be done profitably.

In January, property and leisure firm FLC Group’s Bamboo Airways launched its maiden commercial flight to become the fifth Vietnamese airline, heightening competition in the aviation sector of the Southeast Asian nation, which is emerging as a popular tourist destination.

Vietnam’s largest firm, Vingroup, has applied for a licence to launch a new airline next year.