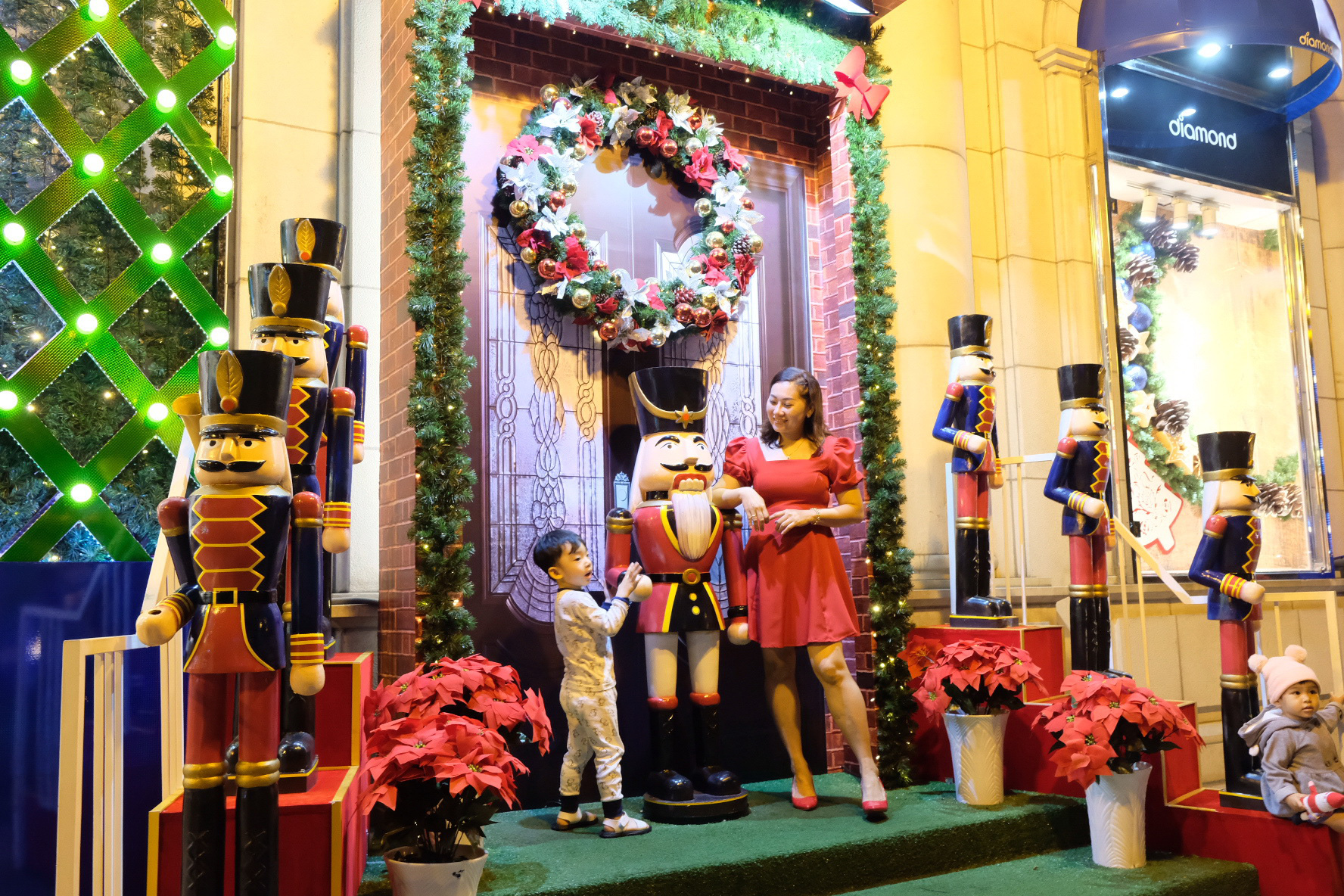 As Christmas nears in Ho Chi Minh City, local families and businesses are shelling out millions to billions of Vietnamese dong to ring in the holidays with over-the-top seasonal decorations.

Bookstores, shops, churches, markets, and shopping malls throughout the city are slowly but steadily lighting up embellishments, as the days before the season's greetings dwindle.

On Hai Thuong Lan Ong Street in District 5, Mi, the owner of a holiday decoration shop, said that she has seen a boom in sales over the last few days, particularly to wholesale customers.

But the surge in customers has not yet led to an ascent in prices.

Christmas trees range from VND45,000 ($2) to hundreds of millions of Vietnamese dong, depending on size and material.

Several shops also sell fake pine trees for up to VND1 billion ($43,000), not including VAT.

Deals on decorations are also aplenty throughout the city.

Other shops, however, are taking advantage of the holiday spirit to add heavy price tags to imported goods.

Stores specialize in imports from other countries, such as P. Shop in District 3, are selling items like 32-cm high wooden soldiers which can move and play music for nearly VND1.5 million ($64) and strings of Christmas lights for VND1.65 million ($71).

P. Shop also sells pine tree pillowcases for a whopping VND1 million ($43) and a blanket with red holiday patterns for about VND2.8 million ($120).

With more than ten years of experience in offering Christmas decoration services, Le Dinh Thanh, general manager of a design and decoration service company, said this year’s trend is a pastel version of traditional holiday colors.

As Christmas nears, professional decorators are finding themselves overloaded with business.

Le Van Trong, whose hometown is An Giang Province in the Mekong Delta, has been earning an income hanging LED lights on Christmas trees in District 10 for VND350,000 ($15) for eight hours of work and VND60,000 ($2.5) per hour of overtime.

Competition in the decoration industry is fierce, with several new companies posing as potential customers to research market prices and ideas.

Thus, many enterprises have requested that customers make contact first via email for large contracts.

These special baskets sell for VND1 million ($43) and up.