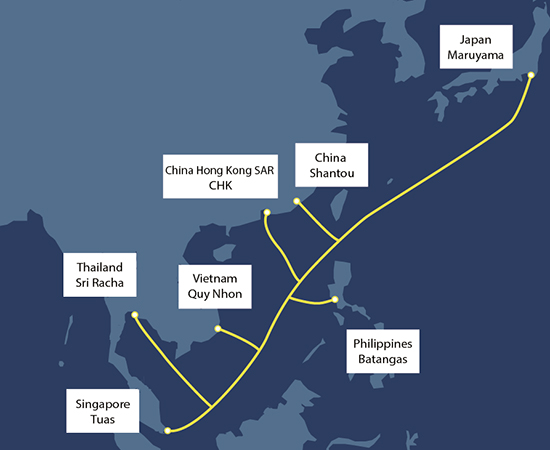 Vietnam will have a high-performance submarine cable connecting the country with Singapore, Japan, the Philippines, Thailand, and China, according to The Straits Times.

The English-language Singapore-based newspaper reported that Vietnam’s military-run telecoms group Viettel is part of a consortium of companies that is building the 9,400-kilometer cable, which will feature multiple pairs of optical fibers and is designed to enable high-capacity transmission of data across East and Southeast Asia.

Particularly, it will carry more than 140 Terabits per second (Tbps) of traffic, compared to the traffic capacity of 54.8 Tbps — the largest among all cables in Asia — currently provided by Asia Pacific Gateway (APG) cable system.

The new Internet cable will be constructed by NEC Corporation and is expected to be completed by the fourth quarter of 2022.

The segment connecting to Vietnam will strike land in Quy Nhon City in the south-central province of Binh Dinh.

Apart from Viettel, other members of the Asia Direct Cable Consortium (ADC) that develops the cable include China Telecom, SoftBank, Tata Communications, and Singtel.

Construction of the 10,500-kilometer cable, which began in 2018, was initially expected to be completed by the fourth quarter of this year but has been prolonged to next year, according to Ooi Seng Keat, Singtel's vice-president of carrier services, OTT, satellites and group enterprise.