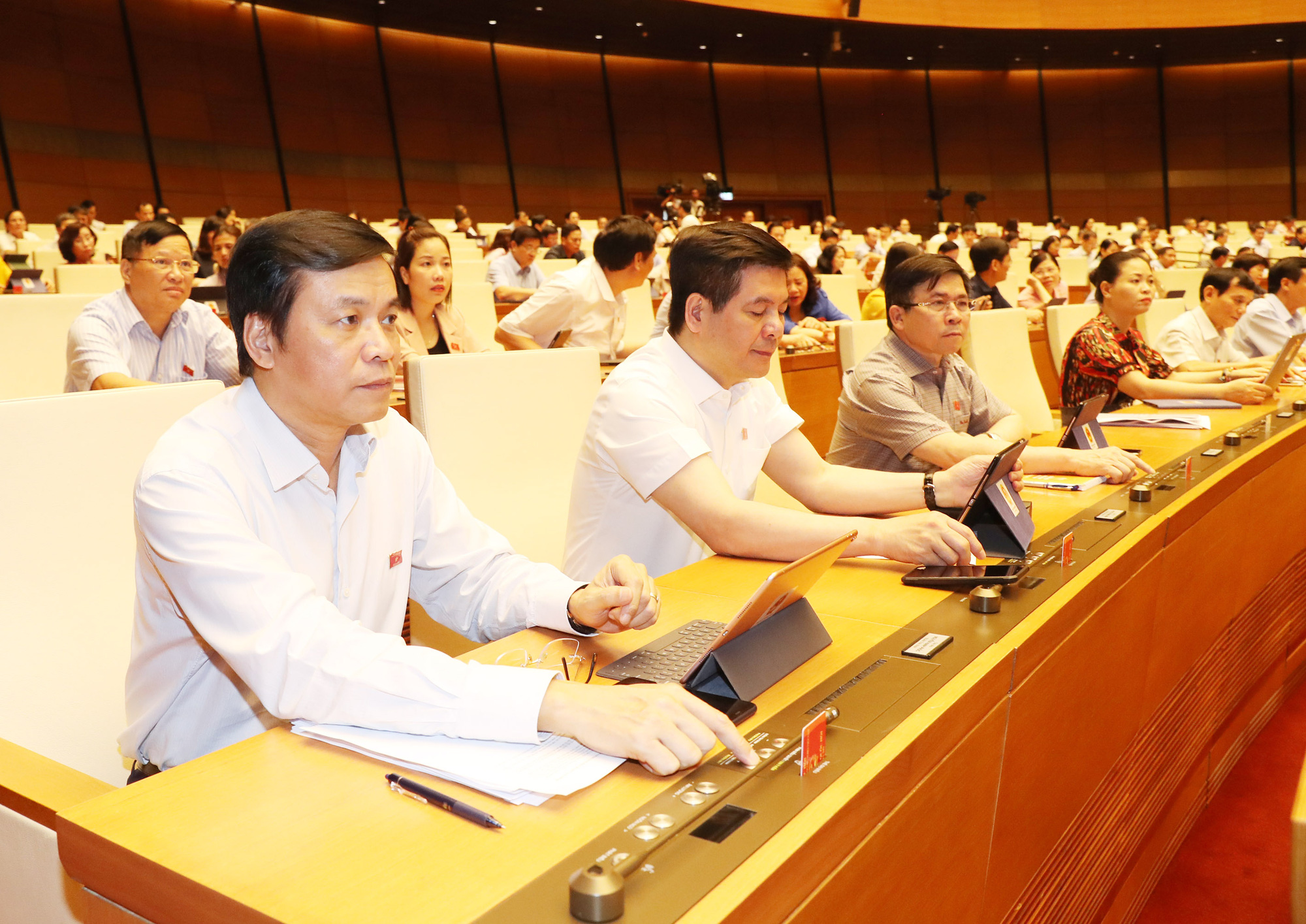 Small and medium-sized enterprises (SMEs) that make no more than VND200 billion (US$8.6 million) in revenue in 2020 will benefit from a 30 percent corporate income tax cut for the year, according to a resolution adopted by the country’s lawmaking National Assembly on Friday.

Over 90 percent of deputies voted in favor of the resolution, which seeks to cut corporate income tax by 30 percent for SMEs, cooperatives, public non-business units, and other agencies this year.

In their explanation for the draft resolution, the Standing Committee of the National Assembly said the reduction of corporate income tax for SMEs was meant to help business rebound from COVID-19.

So even enterprises that turn a profit in 2020 are eligible to apply for the tax cut, provided they satisfy the revenue condition.

The committee stated that the resolution is aimed at SMEs with limited access to capital and a relatively low revenue who account for a small market share and employ a limited workforce.

The number of insured workers was removed from the eligibility criteria for the tax cut to ensure parity for businesses with a large workforce and help more firms in the SME sector.

Firms entitled to the tax break should accrue a total revenue of no more than VND200 billion this year.

Previously, a government-submitted tax break plan only sought to make the 30 percent tax reduction available to firms that have a revenue of no more than VND50 billion ($2.15 million) and employ up to 100 people.

“The expansion of tax break beneficiaries would amplify the loss of 2020 state budget collection from VND15.84 trillion [$682.4 million] to roughly VND23 trillion [$990.87 million],” the NA Standing Committee, which appraised the plan, said in a statement.

In response to suggestions to extend the effective date of the resolution to 2021, the committee projected a bright outlook for the economy since the COVID-19 outbreak has been fundamentally put under control in Vietnam while the worldwide pandemic situation is also abating.

Vietnam and other countries are gradually relaxing COVID-19 restrictions and focusing on revitalizing the economy, which would render a further tax cut plan unnecessary, it said.

A prolonged tax cut would put immense pressure on the state budget of the fiscal years to come, the committee added.

The NA Standing Committee will propose an extension of the tax cut resolution to its legal drafting unit and submit it to the National Assembly for consideration should the economic situation show no positive surge in late 2020 or early 2021.