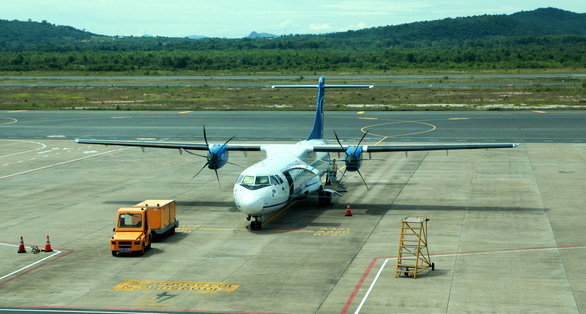 The Ministry of Planning and Investment is seeking Prime Minister Nguyen Xuan Phuc’s in-principle approval for the investment in expanding Dien Bien Airport in Dien Bien City, located in the namesake northern province.

The project includes the construction of a new runway of 2,400 meters long and 45 meters wide, thereby increasing the current Dien Bien Airport’s capacity to 500,000 passengers a year and enabling it to accommodate A320 and A321 planes or equivalents for a lifetime of 70 years.

The state-owned Airports Corporation of Vietnam, which manages 22 airports in the country, will be responsible for the investment of nearly VND1.55 trillion (US$67.4 million) into the airport upgrade.

The deadline for the project is 34 months since the date of the prime minister’s approval.

The current Dien Bien Airport was restored from the French-built Muong Thanh Airport.

It has only one runway of 1,830 meters long and 30 meters wide together three airplane parking lots.

The airport terminal is capable of receiving 300,000 passengers a year.

Due to the airport’s short runway and elementary instrument landing system, only small turboprop aircraft like the ATR72 can land and take off there at present.

VASCO, a subsidiary of flag carrier Vietnam Airlines, is now the only airline operating flights between Hanoi and Dien Bien Airport.

The expansion of Dien Bien Airport is expected to create a driving force for economic, cultural, and social development and ensure national security and defense in Dien Bien Province in particular and the northwestern Vietnamese region in general.