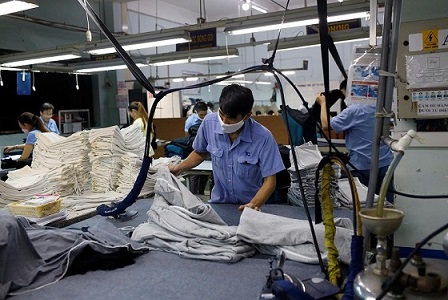 Vietnam May trade deficit seen at $2 billion; CPI up 2.9%

HANOI - Vietnam estimated a trade deficit of $2 billion for May, while consumer prices in the month rose 2.9% from a year earlier, government data showed on Saturday.

Exports in May likely rose 35.6% from a year earlier to $26 billion, while imports likely increased 56.4% to $28 billion, the General Statistics Office said.