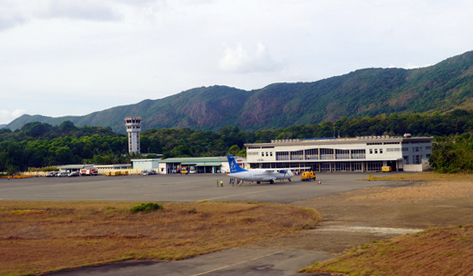 Vietnam’s aviation authority has estimated that the project upgrading runways, taxiways, and parking lots at Con Dao Airport off southern Ba Ria - Vung Tau Province so it can handle large aircraft will require an investment of nearly VND2.4 trillion (US$105.6 million).

The Civil Aviation Authority of Vietnam has submitted a proposal on the investment plan to the Ministry of Transport.

The investment will be spent on upgrading Con Dao Airport’s runway system to ensure the effective exploitation of code-C aircraft, such as the A321ceo, A321neo, A320neo, A319, or equivalent airplanes in order to meet the increasing travel demand via the airport.

The project will expand the airport’s existing runway, build three connecting taxiways and one parallel taxiway, and install the precise landing gear system of the runway and the approach lighting system in line with approved planning.

Work on the project is expected to commence this year and reach completion in 2023, at a total cost of nearly VND2.4 trillion sourced from the state budget.

Con Dao Airport can only receive small aircraft such as the 68-seater ATR 72 and the 124-seater Embraer E195 currently.

Its sole runway was built in 2004 and has now reached the end of its operating life.

Despite impacts from the COVID-19 pandemic, Con Dao Airport served 447,750 passengers in 2020, up 4.1 percent from 2019, according to the Vietnam Government Portal.

According to the adjusted airport planning by 2030 recently approved by Minister of Transport Nguyen Van The, the airport’s capacity will increase to two million passengers and 4,400 metric tons of cargo per year.