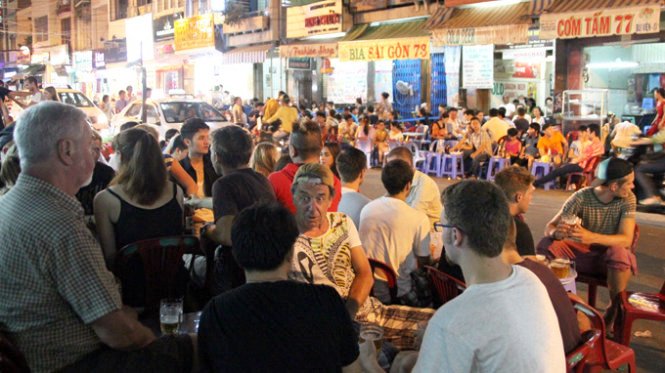 A helping hand in a foreign land like Vietnam

To hear my friend, Randy, tell the story – there was nothing particularly interesting about the accident. A simple error of being just that little bit too close; sliding into the rear of a flatbed truck was a lapse of judgment.

It’s a question we often ask ourselves: where will the help come from when we’re already in trouble? The answer can be surprising... and rejuvenating.

Randy is a big, gregarious fellow who runs the only ‘real book’ bookshop, named not unsurprisingly, Randy’s bookstore in Hoi An. He set off one day on the bike with no particular destination in mind, meandered up to Phong Nha Farmstay situated near Vietnam’s famous caves, and headed south when this all happened.

The motorbike slid out from under him as he braked heavily, barely stopping in time yet still hitting the rear end, falling to the road and injuring his lower left leg. The motorbike sustained minor damage and Randy copped a break in the lower bone, the left Tibia that supports the knee.

The truck driver was doing nothing wrong, moving across the lanes to station his truck next to the construction roadwork upgrading the north-south route to Hue. It’s a scary run barely centimeters from roaring semi-trailers and overloaded, wobbling courier vans. Almost a year and a half ago I travelled this section, forced to frequently slow down for vast, dusty tracts of bulldozed highway being widened and strengthened as a major heavy vehicle artery to boost the national transportation network.

It could have been considerably worse. Loose gravel has always terrified me and any faster, Randy would have broken a lot more bones. The driver and locals crowded around Randy as they always do in this culture, discussing what happened and as an impromptu court of law, deciding who was at fault. To his credit, the driver didn’t run away and seemed to be trying to help, as Randy recalls.

The police came fairly quickly, giving the driver a tough interrogation, however relief all around as Randy admitted it was his fault. A Vietnamese English teacher pulled up and assisted in the translating as Randy realized he couldn’t bend his left leg. Wearing a jacket and rain leggings had spared him the gravel rash but physics demonstrated again Newton’s first law of motion – you keep moving until something bigger and harder stops you!

Somehow in the tangle of voices, a truck was organized to get Randy and the bike to Hue’s International Hospital. While the Vietnamese teacher asked for some compensation from the truck driver for his going out of his way, assisting Randy at the hospital, it wasn’t an unfair request and in the circumstances I’d probably be too generous simply because it’s tough enough getting serious help in a foreign land.

Negotiations, a quick operation on the bone, some good drugs: painkillers! And Randy was keen to get back to Hoi An. Word had rapidly spread by Facebook and phone of Randy’s plight and the offers of help started moving. Hue’s famous Backpackers helped organize his trip back – along with two rum and cokes delivered to the car – and arrangements to repair and return the bike. It’s how we all wish a quick trip to the hospital would be, hey?

Randy’s homecoming was something akin to the prodigal son’s return with the neighbors out on the streets bearing gifts of food and assistance. One neighbor quickly installed a set of T-bars hanging from the ceiling to help him out of bed and Julian, a good friend, had set up a downstairs bed for him prior to arriving home.

Now resting in the comfort of his own castle, Randy retold the story to me and marveled at the amount of help and the trouble people had gone through to lend a hand.

Expats generally are a supportive bunch – from tips on shopping to serious kindness as just recounted here. However we often fail to acknowledge the huge help that locals extend to us. As a friend, Deb, pointed out in a coffee shop a few days later: how can some expats complain so much about Vietnamese intransigence and the mire of daily life here – yet the Vietnamese can lift their hearts so much to help strangers?

In the midst of Vietnam’s semi-chaotic hustle and bustle, it’s worth remembering what we perceive is only a fraction of the whole. I simply can’t count the number of times the Vietnamese (and the expats) have come to my aid, uncalled and unbidden, without hesitation and often at some cost to themselves.

In our hour of need, does it really matter whose hand is extended in humanity?