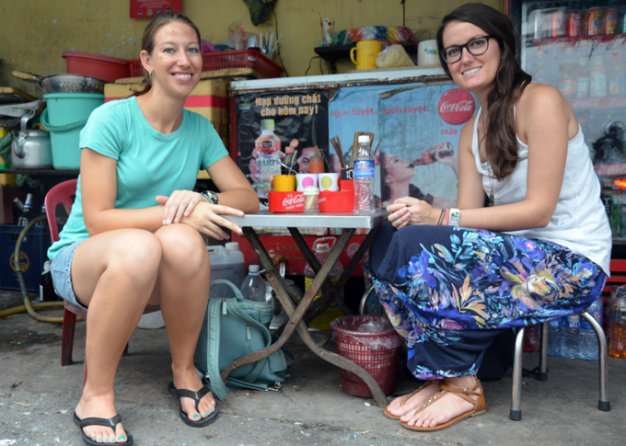 Vietnamese have their own way of life and I love them: tourist

Editor’s note: Jeremie Larin believes those who associate Vietnam with scams, overcharging, and crime need more common sense in their judgment, and represents his arguments in the following story.

Opinions expressed below are the author’s own.

I don't agree with what everybody is saying about traveling to Vietnam.

I do agree that the visa situation needs to be improved as there is a lot of paperwork and you can't get a visa on arrival.

However, as for the foreigners who say they get overcharged or viewed as cash cows, I find it a little hypocritical on their end.

How can they say they get taken advantaged of when a Vietnamese charges them US$1 instead of 0.50 cents for a coke, when many foreigners are willing to pay $4 without any complaint for the same coke when they go to the Walt Disney World?

It's expected to pay more for food and souvenirs in Ho Chi Minh City’s District 1, as it is the tourist spot.

I hear a lot of people also complain about getting overcharged in the Ben Thanh Market. Well, you can negotiate the price of goods in the market.

If you negotiate a price and agree to it and later find out the item is cheaper somewhere else, don't complain because you agreed to the price at that time and you thought it was a good deal.

If you want to save, go out and explore other districts. You will find everything cheaper than in District 1.

Try to learn a little Vietnamese as this goes a long way.

For the people who say they get scammed: it happens all over the world.

I got scammed buying Disney tickets from a vendor in Florida. It happens all over the world even in developed countries.

It only represents a very small percentage of the people‎. If you get scammed here it will only be for a few dollars compared to hundreds in other countries.

As for the English situation in Vietnam, where many foreigners complain there are very few people speaking the language, it's normal for the population not to understand English in general. Their language is Vietnamese‎.

If you go out and pay $20 a night for a hotel, don't expect the staff there to speak perfect English -- that's just common sense.

If you want staff that speaks perfect English, go to hotels like the New World in the downtown area, where you will pay western prices for accommodation and the staff will speak perfect English. Do not try to find that in a budget hotel.

That being said, I do agree that in tourist locations employees should speak English, because it's expected to receive much of their traffic from foreigners.

As for crime in Vietnam, use of common sense is also of the essence.

Do not go out with your $4,000 Canon camera and expect not to get it stolen.

Crime is everywhere in the world. In my home town in Montreal, Canada, chances are you get punched and knocked out while waiting for the subway just because of your iPhone.

The crime rate in Vietnam is very low compared to the U.S. or Canada. You have to keep in mind that it is a developing country, so don't expect to go out in the street with a wallet full of cash and a Rolex on your wrist‎ and expect not to get into any trouble.

Most of the people that fall victim to these crimes is through their own fault.

I think Vietnam is a wonderful country, I've learned a little bit of the language which is very interesting.

Even though the Vietnamese don't say “thank you” and “excuse me”, they have many other ways to show respect and manners within their culture.

One good thing to remember: it's not because they don't follow the same customs as us that we should say that they are rude or obnoxious.

They are just different and have their own way of life. This is why I love Vietnam and the people who live here.