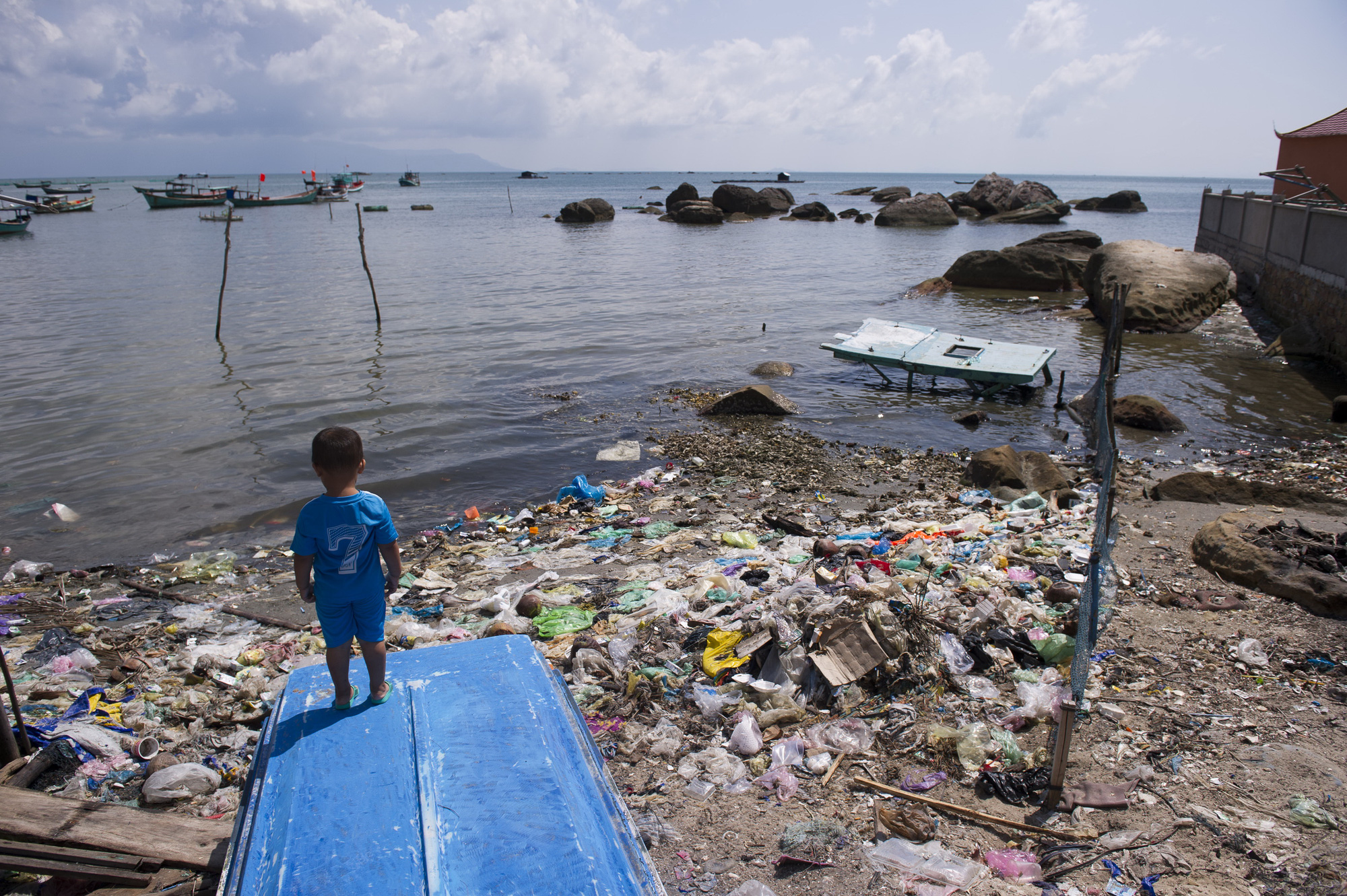 Phu Quoc Island off the Mekong Delta province of Kien Giang — dubbed Vietnam’s ‘pearl island’ thanks to its pristine beauty — is facing a trash crisis that threatens to undermine its image as a tourist paradise.

According to the United Nations Development Programme (UNDP), Vietnam releases 1.9 metric tons of plastic waste into the environment annually and only 27 percent of this gets recycled.

Nguyen My Quynh, a Vietnamese activist, was shocked the first time she set foot on Phu Quoc Island in 2019.

She witnessed trash all along the way from the airport to the heart of the island.

Quynh had been warned beforehand by her colleague of the dire situation here, but seeing the trash with her own eyes threw her into dismay.

Though she wanted to do something about it, she had no idea where to start, what steps to take, and when to mount a ‘fight’ against this issue.

According to the World Wide Fund for Nature (WWF)’s manager of their Plastic Smart Cities initiative, the situation on Phu Quoc Island is less complicated than those in Ho Chi Minh City and Hanoi, but these big cities have the resources, infrastructure, and manpower it takes to cope.

“Phu Quoc Island is another story,” he said.

Plastic Smart Cities promotes the commitment of cities and tourist destinations in the combat against plastic pollution.

The WWF project focuses on three tasks. They call on the authorities to collect and process waste currently on the island, and work closely with local businesses in order to reduce disposable plastic products.

They also educate teachers on the impact of plastic waste on biodiversity.

One of the biggest changes on the island since the start of the program is the monthly clean-up day.

On the first Saturday of each month, Phu Quoc islanders are summoned to clear the beaches of their trash.

Over a year, nearly 350 metric tons of trash has been collected thanks to this regular communal activity.

That was the first step to saving the island from the gathering waste.

Lack of awareness from local residents is a part of the issue; however, ocean currents carry trash from Thailand, Cambodia, and China that washes up on shore as well.

For remote communities that do not have trash collection services, there can be serious consequences from both their own waste and the trash from the ocean.

“Living for a prolonged period in such an environment will turn people blind to the issue,” said Quynh. “I have seen children playing happily in the midst of garbage mountains.”

COVID-19 social distancing has also increased the use of plastic waste due to a surge in takeaway products. Many diners have started using disposable plastic cups for drinking water.

In other words, the campaign for the last year seems to be back to square one.

Adopting a sustainable and environment-friendly lifestyle takes time and practice, according to Duong Thuy Ly, an environment educator with six years of experience in working in schools all over Vietnam.

Luong Ngoc Chung, a graduate from Quang Trung High School in Binh Phuoc Province, was shocked to find out the actual severity of the trash issue in the world.

“We often hear of environmental issues on TV and social networks and the news, but sometimes people just don’t care,” Chung said.

After recruiting friends with similar thinking, Chung ran several workshops promoting the idea of a green lifestyle to 8th and 9th graders in their local neighborhoods.

He believes this matter has to be dealt with as soon as possible.

Working with these high school students, Ly realized that environmental education in Vietnam is heavily academic and lacking in best practices that students can apply to their own lives.

“Schools that aim to blend environmental awareness programs with their extracurricular activities don’t even have a clear syllabus for teachers to adhere to,” Ly said.

The motivation for change, according to her, is the modest joy every time a student puts trash where it should be, or the feelings they have when exploring nature.

Ly believes environmental education needs to take diverse approaches. It does not have to focus on frightening and destructive facts.

A comic entitled ‘Bi an cua Dao Lon’ (Secrets of the Large Island) has been given for free to more than 22,000 students on Phu Quoc Island since mid-2020.

The book tells the story of three female students and a dog in the fight against the trash league.

Knowledge about waste is vividly depicted throughout its pages.

“If the children get more opportunities to be with nature and know that their house is not just the brick walls but the green space around as well, they will, through their five senses, feel a connection and love for the environment,” Ly said.

“Then, everything will change for the better.”