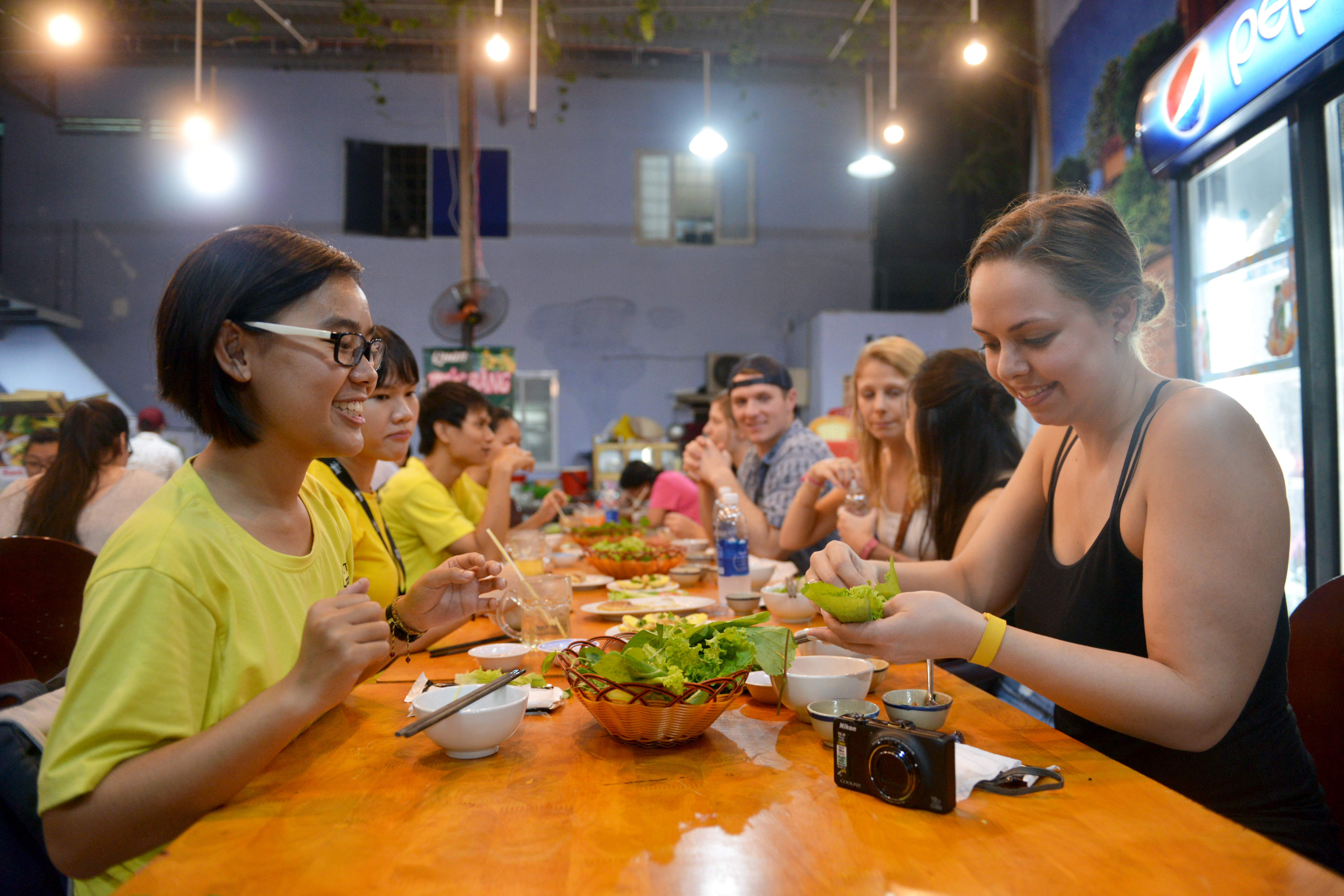 A number of foreigners living in Vietnam answered a call by Tuoi Tre News to share their 'journey' of integration into local culture.

Respect others, respect yourself

I’ve lived and worked in Vietnam for nearly 10 years. When I first arrived here years ago, I was quite surprised with the cultural traditions of the Vietnamese. I mostly knew about Vietnam through my native Vietnamese friends and compatriots who came here before me.

Since I was married to a Vietnamese girl, I had many opportunities to learn about the country, especially about the customs, beliefs, and famous people that the Vietnamese community typically respects. I think each country has its own culture and behavior.

In accordance with the expression “when in the Rome, do as the Romans do," I think you have to respect the culture when you go to another country.

America has a reputation for being a country of freedom, but in fact there are laws that people must abide by, so why give yourself the right to do whatever you want when you go to another country?

For me, showing respect for others also means respecting yourself. When you behave inappropriately, others have the right to underestimate your culture and behavior, regardless of the country you come from.

Why use the sidewalk as a toilet?

I first visited Vietnam in 2009 and moved here in 2011. Though I remember thinking that some things were strange and different from what I was used to, it wasn't really a ‘culture shock.' When you travel overseas you begin to understand that not everything works in the same way and not everyone thinks and behaves in the same way.

You must become respectful and tolerant of the differences. That is the benefit of travel - experiencing new cultures and broadening your mind.

As a street photographer, I realize that the culture of the Vietnamese is to be more open and welcoming than in the West which, generally, makes it easier to take photos.

So far, I think I cope well with most aspects of the local culture but there are definitely things I still struggle to understand. Why do people insist on driving through red lights? Why do men insist on using the sidewalk as a toilet? And why is the culture such that we shouldn't say anything about these things? I mean, I know why it is but I don't understand why people seem to be so accepting of such anti-social behavior.

Show gratitude by being respectful

When you go to another country, you should respect that country's culture. You should be careful that the things you say and the way you behave in public don't offend the people around you. After all, you are a guest in the country and, if a country has welcomed you through its borders, the least you can do is show gratitude by being respectful and open-minded to its customs.

I think foreigners should be able to express criticisms. However, there's a big difference in expressing disappointment and insulting someone or something because you're disappointed.

I first came to Vietnam in the summer of 2016. I suffered a culture shock for the first few months until I learned to adjust to the differences and shrug off what didn't directly affect me. Vietnamese culture is a lot more restrictive and traditional than my culture, especially with regard to the way women should behave. When I defied a lot of the expectations for how a "proper" woman should behave by Vietnamese standards, I was judged and scolded. It bothered me a lot in the beginning.

In addition to that, a person in their early twenties in Vietnam is treated as though they're still a child, so I often wasn't taken seriously simply because of my age.

I came to Ho Chi Minh City, Vietnam for the first time in 2005. It was only for three days but I had no culture shock, except for being puzzled by the number of motorbikes on the road. I had never seen so many motorbikes running down the main street trying to squeeze through such small openings.  At that point, I was even worried about simply crossing the road. It only took a day before I realized that it was not that bad as I thought. When I moved to Hanoi, I spent two and a half years riding my own motorbike!

My only worries before arriving in Vietnam were the language barrier and how I would communicate with people. I also didn’t know any Vietnamese people and wasn’t sure how it would be to deal with them. However, I did not find much difficulty with the language or communication because people are so friendly and helpful.

The first culture shock I had in Vietnam was when I saw dog meat for sale in the street. It was very difficult for me to see.

At work, things were quite exciting. My colleagues were so nice, open and friendly. I became friends with everyone within the first week. When we had lunch together, my colleagues, including the women, used to say – Shyam eat this food, this is good for men. It was kind of amusing and kind of a shock for me that Vietnamese women are so open. You don’t find that in many countries, even Western countries.

It did not take that long for me to get acquainted with Vietnam. In no time, I became semi-Vietnamese!

Shocked at rules on the road

My wife and I moved to Vietnam roughly three years ago, firstly to Hanoi and then to Saigon. In Hanoi, what shocked us most were the rules of the road. People ignore traffic signs and regulations, drive on the pavement, and show little regard for other road users and pedestrians. To us, this seemed illogical and dangerous.

Furthermore, the dual pricing system used by many vendors in Hanoi irritated and angered us. It is something we had never experienced before (having travelled to and lived in several countries).

I guess that the main cultural (if you can call it that) difference I feel in my work life is the entire educational system. I am aware that Vietnamese education relies a lot on rote learning and memorization, followed by excessive testing. This is not the way we learn in the West (or in my wife’s country). Instead, our educational systems stress independent thought, analytical skills, and opinion formation.

Fifteen minutes in a taxi was like an airplane trip halfway around the world, finishing disoriented in a far-off land, surrounded by the unfamiliar