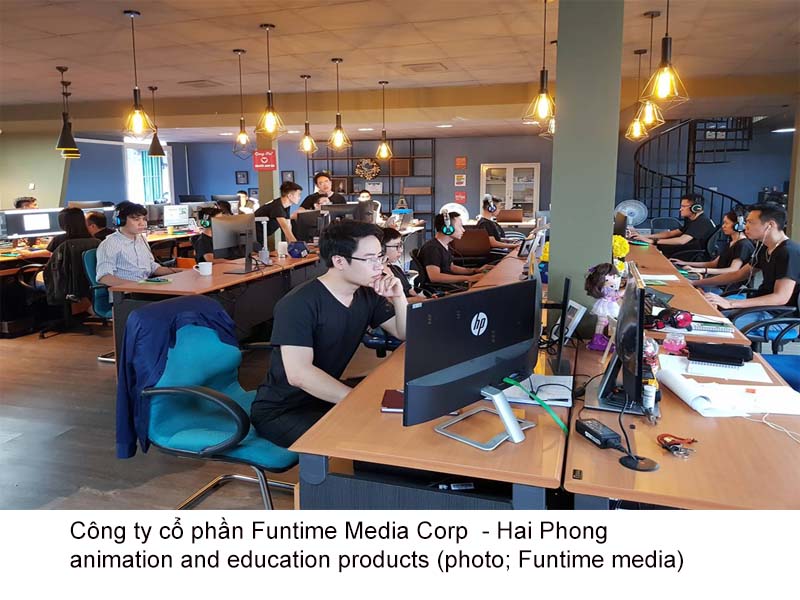 Anime in Vietnam – Part 3: Issues and the Future

A number of these issues would be very familiar to foreign and local business people.

For many entrepreneurs a particular frustration is the investment in training people who leave for higher salaries or start up competing businesses.

As Vu Pham from Rainstorm Films pointed out, “…As a business owner, I have to say, it’s long hours and low pay but not everyone (most that I know, I don’t know everybody out there) can produce the same productivity as they gain salary.” He goes on to say, “…Then my tactic for that is giving employees a fair enough salary but offering more bonuses to them per project… It works a bit, still they leave for other companies because of a higher salary every month or it’s just because there’s less stress.” However, he did mention, “…Still there are many productive artists but they work for themselves. As freelancers, they earn their own money, own benefits, they will be happy to show their great productivity.”

Nguyen Xuan Hien, who has worked as a freelancer, highlighted her situation, “Animation is new in Vietnam. I think there’s so much opportunity. But if you want to earn money from this job, you have to learn more and more.” That brings me to the next point, training.

As I mentioned in part 2 of this series; there are few art schools in Vietnam and almost none that offer high-end computer graphics and animation courses. The majority of Vietnamese animators have attended some kind of graphic arts course or computing major yet for animation these artists are frequently self-taught or gain experience bit-by-bit on the job. It’s no surprise that new and more powerful animation software appears each year and the learning curve on this can be very steep.

As Le Vinh (not his real name by request) noted, there weren’t a lot of study options. He named VTC Academy Ho Chi Minh (and) mostly centers opened by foreigners: Cg Tarian, I Animate, Animation Mentor. He advocates, “…To develop this industry, we need support from the government and mainstream universities with serious training in animation. Because this is an industry where everything in a movie is made from nothing, unlike live-action movies with available “resources” – actors. It’s very tough, but in Vietnam animation artists are paid very low for the values they create.”

Also well known to business owners is the lack of soft communication and team skills taught to fresh graduates who have to get up to speed in an extremely busy environment involving many teams working on different tasks. These tasks, drawing, checking, reviewing, correcting, managing and including the computer and art work, are generally called the ‘pipeline’ – and newbies to the business need to embrace the workloads quickly. This informal training adds unwanted time to the production process and costs money.

Hidden in the middle of all of this is the creative issue of quality storytelling. Between 2010 and 2012, there was a chorus of criticism at the lack of imagination resulting in bland, outdated and unattractive animations that didn’t meet the public’s interest in cartoons and full-length animations; the connection to the audience. Even to the present day, locals prefer foreign animation movies which are good money spinners for the Vietnamese cinema market.

This has been partly fed by the easy access to Japanese and Korean animation which raises people’s expectations about the appearance, sound and message of the films. In other words, Vietnamese animators need to incorporate more international styles and influences in their work.

As an example of this, last year, VinTaTa Film Company produced a popular new Western style animated cartoon called Monta Trong Dai Ngan Ha Ky Cuc (Monta in the Bizarre Galaxy) featuring strong storylines and vivid artwork. It may become part of the next twist in the evolution of Vietnamese animation for local consumption.

To counter this, a number of local production houses, including Colory, along with freelancer animators hosting training courses as a sideline, are now running courses in storytelling and narrative, its techniques and the process of checking storyboards and overall themes. Interestingly, I discovered that the U.S. Embassy in Hanoi would host a workshop in Laos inviting animators from across Southeast Asia to come and learn about storytelling and ‘pitching’ (selling) ideas to clients.

One solution that hasn’t been explored so much is the rising popularity of local and manga (Japanese) comics and storybooks; a good source of writers and ideas. A major stumbling block is the problem of protecting and enforcing copyright laws. The laws are still weak and don’t effectively cover the profusion of new Internet-based media; local animators hosting and promoting their products on YouTube for example.

For the most part, Vietnamese animation still has a bright future as the demand for animators and products increases globally. While animation for the local market is still a modest percentage of what’s generated, the enthusiasm, passion and skills of the local workforce are getting better each year and already match many of the requirements of foreign clients and the large businesses in Vietnam looking to promote real estate, housing, technical products and export promotions.

So the industry is growing nationally. In researching this story, I found animation studios in Da Nang and Hai Phong as well as Hanoi and Ho Chi Minh City. As Da Nang targets itself as a high-tech hub and the lifestyle is better than the main cities, I expect more studios to locate themselves in the center as well. However, interest and motivation are high, so providing that content can become more popular and Vietnamese animation gains a reputation overseas – the future could be very bright.

They made the base of their sauce using fresh tomatoes, garlic, onions, fish sauce, fresh chilis, and a bit of beef or pork broth, then let it simmer for a while