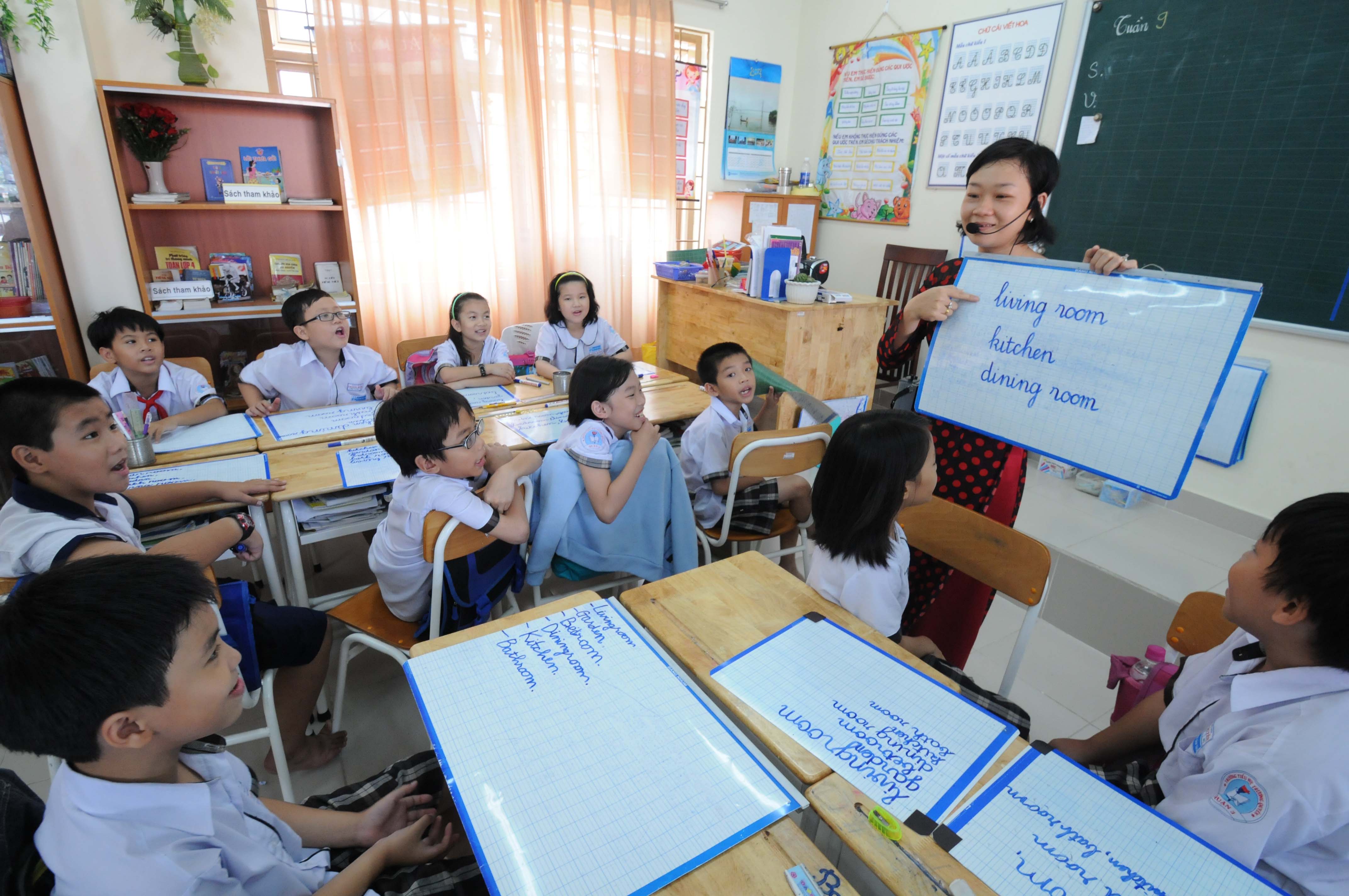 Singaporean weighs in on why English competency is essential to Vietnam

Chairman of the Ho Chi Minh City People's Committee Nguyen Thanh Phong has recently called on departmental heads in the city to improve their English competency.

At a conference discussing the city’s socio-economic state in late October, the chairman said that it was unacceptable to see young officials always be accompanied by translators for on working trips abroad, as they could not speak English.

“Ho Chi Minh City aims to be a big economic center of the region and is on its way to building a smart city, so it’s unacceptable that a young department’s director must always need a translator,” he emphasized.

“English competency is the first thing to work on," chairman Phong added.

Singaporean Darren Chua sent Tuoi Tre News the following article expressing his thought on the importance of English competency to a country's development.

With 11 years of teaching English and financial trading experience, he leads a team of financial consultants for a stock brokerage firm in Ho Chi Minh City, Vietnam.

Visions of a leader: The call to improve English competency

Behind every strong nation lies a handful of strong leaders with a vision for their people and the ability to act on their vision and provide strong governance. They are willing to do whatever it takes to grow the country in terms of economic prosperity and progress.

Information from the World Bank shows “economic and political reforms under Doi Moi, launched in 1986, have spurred rapid economic growth, transforming what was then one of the world’s poorest nations into a lower middle-income country. Between 2002 and 2018, more than 45 million people were lifted out of poverty. Poverty rates declined sharply from over 70% to below 6 (US$3.2/day PPP), and GDP per capita increased by 2.5 times, standing over $2,500 in 2018.” This is the combined result of great governance together with an enterprising population that doesn’t fear hardship.

If English is spoken at the national level, then the voice of Vietnam will be heard on the international scale.

In reference to Mr. Nguyen Thanh Phong’s speech on 22 October 2019, I believe it was a call to the next generation of leaders to improve their English competency due to it being the international language of trade and commerce. With Vietnam expected to be in the world’s 20 largest economies by 2050 (according to a PriceWaterCooper report), fluency in English will be advantageous on an international level when communicating with their foreign counterparts.

The past leaders spent their lives building the infrastructure of the country, paving the way that every child of Vietnam today has the opportunity to pursue excellence in self-development. The next step is then for the new generation of leaders to build on the mindset and legacy passed on to them, and take Vietnam to the next level on the world stage.

Case study: Singapore connects with the world, through English

Using Singapore (a multicultural, multiracial society) as a case study, the ethnic demographics consist of around 75 percent of Chinese, 14 percent of Malay, nine percent of Indians and two percent of others. As Malays are the indigenous community, Malay is also the national language. So how did English become a foundation stone in Singapore’s success?

Singapore was a British colony for about 150 years. After gaining independence in 1965, led by Mr. Lee Kwan Yew, the Singaporean government decided to keep English as the main language. This served to bridge the gap between the diverse ethnic groups in Singapore. The use of English – as the global language for commerce, technology, and science – also helped to expedite Singapore's development and integration into the global economy for the last century

Public schools in Singapore use English as the main language of instruction except for the mother tongue lessons (eg. where the mother tongues of each race, Mandarin, Bahasa Melayu, and Tamil are taught). The wide use of Singlish led the government of Singapore to launch the “Speak Good English” movement in 2000, in an attempt to replace Singlish with Standard English. English is a "working language" that serves the economy and development and is associated with the broader global community. Meanwhile, the rest are "mother tongues" that are associated with the culture of each ethnic race.

The majority of Singaporeans today speak more than one language, with many speaking three to four. Most Singaporean children are brought up bilingual (knowing two languages). They are introduced to Malay, Chinese, Tamil, or Singapore Colloquial English (Singlish) as their native languages, depending on their families' ethnic backgrounds and/or socioeconomic status. As Singapore’s economy is highly connected to the rest of the world, proficiency in English is a basic requirement in most professional jobs.

The writer of this article is very grateful to the late Mr. Lee Kwan Yew. His excellent foresight half a century ago led a tiny nation to be a nation relevant to the global economy. Knowing many languages surely is an advantage as the world is becoming smaller through globalization.