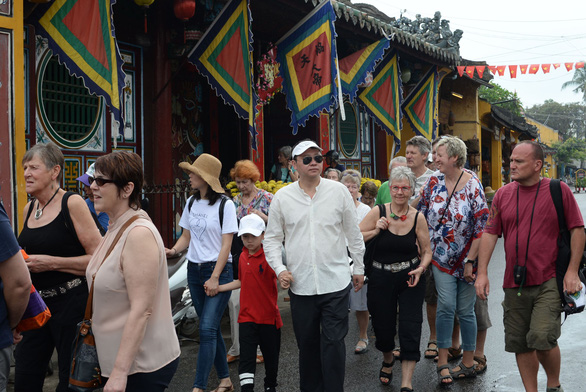 Every destination has its particular habits, rules, and quirky customs, with Asia certainly having its share of beauties.

Singapore springs immediately to mind because they have had a law against possession of chewing gum in place for decades.

Tipping service staff has almost endless variations around the world. Generally, it’s not in vogue throughout Asia, especially in Japan and South Korea, where it’s considered strange or downright rude in many situations. Taking pride in one’s job, no matter how menial it may be, is deeply ingrained in the culture, so tipping is perceived as condescending.

On the island of Bali in Indonesia it’s customary to use one of only four given names, Wayan, Made, Nyoman, and Ketut, for newborn children that indicate first to last born in a family, so there are tens of thousands of kids with identical names wandering around. My first reaction was: “Does every child in the neighbourhood with the same name come running when mothers holler out the door that dinner is ready?"

Vietnam has its share of great quirks and customs just like anywhere else, so I’ve selected a few that are bound to make your visit more comfortable and enjoyable:

Don’t you hate it when you travel abroad and get money from an ATM machine only to discover you’re stuck with large denominations that practically no vendor can change? Drives me nuts. Then, on top of that, retail shop staff are chronically short of small bills so they request them from us customers, often before we select anything and go to pay. Instead of managing not having small bills, why not just get them in the first place?

Such hassles are extremely rare in Vietnam because vendors actually have small bills on hand! If you catch them short, they won’t shrug or complain, they’ll go find change for you.

2. Anarchy on the roads

Driving in Vietnam is very loosely organized pandemonium, making it tough for the less-experienced driver to get a feel for it. Most locals are blissfully unaware that they’re sharing the road and take off willy-nilly in all directions without so much as a cursory glance around them.

The result is that very few care what others think of their driving, with foreign drivers getting no leeway nor even an iota of sympathy. Sound like trouble? Hell, no! It’s a great opportunity for visitors - the green light to go ahead and drive like a complete idiot should you feel so inclined.

Sometimes local drivers will shoot you some choice words, but road rage is uncommon. Since most people are driving like lunatics there’s nearly nobody left in a position to criticize others, unless you attract the attention of the police.

When’s the last time you heard of anything for sale for US$0.10? You read it right - 10 cents! It’s been decades since I saw anything that inexpensive in my part of the world. How about something for that price that is really delicious, high quality, and readily available all around town?

In many rice-based cuisines in Asia you’ll be lucky to find boring, sliced white mass-produced bread, but not in Vietnam. Not only is the local 'banh mi' (the Vietnamese equivalent to a hoagie roll or baguette) as cheap as chips (VND2,000 or $0.09), but it’s delicious, so fresh it’s often still warm from the oven when you buy it, and can be found just about anywhere.

4. Religion is not in the forefront

I once lived in a country where the Christmas carols started promptly on September 1 and carried on all the way into January, nearly driving many of us insane in the process. Neighborhood karaoke machines, taxis, restaurants, loudspeakers in malls, and cars at stoplights all spewed out the same 10 carols incessantly for months on end.

Or, have you ever slept near a mosque to be awoken at 4 am for early prayers? Those lilting tones are magnificent, but at that time of day I’ve got other plans.

Here in Vietnam, most people follow local folk religions based on Confucianism and Taoism while retaining some Buddhist and Hindu practices, all of which are low-keyed and peaceful.

There’s nothing worse on a trip abroad than having a pleasant stroll interrupted by vendors trying to sell you something every time you stop to appreciate the scenery. In some countries vendors are placed literally every few meters on the street, so all you hear is “Restaurant? Hotel? Taxi? Massage? Temple? Shopping? Tour?”

Visitors end up focusing on how to run the gauntlet of vendors instead of enjoying the surrounding atmosphere.

In the most popular tourist areas in Vietnam there are irritating salespeople, tour guides, and touts that hound pedestrians, but for the most part vendors are stationed in a convenient location and wait passively for potential customers to saunter along and stop if they wish.

This charming little custom is generally not valued by Westerners, but discarding waste on restaurant floors in Vietnam is simple, easy to manage, and less sweat for the staff. Unless you’re eating from the floor, hygiene is not an issue, plus the staff can simply sweep it all up later without a lot of fuss.

For the diner, nothing could be simpler! Imagine that cartilage you’ve been gnawing on for 10 minutes - just fire it under the table and you’re done with it.

Bear in mind that many upper class joints frown on the idea, so the best way forward in such establishments is to take a discreet glance under your table upon being seated, or drop your napkin for a detailed assessment of whatever may be lurking in the dark. If you spot carcasses, bones, or other cast-off remnants, you’re good to go, otherwise choose the civilized route.

I struggle to think of another developing country in Southeast Asia that has as little dog poop in the streets as Vietnam. Despite having a robust number of dogs, the streets here are almost poop-free, which is amazing given all the other garbage randomly strewn around. For a while I was wondering if there was an official Civil Dog Poop Brigade, but it turns out the locals are big on “poop and scoop.”

This point is most encouraging for those who enjoy strolling around, and has a practical slant to it as well: Instead of having to keep your radar up for little presents, you can focus on holes in the road, uneven sidewalks, vendors, and other random obstacles while pounding the pavement.

Prices are marked on most goods in retail outlets in Vietnam, thus averting a huge hassle for naive visitors. Street vendors are a different story with some having prices displayed and others not, so keep your wits about you.

You can actually have a pleasant non-haggling shopping experience here as long as you’re wary of unscrupulous taxi drivers and petty scam artists in the larger cities and tourist magnets, just like anywhere in the world these days.

If you’re in Europe the emphasis is on formality and elegance when in public, so people practically have to don a tuxedo before going out for a loaf of bread.

In Vietnam many people take short neighbourhood trips wearing either pyjamas or similar house apparel and nobody even notices. So, if you’re going for a quick coffee, a bite, or to the corner store, there is no need to dress up, just take off in your jammies and nobody will bat an eye.

Vietnamese people are typically warm and welcoming, but visitors need to be aware of one quirk in order to avoid potentially dramatic situations: Locals have an extreme curiosity about foreigners and our behaviour, which includes whatever we may be toting around. Given some of the foreigners I bump into around here, I can’t blame the locals one bit for being wary - I would be too if in their position.

Take my advice and carry a dark-colored plastic bag with you at all times, which will conceal your possessions from prying eyes.

The locals will be absolutely dying to know what’s in the bag, and you’ll sense that, but play innocent and pretend you haven’t noticed their curiosity, thus leaving them stuck. All they can do in total desperation is try to force open the bag to reveal the contents, which is exactly what happened to me the other day.

A man working on house renovations whom I vaguely recognized stopped me right in my tracks and brazenly attempted to pry open my dark plastic bag to see what was inside. I sternly rebuffed him, uttering "bi mat!” (pronounced “bee-mut”, meaning “secret”), and marched down the street with the contents of my bag (chicken legs, string beans, pasta, and some cheese) secret and intact.

These little tidbits may seem trivial, but believe me, they can turn an average visit into an epic, unforgettable experience, and, best of all, these little gems can’t be found in those glitzy travel publications.

Laugh all you want, but I honestly put the banh mi sandwich right at the top of the list