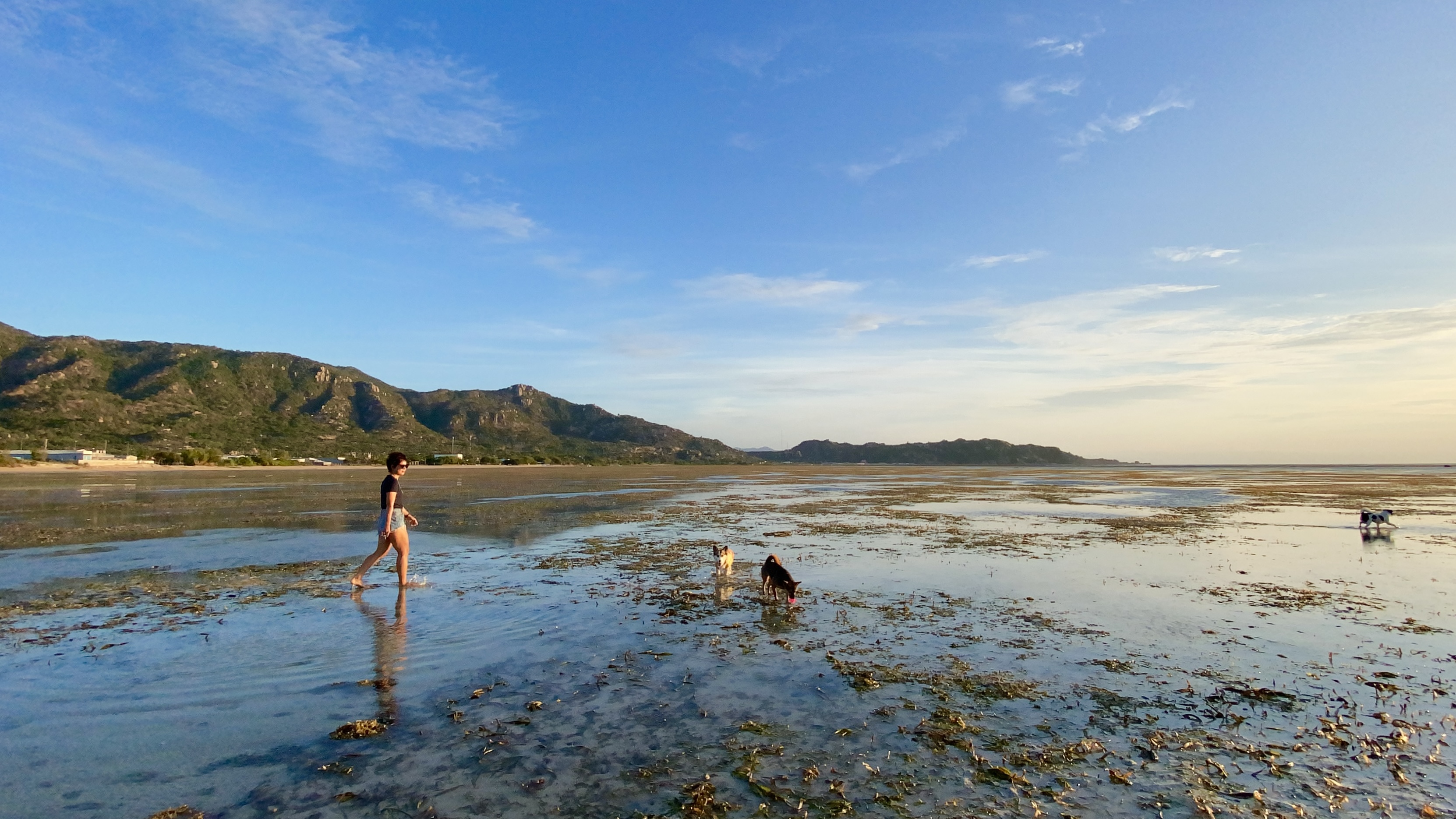 Editor’s note:Hong Anh was born and raised in Ho Chi Minh City. She began considering quitting her 9-5 job in the southern metropolis in the middle of the COVID-19 pandemic. Once Vietnam lifted its social distancing restrictions, she left the city and relocated to a remote coastal town in south-central Vietnam.

A supplied video shows Hong Anh playing fetch with her dogs on a beach in My Hoa Village, Ninh Thuan Province, south-central Vietnam.

Nine years and six months since graduating in June 2012, including two years of COVID-19, my dream of freedom finally came true. I was free to go wherever I wanted, free to do whatever I wanted, and most importantly, free from worries about money.

I worked in banking for more than seven years, then switched to a securities firm right before COVID-19 broke out. The VN-Index hit a historic low of 660, presenting a unique opportunity to invest in stocks in early 2020. It then climbed up to 1,450, a 220 percent increase in only 20 months, when I decided to leave.

No one could have predicted the stock market to jump so high. My success was 30 percent hard work and 70 percent good luck. I was in exactly the right place at the right time.

Nevertheless, quitting was scary because I did not have a plan. Even though I had already made the decision to quit my 9-5 job, submitting my resignation still felt surprisingly like a spontaneous moment.

Suddenly, my free time became abundant and I was forced to think seriously about what to do with it. Traveling abroad was not feasible [because of the pandemic] so I decided to rent a car and go on a two-week road trip with my three dogs before Tet [Vietnamese Lunar New Year, which was due in February 2022].

My planned route was Saigon - Bao Loc - Da Lat - Phan Rang - Lagi - Long Hai then back to Saigon. I expected to stay for a maximum of two to three days in each location.

The coastal city of Phan Rang, however, captivated so much of my attention that I skipped the rest of the plan and stayed for a whole week. Phan Rang in January was windy, sunny, and had the kind of relaxing vibe that makes you feel lazy.

Each day, I took things slowly, visiting popular tourist attractions in the area such as Vinh Hy Bay, Rai Cave, and more.

Little did I know that I would eventually wind up in a place called My Hoa Village, about 25km from Phan Rang City and 10km from the famous and expensive resort Amanoi.

Out of mere curiosity when seeing colorful kites flying in the sky, I walked into a kitesurfing school and decided to learn the sport.

Time went by fast. I was drawn into learning the new sport, making new friends, and exploring nearby markets filled with local foods. One of my favorites was a small banh xeo (Vietnamese sizzling crepe) with freshly caught shrimp and squid for just VND4,000-6,000 (US$0.17-0.26).

A week went by in the blink of an eye.

When I returned to Saigon I immediately felt drained. The city was busy preparing for Tet. My body was in Saigon, but my mind was in My Hoa.

The next morning, after a good sleep, the feeling remained the same. That’s when I decided to text my landlord and end my contract (I moved out from my parents' house years ago). My decision to relocate to My Hoa was finalized just 24 hours after coming back to Saigon.

When Tet was over, my dogs and I hopped on a train to My Hoa with a suitcase and a motorbike.

If anyone asked me why I relocated to that remote village, I would say “because my dogs were so happy there.” In Saigon, they spent almost the whole day in my 45-square-meter studio and only went out twice per day for a 30-minute walk. In My Hoa, they can run freely all day on white sand and they have so many friends to play with.

Besides, having a laptop and Wi-Fi, I can easily trade stocks with a view and atmosphere that are vastly superior to Saigon.

There are a crystal-clear sea, white sand, bright sunshine, and a cool breeze. There are enough people around to feel accompanied but not too many to feel crowded. The vibe of My Hoa is simply different than nearby touristy Nha Trang or Mui Ne: calm, chill, and peaceful.

Plus, a box of amazingly delicious corn sticky rice with sesame salt for breakfast costs VND5,000 ($0.22).

Every day, I wake up to see the sun rise over the horizon. Then, I play fetch with the dogs in shallow water when the tide is low. The afternoon is for kitesurfing. The evening is spent with new friends or quietly watching the full moon ascend from the water still like glass.

When the main kitesurfing season (from late October till late April) is over and summer comes, people usually move to somewhere else as My Hoa can become too quiet but I stay. Some days, I go diving and fish hunting, trekking in Nui Chua National Park, surfing in the Binh Tien area or bathing in the cool water of a nearby spring. Some days, I simply enjoy the surrounding stillness and find my inner peace.

For me, there is no bad day in My Hoa. What else could I wish for? 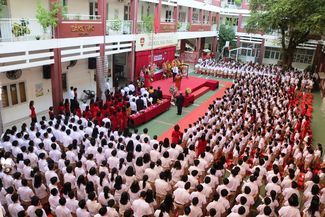 The students were hospitalized for emergency treatment, and none of them reported serious developments

Despite ups and downs in their relations, Cambodia and Vietnam have been able to maintain friendly relations over the past 40 years