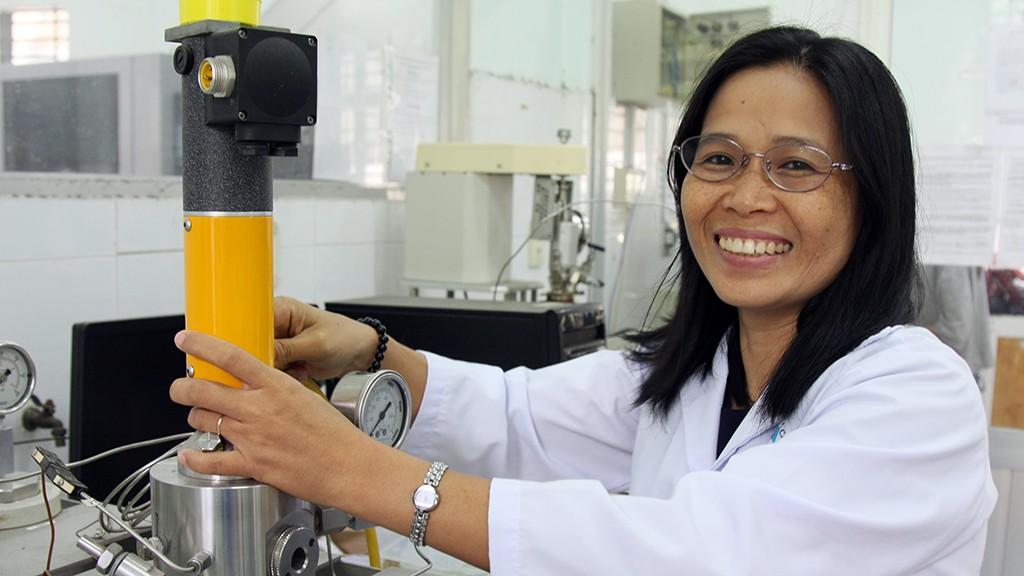 A female Vietnamese scholar has been named among this year’s top 100 scientists in Asia by the Singaporean magazine Asian Scientists.

Associate Professor and Doctor Le Kim Phung, 42, vice dean of Faculty of Chemical Engineering at the Ho Chi Minh City University of Technology, was included in the Asian Scientist 100 list for her research in producing biofuel from agricultural waste.

In 2016, the intellectual was named a finalist of the ASEAN- United States Science Prixe for Women in the field of applied sciences.

“I was born to a family of farmers. That explains my love for the agriculture sector,” Phuc remarked. “Despite studying technology, I still want my work to involve farming.”

For that reason, Phung’s studies focus on the use of biomass – a product of agricultural waste such as rubber seed oil, ground coffee, and fruit.

Sharing about her past, the scholar stated that she enrolled in the University of Technology in 1994.  There, she proved that women can excel in technology and engineering by obtaining a bachelor degree and gold medal in chemical engineering.

Afterwards, she was asked to continue training at the school and, later, become a lecturer.

As Phung wanted to practice her knowledge, she decided to work for several companies for several years, before returning to the university for a master’s program.

In 2004, Phung attended Sheffield University in the United Kingdom as a research fellow and achieved her doctoral degree in 2008.

After returning to Vietnam, Phung realized the importance of biofuel in reducing the amount of pollutants and the green house effect.

Vietnam has serious potential for producing the clean energy thanks to its abundant agricultural waste.

The US$5 million project was aided by the Japan International Cooperation Agency and the Japan Science and Technology Agency.

The Vietnamese academic has released 24 international publications since 2009.

She has also directed dozens of projects and research works regarding renewable energy and material, several of which have been applied in Ho Chi Minh City and the Mekong Delta.

“I could not have succeeded without the help of my university, which has given me many opportunities and provided me with research labs and equipment,” Phung stated.