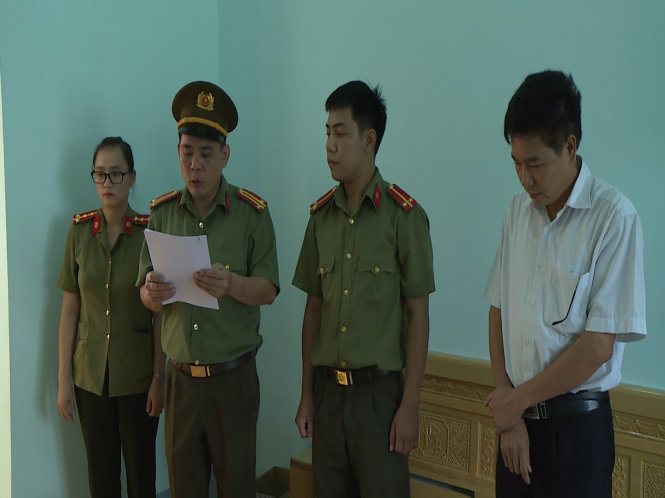 ​Details unfold on how exam scores in Vietnam were manipulated

As investigation continues into an unprecedented test-score cheating scandal, where hundreds of Vietnam’s national exam candidates in at least two provinces had their scores altered for better results, details have unfolded on how strict security measures were bypassed to pull off the unthinkable crime.

In the northern province of Son La, legal proceedings were on Tuesday launched against five local education officials suspected of manipulating the exam scores, with three of them arrested and the other two barred from leaving their place of residence.

According to sources familiar with the investigation, the group of officials had worked together under the leadership of Tran Xuan Yen, deputy director of Son La’s Department of Education and Training.

They were allegedly contacted by parents of the candidates before the exam and promised to help alter the students’ scores for better results at a ‘negotiable price.’

Yen alone confessed to having agreed to help 13 cases, as investigators are still questioning his four accomplices to see how many candidates they had been asked to assist.

After the exam, which ran from June 25 to 27, answer sheets for tests that were in a multiple-choice format were scanned into digital image files stored on a computer located inside the headquarters of Son La’s education department.

All original answer sheets were also stored inside a sealed location at the same department after the scanning process.

The scanned files were never supposed to leave the high-security area, but Yen took advantage of his power and duty as head of the multiple-choice processing team to instruct his subordinates to copy the image files into 16 compact discs, which he sneaked out of the venue and took home.

At home, Yen searched for files containing the answer sheets of the candidates whom he had agreed to help and checked their answers to see how much they scored.

Depending on the gap between a candidate’s actual scores and how much they wanted to get, Yen would negotiate a ‘price’ for manipulating the scores.

After an agreement was reached, Yen returned to the education department, where he and his accomplices would take out the original answer sheets of the 'customers' and started to change their answers so that their scores would match how much their parents had agreed to pay for.

The manipulated answer sheets were then re-scanned into new image files, which were processed with computer software that automatically scored and output final exam results.

When the Ministry of Education and Training dispatched inspectors to Son La to look into suspicions of score manipulation on July 18, Yen instructed his subordinates to destroy the CDs and erase all data of the original image files on the computer to cover up their crime.

Options to restore the deleted files are being considered by investigators.

If all else fail, forensic experts may have to get involved to trace the original pencil marks on the candidates’ answer sheets.

With the exception of literature, all test papers for other subjects in Vietnam’s national high school exam this year were in a multiple-choice format.

Candidates marked their choices with a pencil on a separate answer sheet, which were then scanned into image files and scored digitally using computer software.

Copies of the image files were also sent to the education ministry for archiving, but in the case of Son La the files archived by the ministry were already edited.