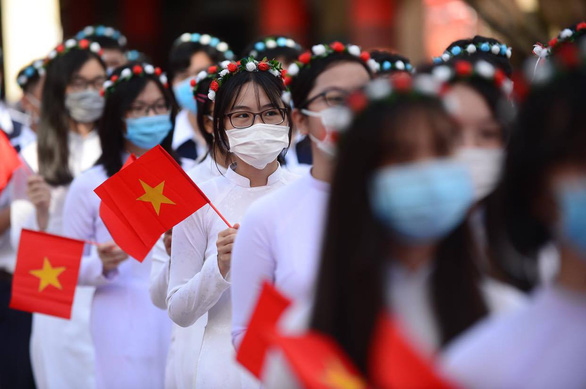 Nearly 23 million Vietnamese students officially began their 2020-21 academic year on Saturday, when schools across the country kickstarted the new school year amid the 'new normal' of implementing COVID-19 prevention and control rules.

Schools across 63 Vietnamese cities and provinces, except Da Nang — the country’s COVID-19 outbreak epicenter at the moment, held school opening ceremonies in a brief manner on Saturday morning.

The ceremonies were largely symbolic as students in some localities had already resumed school earlier this week.

Schools are tasked with actively building their own education plans so as to be prepared for every situation of pandemic developments and avoid interruptions to teaching activities.

It is estimated that Hanoi's nearly 2,800 schools will welcome more than 2.1 million students this school year, an increase of 68,000 students from the previous year.

The capital city said it has ensured that 100 percent of the local schools are well-prepared for COVID-19 prevention and control.

Ngoc Han, a tenth-grader representing students at Mac Dinh Chi High School, said that she hopes to not experience multiple interruptions from school as in the previous school year although she has prepared for changes in her study in the ‘new normal.’

Meanwhile, Xuan Huy, an 11th-grader at Phu Nhuan High School in Phu Nhuan District, said he is happy to reunite with his friends in the new school year, which he feels more special due to the COVID-19 pandemic.

At Huy’s high school, only 700 students in the tenth grade and 20 representatives from 11th and 12th grades participated in the school opening ceremony on Saturday — instead of all of the school's 2,500 students — to prevent the spread of COVID-19.

Likewise, in Quang Nam Province — which borders Da Nang City where hundreds of COVID-19 cases have been reported since July 25, only students in the first, sixth and tenth grades and some representatives of other grades attended Saturday's ceremony.

Bars and discos, along with a number of other non-essential businesses and services, have been suspended in Ho Chi Minh City for five months 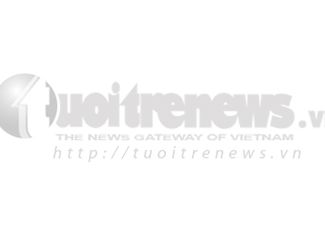