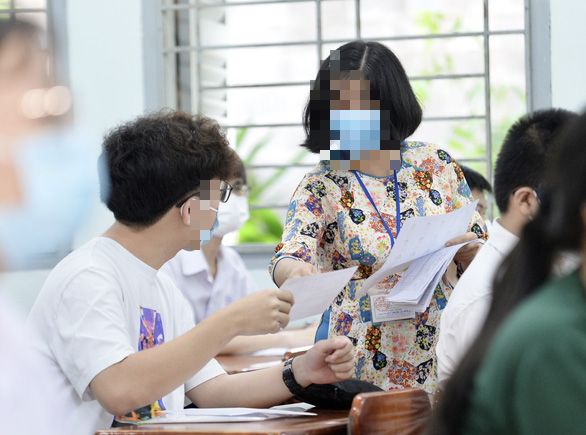 The Vietnamese Ministry of Public Security announced on Friday night the legal proceedings against two former teachers in Hanoi for the investigation of leaking questions of the biology subject at the national high school graduation exam in 2021.

Pham Thi My, a former teacher at a school under the Hanoi National University of Education, has been arrested and prosecuted for “abusing positions and powers while performing official duties.”

Bui Van Sam, My’s former colleague, has been sued and forbidden to leave his place of residence for the same accusation.

The legal actions against My and Sam received the approval of the Supreme People’s Procuracy.

According to the indictment, in 2021, Dinh Duc Hien, a math and biology teacher at the Hanoi-based HOCMAI online learning platform, reported to competent authorities about the similarity between the questions of the biology subject of that year’s national high school graduation exam and those given by Phan Khac Nghe, deputy principal of Ha Tinh High School for the Gifted, to his students for reviewing before the exam.

As Hien’s report quickly gained the public attention, the Ministry of Public Security requested the Ministry of Education and Training to set up an interdisciplinary working group to verify the case.

The working group then discovered “some unusual signs during the process of building the bank of questions” for the 2021 national high school graduation exam.

In Vietnam, the national high school graduation exam, considered as one of the most important events in the life of every student, is organized in July every year for 12th graders and independent candidates.

The exam results are used for both high school graduation and enrollment in universities and junior colleges.