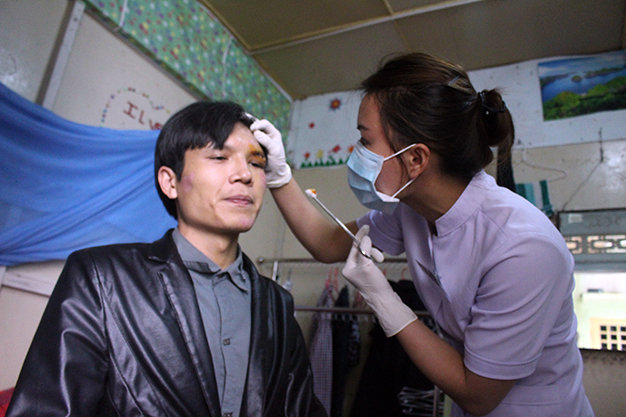 Three fresh graduates are now offering the first-ever home medical care services in the Central Highlands province of Lam Dong, and cherish their dreams to expand the scale of their services even further.

“Alo Care” was one of the winning projects at the 2013 Pernod Ricard Entrepreneurial Startup Contest, which was jointly organized by L’Appel and Pernod Ricard Inc.

For over 40 years the organization has carried out development projects to support children and their communities in three areas, including health and education.

Since last year, Hanh and her two partners, Nguyen Thi Hong and Dau Thi Van, both of whom are 22-year-old graduates from Yersin, have visited local doctors and requested their support for their project.

Their requests have been met with disbelief and rejections, as the trio are too young and lack experience, and the doctors already have their hands full with their hospital and private clinic schedules.

Undaunted, the trio persevered for months and finally managed to persuade a few doctors by proving that the hospitals in Da Lat are becoming alarmingly overcrowded and demand for home care services is huge.

The girls also brought up similar projects in Hanoi and Ho Chi Minh City to guarantee the success of their plan to their new partners.

With VND50 million (US$2,353) as part of the prize earned from the 2013 Pernod Ricard Entrepreneurial Startup Contest and another VND30 million they mobilized on their own, the trio inaugurated their home care services at the Lam Dong Rehabilitation Center last Thursday.

Hanh and her partners agreed that they won’t be paid during the initial phase.

Le Manh Hong, 30, one of their new clients, has used the Alo Care service for the second time.

Since no friends or relatives can take him to the hospital, he asked Van to come over and take care of his wound injury.

“I learned about Alo Care from a leaflet and gave it a try. I was surprised that only 20 minutes after my phone call, despite the torrential rain, a nurse showed up. The almost-two-hour service costs a reasonable VND90,000 (US$4.24),” Hong said.

Hanh said that the trio will cooperate with doctors from major hospitals across the province to expand and improve quality.

“In the near future, when we have sufficient funding and human resources, the possibility of growing into a home care service clinic is absolutely within reach,” she shared.