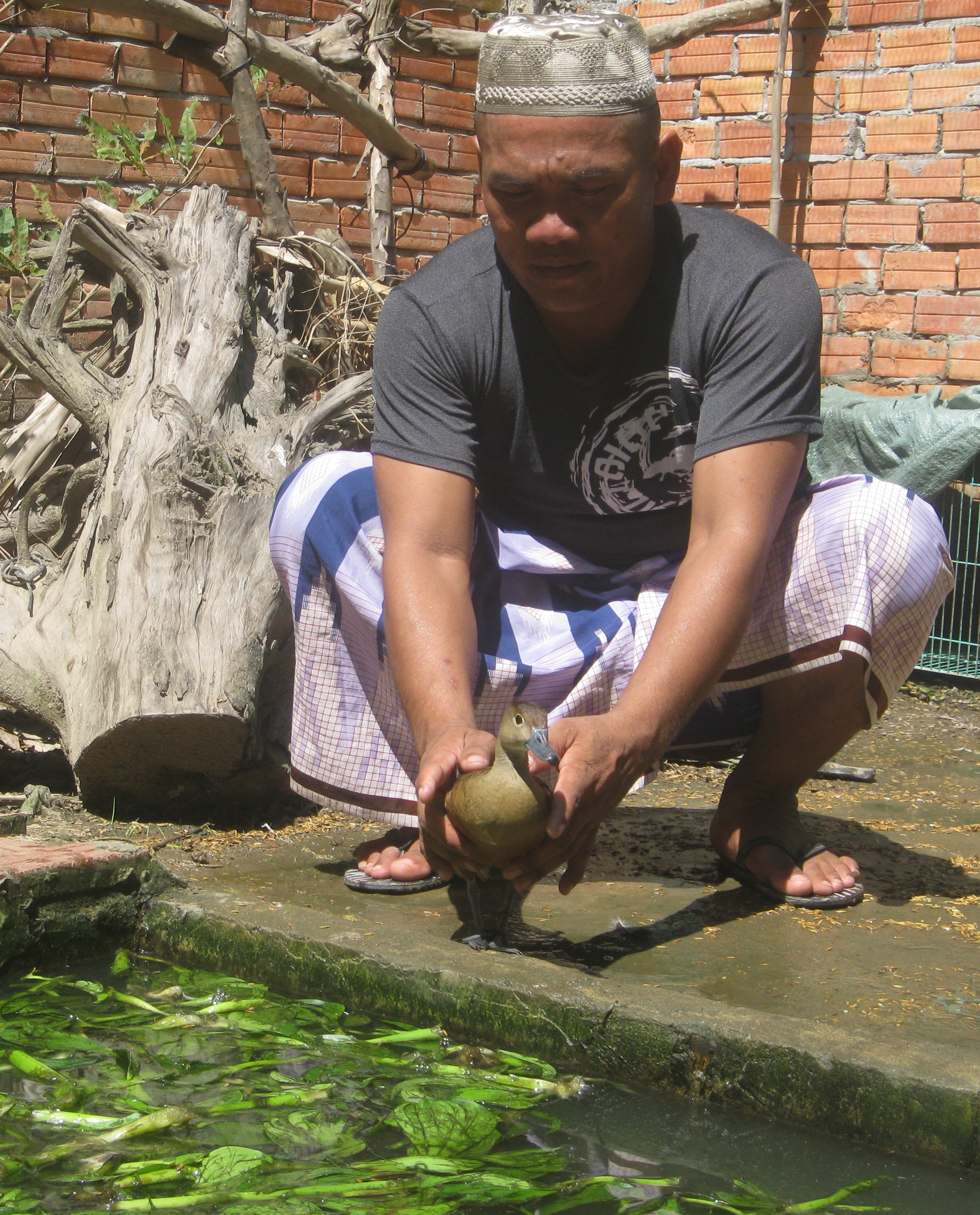 The ethnic breeder of wild birds in southern Vietnam

A Cham ethnic man in the Mekong Delta province of An Giang Province has carved out a successful business of raising and breeding “le le,” a wild bird once abundant in the delta, and helps conserve the species also.

This brown, long-necked duck has broad wings that are visible in flight and produces a loud, distinctive two-note wheezy call, which gives the duck its name.

His name is Sales and he lives in a Cham village in the province’s Chau Thanh District.

His ethnic community ranks 14th in size in the country’s general population.

Sales’ house boasts several large ponds filled with lush water plants, which are haven for his flock of over 1,000 birds.

The prices are sometimes even higher.

According to fellow villagers, several years ago, Sales was devastated when his debtors refused to pay him a whopping sum.

He then roamed the swamps and caught several “le le,” which he kept to soothe his sorrows.

Some years later, noticing that local hunters could sell their catches for good prices, he came up with a plan to farm the wild bird.

Sales’ plan was initially met with disbelief from his neighbors.

He trapped the young birds in the wild and paid others to hunt them.

Sales then trim the ducklings of their wing feathers so that they can’t fly high.

“Le le’ has good immunity to diseases due to living in the wild for generations. They thrive on water plants, ferns and low-quality husked rice, he added.

Sales’ flock has expanded over the years to over 1,000 birds now.

His clientele are mostly merchants who sell the birds to local restaurant owners and export them to China and Taiwan for their flesh.

The fast shrinking forested areas and wastelands for cultivation and rampant poaching have caused the number of the duck in the wild to plummet in recent years.

With his experience from keeping the birds as pets years ago, he noticed that sexually mature birds typically mate around July and August each year.

He attached rings of different shapes and colors to each pair, and provided them with separate cozy nests to lay and hatch their eggs.

Sales noted that separating the birds in pairs is key to his breeding success, as the birds won’t lay eggs if they stay with other pairs in the flock.

A mature female bird lays eggs every three or four months, with an average of eight to 15 eggs each time.

Sales’ farm is currently the province and Mekong Delta’s only registered supplier of young quality birds.

“Hopefully my birds will help locals succeed with their farming. As more are involved in the farming, the birds will be better conserved,” the 45-year-old farm owner shared.

A number of households in the province and others have expanded their flocks of “le le” from Sales’ quality breeding birds.