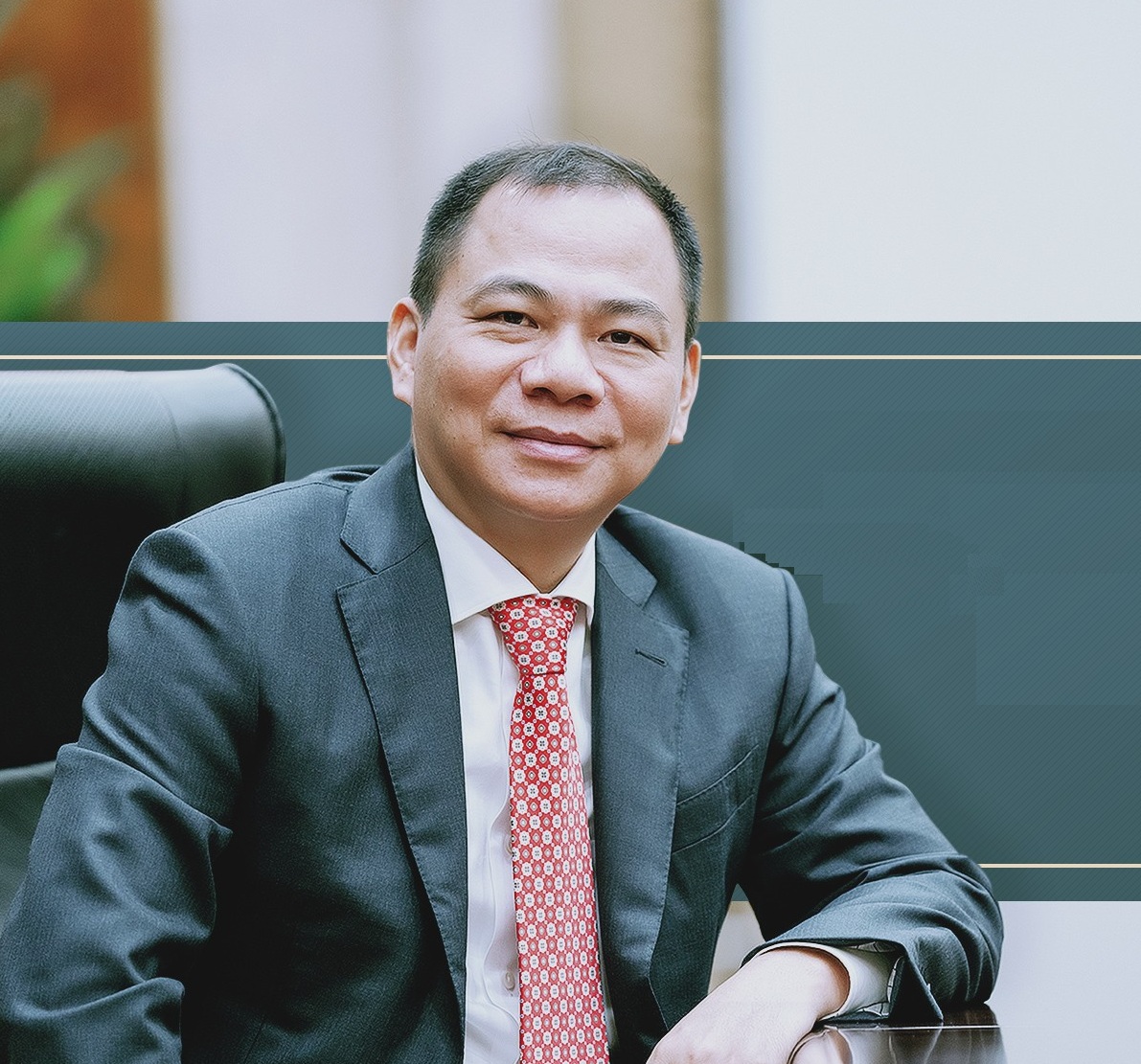 Pham Nhat Vuong, the chairman of Vietnam’s largest homegrown conglomerate Vingroup, sat down for an interview with Tuoi Tre (Youth) newspaper to discuss how he has expanded the company’s umbrella from property development to car-making and smartphone production.

Vuong spent several hours speaking with Tuoi Tre about topics ranging from the conglomerate’s new ventures, its attraction of talent, Vingroup’s corporate culture, and his own family and ultimate purpose in life.

2018 was a big year for Vingroup, one of Vietnam’s leading private enterprises in several fields including agriculture, real estate, entertainment, technology, health care, and education.

It also began building VinUni, a university on a par with international standards, and released Vsmart smartphones on the domestic market in December.

During the first part of the interview, Vuong explained why Vingroup chose to expand into new and unfamiliar sectors, such as technology and education, as well as why he is confident about being able to attract Vietnamese talent currently working abroad to return home and work with him.

Vingroup has made serious steps toward establishing itself in various tech-related sectors by setting up VinTech Technology Development Enterprise, the Institute of Big Data, and the Vin Hi-Tech Research Institute. What motivated your decision?

These things are still a little bit new. Our company leaders always take a week-long holiday together on August 8 – the birthday of the corporation – and again during the Lunar New Year. These trips give us a chance to generate and discuss new ideas, as well as review the conglomerate’s performance in a careful and inclusive fashion.

That time is also used as a moment for us to reflect on the new things we’ve done over the year and how we can do more to benefit society.

The idea to develop our technology businesses emerged from these reflections. I believe that with our current stature, Vingroup can gather enough talent to ensure success in the tech industry.

In terms of societal contributions, isn’t Vingroup’s involvement in industrial production, chemical-free agriculture, high-quality education, and healthcare enough? Why do you need to step into technology?

Our decision to develop our tech businesses doesn’t mean we will neglect any of the other sectors we’re involved. For our 25th birthday last year, we announced a 10-year plan that will prioritize technology, followed by industry, and then commerce and services.

But placing commerce and services in the third position doesn’t mean we’ll ignore those businesses. We still plan to considerably increase our investments in that sector. Commerce and services generate a major source of income which feeds many of our ideas and new projects. Where will we get money to offset our first losses in automobile and smartphone production if we give those up?

Once we’ve secured our position in technology and industry, we can give a better life to a large number of people. Take poor people and those with modest monthly incomes, for example. If we can give them jobs as workers with technological skills, their salaries will be much higher. However, this is only possible if we create a technological ecosystem. The ecosystem we plan to create is related to AI [Artificial Intelligence] and big data will involve several software companies and contractors that will gradually develop.

With all this in mind, it’s easy to see that our foray into technology was made in the hope of contributing to an improved quality of life for many Vietnamese people. Our motivation is as simple as that.

You’ve managed to lock down several big names to join Vingroup. How did you go about convincing someone like former Yale University Professor Vu Ha Van to join Vingroup as director of the company’s Big Data Institute?

Well, it’s actually very simple. All I need to do is tell them our ambitions and vision. They choose to support us also because they see that we do business in a selfless way that benefits the general public. When they recognize our foresight and see our ability, they are eager to come aboard despite the risks of leaving their successful careers at major institutions.

Could you tell us more about this, or more precisely, about how you persuaded Prof. Vu Ha Van?

When our deputy head of information technology told me about Van’s skill set, I was intrigued. I knew he had just returned to Vietnam and was on a vacation in Da Nang, so I told the deputy head to get down there and make him an offer.

She later informed me that Van wanted to meet in person for more information and I immediately agreed. When Van went here to Hanoi, I explained what we wanted and shared our vision for our technology businesses.

“Do you dare to do it?” I asked him at the end of the talk. “That clinches it,” he answered.

He was so enthusiastic. “I’ve always wanted to do something for the country but haven’t had a chance. Now I can make that come true,” Van told me.

Van is considered a pretty heavy hitter in the field of big data. Are you bringing in any other experts?

Professor Vu Ha Van is just one of the many professors and scientists currently cooperating with Vingroup. The corporation has founded a science board boasting several renowned professors, including:

Professor Ngo Bao Chau [Mathematics, from the University of Chicago]

Professor Do Ngoc Minh [Electrical Engineering, Machine Learning and AI, from the University of Illinois Urbana-Champaign]

We’re also planning to set up an AI institute led by a Vietnamese with a PhD in AI who is renowned in Vietnam and other countries. We also plan to take on several highly-qualified Vietnamese nationals currently specializing in corporate cloud computing for Microsoft who will also work with us in the research and creation of Vietnamese software products that meet international standards. In Professor Van’s Institute of Big Data alone, we are already working with several professors and scientists and plan to continue growing that number.

The desire to do something for Vietnam seems to be a common theme for Vingroup. Do most intellectuals share this wish?

Of course. Vietnamese intellectuals who have lived abroad explicitly tell us they’ve returned to Vietnam not for money, but because they want to make a name for themselves.

The salaries Vingroup offers many of these people are often much lower than what they were receiving abroad, but we give them many more opportunities.

Some experts were doing an awful lot in foreign countries but the credit for their research typically followed foreign authors. They want to collaborate with us so that they can begin getting the credit they deserve.

It’s usually the case that Vietnamese intellectuals living abroad are loath to come back due to procedural restrictions from the Vietnamese government. Could you tell us how you’ve empowered them and facilitated their effort?

We do that in the same way as we operate Vingroup in general. For example, the conglomerate’s subsidiary companies operate completely independently but under strategic guidance from the overarching leadership.

Specifically, when the Vingroup leadership has approved a strategy, plan, financing scheme, KPI, set of standards, or regulation for the entire system, the subsidiary firms put them into practice by themselves.

We only supervise, evaluate, and give assistance if necessary.

We refrain from directly engaging ourselves in their jobs unless they’re on the verge of collapse.