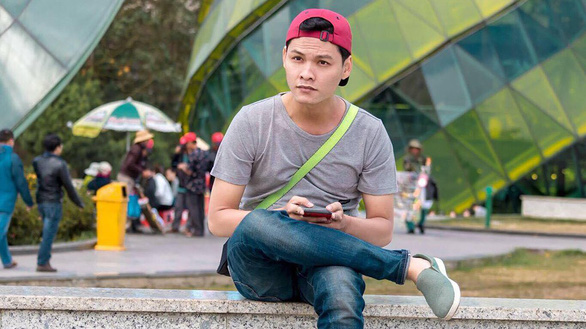 A young Vietnamese man has created a YouTube channel to promote support for national literature among the youth through audio books.

Phan Le Trung Tin, the founder of Hem Radio, or Alley Radio, was a bold man to have gone against today common trend of making video blogs (vlog) on YouTube for entertainment purpose to produce audio clips with literary content.

“I want to promote Vietnamese literature as well as reading habit among youngsters in this technology-driven society,” said Tin about the aim of Hem Radio.

Tin developed the love for national literature since a very young age and finally came up with an idea of turning written works into audio form to convey the feelings of the original author into each YouTube works, as well as encourage others to read instead of engaging in time-consuming activities.

He also established contacts with well-known Vietnamese dubbing actors and persuaded them to cooperate with to deliver the best audio versions of high school literature works and iconic poetry ones like Truyen Kieu and Luc Van Tien.

Hem Radio audience could enjoy stories through expressive voice of the channel’s dubbing members including Binh Nguyen, Ngoc San or Ngoc Thien as well as got better understanding about the plot, grammatical structure and literature review of each work.

The production team of the channel’s hard work received recognition and approval from a large number of viewers and even original authors who gave them encouragement despite the reduction of sold copies they might face.

Hem Radio team usually meet up on evenings to record until the next morning to meet the deadline and carefully edit their works to present the best quality final products.

They also experienced difficulties in performing works that contained dated Vietnamese words, or dividing roles of stories in which there are over 20 characters, due to the lack of human resource.

“As a result, each member had to take up to five or six parts and changed their voices to sound differently from one another,” Tin shared about their fun working fact.

Through Hem Radio, team members got a chance to connect with viewers and gained public recognition, with became their biggest motivation to keep moving forward instead of personal benefits like some famous YouTubers today.

“The fact that people love my voice really lightens up my working day,” said Ngoc San, one of Hem Radio contributor, who was voted by the channel subscribers as ‘top dubbing actor’.

“I have never thought that dubbing actors like us also have fans,” said Binh Nguyen, another team member.

Hem Radio has got over 80,000 subscribers on YouTube and approximately 50,000 views for each of their products, which was a positive sign that motivated team members.

They also planned on creating a mobile application for their channel, after many viewers complained that YouTube videos were draining their phone batteries very quickly.

“We will try our best to satisfy viewers and produce more excellent quality videos in the future,” Tin said with optimism.