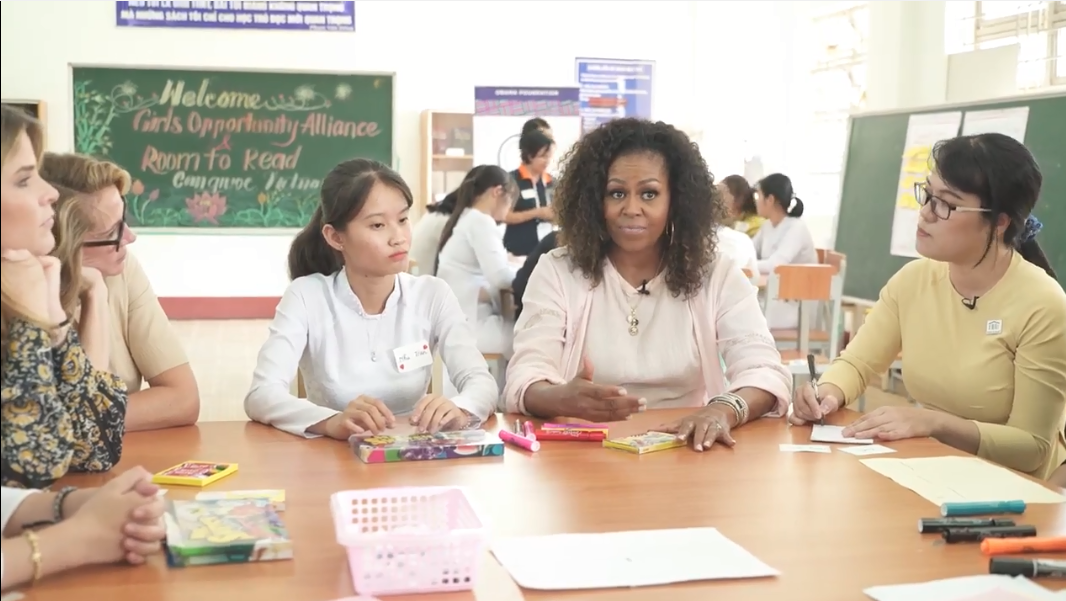 Who are the women Michelle Obama praised in Vietnam?

Three young Vietnamese women were lauded for their effort by former U.S. First Lady Michelle Obama when they met in the southern province of Long An on Monday.

The meeting at Can Giuoc High School in Long An was part of Obama’s trip to Vietnam with American actress Julia Roberts to spotlight girls’ education on behalf of the Obama Foundation’s Girls Opportunity Alliance.

A video published on Michelle Obama's verified Facebook account on December 9, 2019 about her trip to Long An, Vietnam the same day.

At the event, Obama and Roberts listened to the life stories of the Vietnamese women who were the scholarship winners of Room to Read, a program that works to help female students pursue education.

The former first lady praised the young women for their effort in overcoming hardship in life to gain certain success.

“We met girls who are so hungry to learn, and who have overcome so much to pursue their education,” Michelle Obama narrated a video published on her verified Facebook account on the same day.

“There are so many young people like you, particularly girls all over the world, who were born with that same promise and drive in potential,” Obama was seen speaking with the young women she met at Can Giuoc High School in the video.

“And it's so important for communities and families, [and] for governments to understand that some of the best minds are going undeveloped because of our inability to educate girls,” she added.

In the two-minute-and-20-second video, Michelle Obama mentioned Tay Thi, who was pressured to drop out of school to work, but who persevered and is now working as a teacher.

She also mentioned Kim Thuy, who was born into poverty and said her education feels like finding a light at the end of a long dark tunnel.

The former first lady said her delegation also spoke with some remarkable local leaders who are supporting these girls every day, mentioning organizations like Room to Read as helping girls build their confidence, start engaging in important conversations with their families about their goals, and, above all, stay in school so that they can fulfill their potential and achieve their dreams.

Michelle Obama also introduced Dung, a graduate of Room to Read, who is now funding the education of another girl.

The three Vietnamese women are no strangers to Tuoi Tre (Youth) newspaper's readers as they were featured in a series of stories published in July this year.

Dinh Thi Kim Thuy, one of those women, was born and raised in a poor family in the Mekong Delta province of Vinh Long.

The turning point in Thuy’s life came when she took part in Room to Read’s education support program for girls in sixth grade.

Under the program, the young girl received financial support to pay for her school fees, was taught life skills and provided with psychological support until she graduated from high school.

Thuy is currently an economics sophomore at Can Tho University in the namesake city in the Mekong Delta.

In February 2019, Thuy spoke to an audience of approximately 200 potential donors to raise money at an event held by Room to Read in Hong Kong.

The story about Thuy’s life touched the audience’s hearts and helped raise more than US$2.88 million.

Another woman, Nguyen Thi Tay Thi, is a teacher from Long Hau Elementary School in Can Giuoc District in Long An.

A child in a family of eight children, Thi started working for a living at a very young age.

She is now one of Room to Read’s prime examples of overcoming hardship.

With an intense desire to learn, Thi finished her study and became a good English teacher despite many obstacles she encountered along the way.

Many of Thi’s students can communicate in English after graduating from elementary school.

Thi has represented Room to Read alumni to speak at fundraising events in many countries.

Last but not least, Vo Thi Thuy Dung grew up with the understanding that her father’s job as a xe om (motorcycle taxi) driver made it tough for her family to afford many of life’s basic needs.

Dung even considered dropping out of school so that her brothers could continue studying, as her family could not afford to pay for all the children’s tuition.

When she was in sixth grade, Dung started receiving support from Room to Read which helped her to finish her high school years. 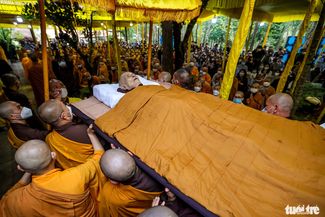