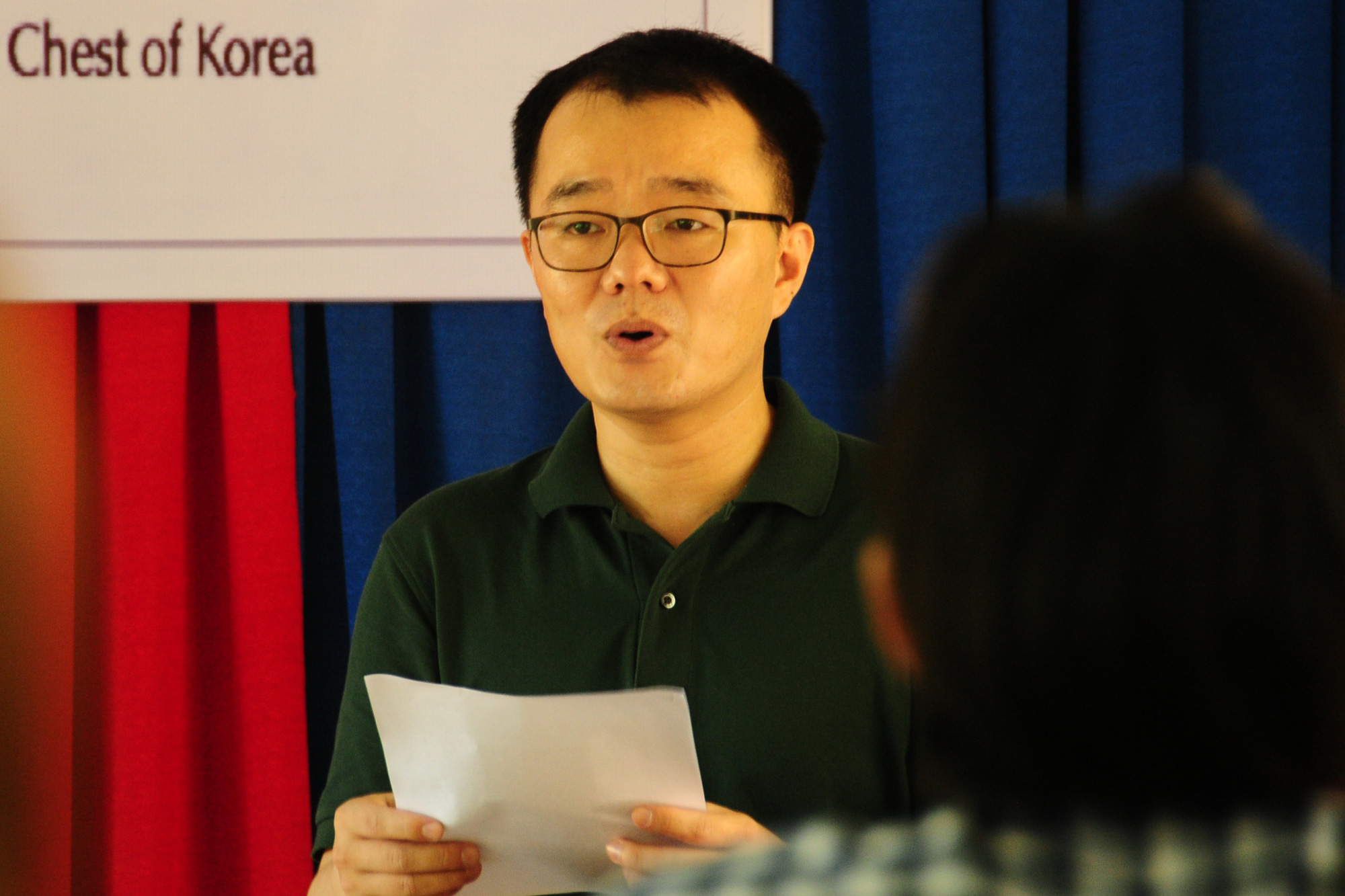 Over the past 12 years, South Korean activist Kwon Hyun Woo has stood his ground to promote restorative justice and healing in the Vietnam-Korea relationship, a trauma-loaded linkage that can be harkened back to the enormities caused by Republic of Korea (RoK) troops during the war in Vietnam.

He was recently seen at the inauguration ceremony of four children’s playgrounds built under a charity project of the Korea-Vietnam Peace Foundation (KVPF) at Dien Duong Ward, Dien Ban Town in the central Quang Nam Province, the land that was once the scene of an appalling wartime massacre.

These acts of atrocity, which was committed by RoK armed forces during the American war in Vietnam, first came to Kwon’s attention in 2008 during his time spent in a literature and history club.

Digging deeper into the complicity of Korean forces in the war, he was appalled by the stories he read, which was extensively ignored in the historical canon of South Korea.

After the fact, he got in touch with a Korean non-governmental agency working to address the war legacies, which led to his mission trip to Vietnam in the summer of 2008.

During this trip, he sought to construct roads and erect memorial headstones at Ha My, Phong Nhat and Phong Nhi residential areas of Dien Ban Town, where RoK troops massacred dozens of civilians, most of whom were women and children, on February 12, 1968.

Kwon’s itinerary involved multiple encounters with massacre survivors, which initially came to him as an intimidating thought: He feared his army buzz cut and Korean soldier-resembling outlook might trigger horrific memories from the locals.

To not agitate the survivors, he forced himself to act in a demure, vigilant manner as well as keeping a certain distance from the survivors.

Yet, contrary to his presumption, he was treated with nothing but hospitality from the Dien Ban community.

In a rare occurrence during the trip, he saw a survivor went tempestuous after being asked about that life-and-death experience in the massacre by a Korean student.

However, the situation did not escalate further as the survivor’s relatives immediately intervened and calmed the woman down.

As his mission continued, the theme of forgiveness became more evident: A survivor that his team visited wrote “I forgive [you]” in a letter and handed it to the Korean visitors before drawing her has breath.

The image has been ingrained in the back of his mind ever since.

Go till the end

Kwon Huyn Woo is an integral part of the ‘Sorry, Vietnam’ movement under the KVPF, whose work includes organizing trips to visit massacre survivors and sending them apologies for the damage that South Korean troops exerted.

The initiative is funded by the subscription fee from members of the KVPF, among other sources.

These resources are also directed into philanthropic activities — from building memorials to honor massacre victims to giving scholarships and building schools, roads and houses for families of the harmed.

They attempted to send massacre survivors to South Korea and engaged them with local residents, journalists and scholars to shed light on the massacres in Vietnam and pressure war veterans to admit the war crimes they committed.

The movement also works in governmental advocacy, soliciting an official apology and reparation to the Vietnamese people from Korean authorities.

According to Kwon Hyun Woo, the movement to restore justice for Vietnamese victims witnessed a spike in South Korea of late, with massive endorsements seen from the progressive demographic.

The collective effort of KVPF’s members – which include scholars, lawyers, journalists, students and even legislators – has made a visible impact on the South Korean authority.

On the flipside, this movement also faced major backlash from war veterans in Korea, who ferociously refuted the notion of a war crime committed by them.

However, several of them did have a change of heart, showing remorse and seeking atonement before they passed away.

In general terms, the work is only halfway done, and Kwon swore to walk this talk till its very end.

In 2012, he attended a Master's program in Vietnamese literature at a university in Vietnam. It was at this time that he met his wife, a South Korean woman with whom he now has a one-year-old daughter and lives in Ho Chi Minh City.

Kwon also has a Vietnamese, ‘Vu’, which, according to him, came from an attempt of a student to transcribe his name into Vietnamese while hollering at him in the university hallway. It turned out to be his favorite and stuck with him to this day.

After twelve years of dedication to the massacre victims in Vietnam, Kwon sees his work as a reassessment of South Korea’s complicity in the war in Vietnam rather than mere trauma provocation.

Revisiting the past is a way for contemporaries to not forget, to not repeat the old mistakes and live fully in the present, he added.