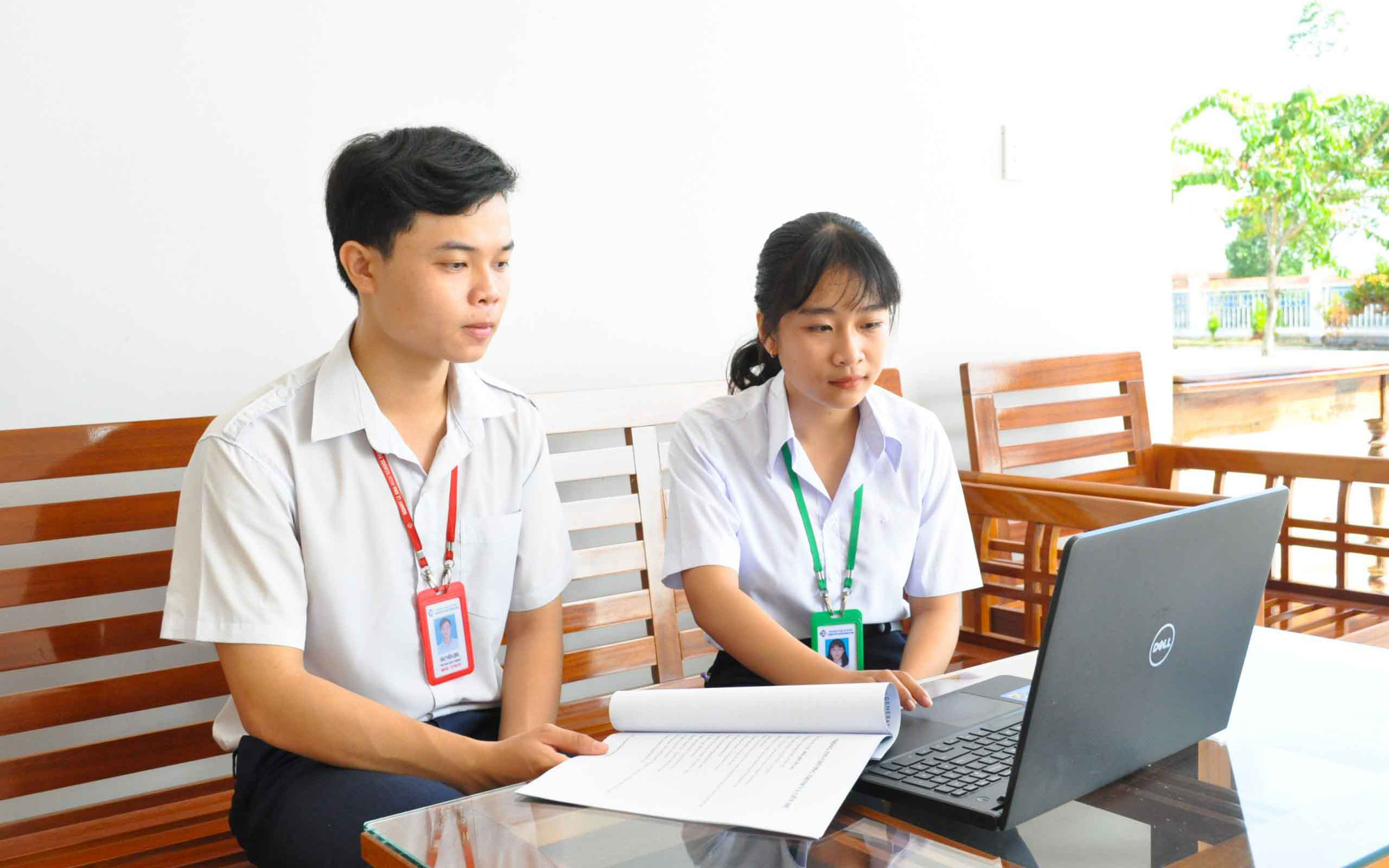 A teenage duo in southern Vietnam has adopted machine learning to create a computer system that monitors people who litter on the street in an initiative to raise public awareness of environment upkeep.

“Upon hearing about artificial intelligence and computer vision in my IT class, I started to ask: instead of constantly reminding students to dispose of trash correctly, why don’t we utilize technology?” said Dao Thien Long, an 18-year-old recent graduate of Hoang Le Kha High School in the southern province of Tay Ninh, 100 kilometers from Ho Chi Minh City.

Long took no time to put his thoughts into action.

In 2019, he recruited the then-freshman Nguyen Thi Huong Giang from his school to kickstart a project, working toward a system to identify irresponsible littering behaviors and raise environmental protection awareness among students.

Their project made it into the 2020 shortlist of an education program for young intellects, which was organized by the Ho Chi Minh Communist Youth Union Central Committee, the Ministry of Education and Training, Thien Long Group, and Tuoi Tre (Youth) newspaper.

The identification process is designed for permanent operation with or without an Internet connection, as long as there are a functioning camera and computer.

To build the referencing database for the project, the tech duo persuaded students in their school to record themselves littering and submit the video file, Giang said.

It took them one month to process a whopping 4,000 files with littering deeds recorded at various angles.

Subsequently, certain details of each video were identified as either ‘human’ or ‘trash’ and classified into corresponding layers.

The processed database was then fed to a machine learning system as training material.

As Giang recalled, during the first phases, the system was not capable of tasks such as identifying small pieces of candy wrap or catching the rapid movements of garbage pieces.

To tackle this problem, the duo came up with three algorithms: a static debris filter, which helps distinguish between existing trash pieces in the environment and the person holding trash; an extraneous debris filter, which identifies trash pieces that are either too big, too far away, too high, too low or coming from an external source rather than a litterer in sight; and a littering behavior detector.

They also integrated the pre-existing tool YoloV3 which helps to identify the litterer and the trash pieces, as well as the OpenPose system which sketches out a stick figure of the litterer.

“The littering behavior detector is the most important since it strings together all the algorithms to return the most accurate results on the identity of the litterers,” Giang explained.

“It checks whether the trash pieces have fallen from a person’s hands. For example, if the distance from the trash piece and the hand grows progressively further, the machine will call it a littering behavior."

Only able to learn about Pascal and C++ — two programming languages considered to be on the dated side — at school with the help of their homeroom teacher, the students decided to teach themselves the coding language Python to create a system that can identify images with high precision.

“We grappled to approach this new coding language at first. Everything was strange, just like learning a foreign language. Yet the thought of protecting the environment with information technology is truly appealing. We gradually got more excited as we continued learning,” Long said.

The workload required for this project is intimidating for any student who has their own share of duties at home and school.

However, with a shared penchant for environmental protection, Giang had no hesitation when Long asked her to jump on board.

“I was down for the project the moment he pitched the idea to me. Since most schools are equipped with surveillance cameras at the moment, the awareness among students will gradually be regimented, which leads to less trash dumped to the environment,” Giang explained.

For the time being, the initiative is being piloted within Hoang Le Kha High School.

In the long term, the duo wishes to scale up by launching their model at public areas, residential blocks, and office buildings to optimize management procedures and advocate for a greener living environment.