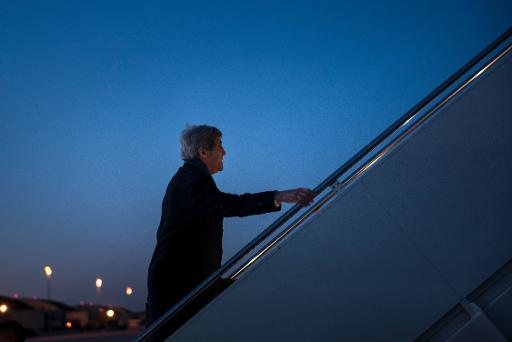 London — Top US diplomat John Kerry arrived in London Friday on an 11th-hour mission to head off a possible Russian annexation of Crimea on the heels of a breakaway vote by the Ukrainian region.

With the clock ticking down to Crimea's Sunday referendum, Kerry was to meet with Russian Foreign Minister Sergei Lavrov seeking to put the brakes on any moves by Russian President Vladimir Putin to swiftly annex the peninsula.

Shortly before leaving the United States, the secretary of state admitted that it was all but impossible to stop the referendum organised by Crimea's self-declared leaders from going ahead and warned there was no question that the pro-Russian ethnic majority would vote to move closer to Moscow.

World attention is now focused on what moves Putin may make on Monday, following the vote.