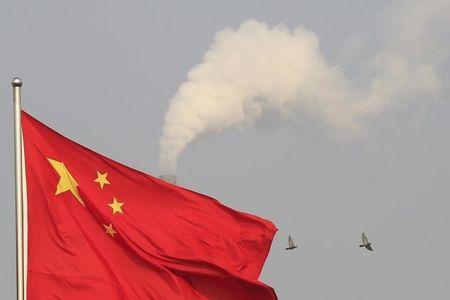 BEIJING - China has dropped one of its espionage chiefs from a high-profile panel of advisers, official news agency Xinhua said on Wednesday, after the ruling Communist Party announced he was being investigated for corruption.

Ma Jian, a vice minister at the Ministry of State Security, is the most senior security official facing investigation since former domestic security tsar Zhou Yongkang was ensnared in a graft scandal last July.

The investigation into Ma could lead to a shake-up in the powerful state security ministry, a KGB-like operation that spies on citizens and foreigners at home and abroad.

One of China's most opaque bodies, it has no public website or spokesman.

Last month, the party's anti-graft watchdog said it was investigating Ma, signalling that the strongest corruption crackdown in decades has engulfed the powerful intelligence network.

It is unclear what triggered the investigation of Ma, who is said to have headed China's counter-espionage programmes.

Ma was director of the ministry's "No.8 Bureau", charged with counter-espionage surveillance of foreigners, chiefly diplomats, businessmen and reporters, a source with ties to the leadership had told Reuters.

He has since been replaced by Qiu Jin, a vice minister of state security.

President Xi Jinping has vowed to target high-ranking "tigers" as well as lowly "flies" in his anti-corruption drive, and has pledged to step up the effort.