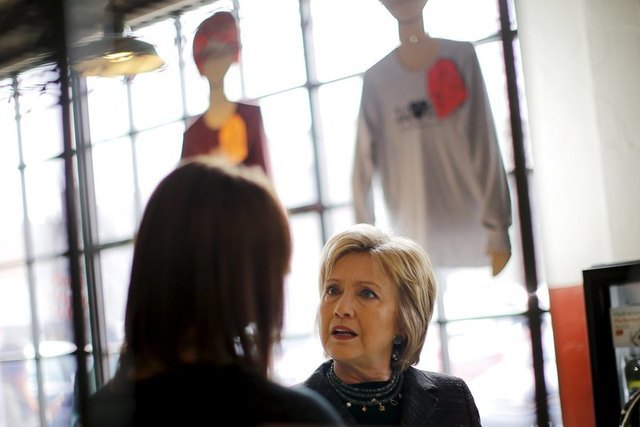 DETROIT, March 8 - Republican Donald Trump and Democrat Hillary Clinton rolled to wins in the Mississippi primary on Tuesday as four states voted in presidential nominating contests in both parties.

But early results showed both presidential front-runners were in close fights in Michigan, the night's biggest prize, even though opinion polls had given both of them comfortable leads heading into the voting.

With 12 percent of votes in, Trump had a narrow lead over Ohio Governor John Kasich, and Clinton slightly trailed rival Bernie Sanders with about 18 percent of the Democratic vote tallied in Michigan.

Trump was hoping to restore some momentum for his campaign after a barrage of attacks from establishment Republicans and a tightening race gave new life to those seeking to block him.

Trump split four nominating contests on Saturday with conservative rival Ted Cruz, who positioned himself as the prime alternative to the brash New York billionaire in the race to be the party's candidate in the Nov. 8 election.

Most polls had shown Trump hanging on to a double-digit lead in Michigan over Cruz, a U.S. senator from Texas, and Kasich.

Kasich is in last place in the number of delegates amassed, which are needed to clinch the nomination at the party's July convention. But a strong showing for him in Michigan could blunt Trump's momentum and set up a crucial do-or-die showdown for his campaign in Ohio next week.

U.S. Senator Marco Rubio of Florida, 44, the favorite of a Republican establishment alarmed by Trump's controversial proposals and anxious about Cruz's uncompromising conservatism, lagged in Michigan polls and needs a win in his home state next week to keep his campaign alive.

Michigan wins for Trump and Clinton would set them up for a potentially decisive day of voting on March 15, when the delegate-rich states of Ohio, Florida, Illinois, Missouri and North Carolina cast ballots. The Republican contests in Florida and Ohio award all the state's delegates to the winner.

If Trump, 69, could sweep those two states and pile up delegates elsewhere next week, it could knock home-state favorites Rubio and Kasich out of the race and make it tough for Cruz to catch him.

Republicans were also voting on Tuesday in Idaho and Hawaii.

Trump and Clinton appeared headed to relatively easy wins in Mississippi. Clinton was helped by a strong showing with African-American voters, who make up more than half of the Democratic electorate. Exit polls showed Clinton winning nine of every 10 black voters.