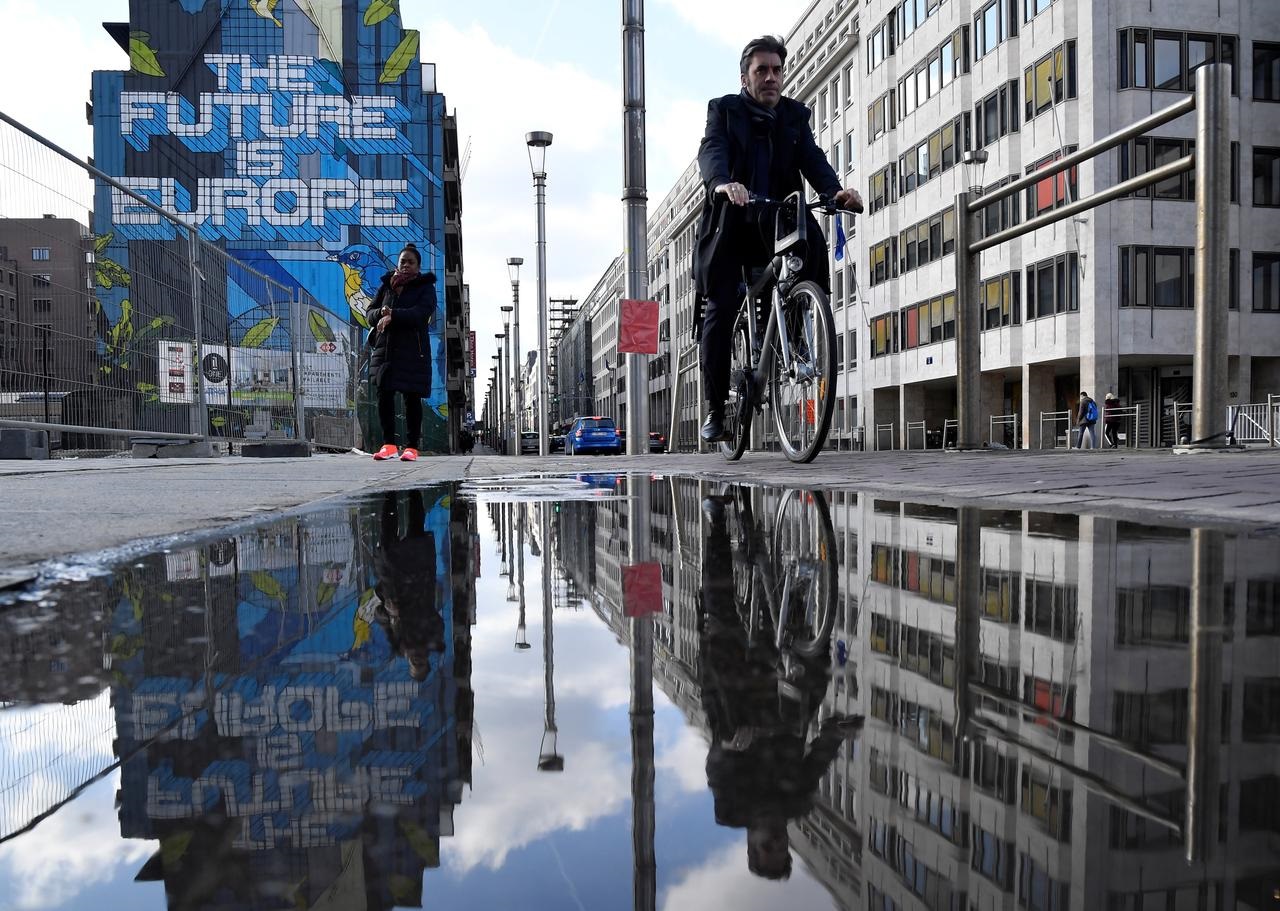 BRUSSELS -- The European Union will discuss a more defensive strategy on China on Thursday, potentially signaling an end to the unfettered access that Chinese business has enjoyed in Europe but which Beijing has failed to reciprocate.

Caught between a new U.S.-Chinese rivalry for economic and military power, EU leaders will try to find a middle path during a summit dinner in Brussels, the first time they have discussed at the highest level how to deal with Beijing.

“We are fully open,” European Commission Vice President Jyrki Katainen said of the EU’s economy. “China is not, and it raises lots of questions,” Katainen told Reuters, arguing that the world’s second-largest economy could no longer claim special status as a developing country.

Meeting as Chinese President Xi Jinping starts a tour of France and Italy, EU leaders - who have often been divided over China - want to present a united front ahead of an EU-China summit on April 9.

According to a draft April summit statement seen by Reuters, the EU is seeking to set deadlines for China to make good on trade and investment pledges that have been repeatedly pushed back, although Beijing must still agree to the final text.

That was a message delivered to State Councillor Wang Yi by EU foreign ministers on Monday. It marked a shift toward what EU diplomats say is a more “assertive and competitive mindset”.

“In the past, it has been extremely difficult for the EU to formulate a clear strategy on China, and past policy documents have not been strategically coherent,” said Duncan Freeman at the EU-China Research Centre at the College of Europe. “There is now a clear effort to do that.”

In a document to prepare the EU summit, the European Commission called China a “systemic rival”.

The deepest tensions lie around China’s slowness to open up its economy, a surge of Chinese takeovers in critical sectors and an impression that Beijing has not stood up for free trade.

With over a billion euros a day in bilateral trade, the EU is China’s top trading partner, while China is second only to the United States as a market for European goods and services.

Chinese trade restrictions are more severe than EU barriers in almost every economic sector, according to research firm Rhodium Group and the Mercator Institute for China Studies.

Unlike the United States, which has a naval fleet based in Japan to wield influence over the region, the EU lacks any military power to confront China, so its approach is technical.

But any new EU policies could prove complicated to implement, as EU capitals continue to court Chinese investment. Italy plans to join China’s multi-billion-dollar Belt and Road infrastructure project, while free-traders Ireland, Sweden and the Netherlands are wary of any restrictions on commerce.

Germany’s views will be important as Berlin has at times pressed for a tougher response to unfair competition from Chinese rivals but also championed a closer relationship with Beijing.

“Their position needs to stabilize. At the moment it changes on almost every day of the week,” the senior envoy said.