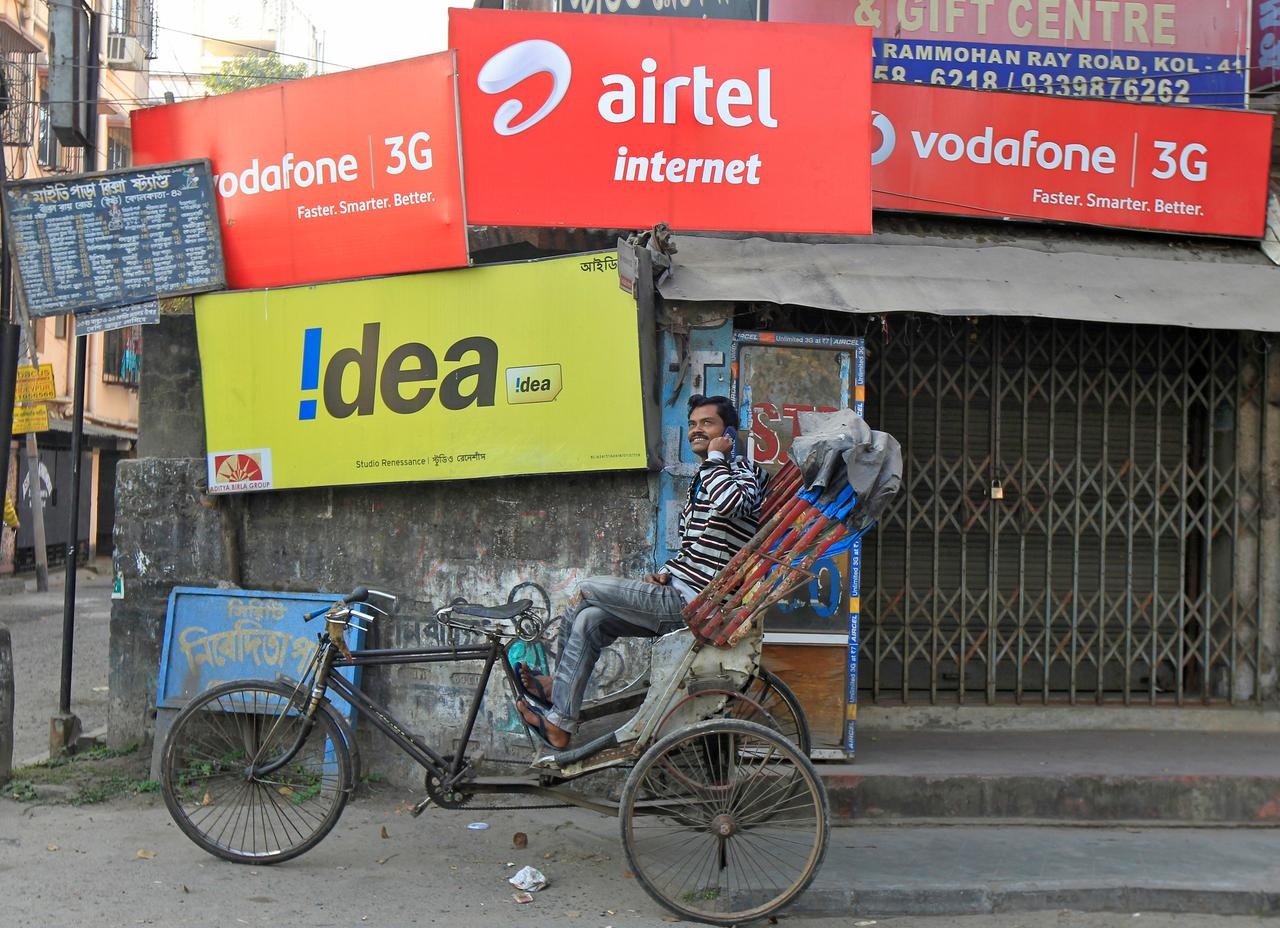 NEW DELHI -- The Indian government’s win of a long-contested dispute over telecom fees could end up a Pyrrhic victory, as the billions of dollars in levies now owed are seen as burdens too big to bear for two of the country’s three main carriers.

Vodafone Idea Ltd, India’s biggest carrier by user numbers, is widely regarded as most on the ropes, with parent Vodafone Group calling the situation “critical” after the unit was saddled with about $3.9 billion in fresh payments due.

That is the biggest portion of the $13 billion incurred by the sector after India’s Supreme Court last month sided with the government in how spectrum usage and license fees are calculated.

Bharti Airtel, the No. 3 provider which must pay roughly $3 billion under the ruling, has also flagged distress, saying the decision casts much doubt on “its ability to continue as a going concern.”

To industry executives and analysts alike, there’s only one solution for the sector which was even before the current crisis debt-ridden and battered by a brutal price war: significant government financial support.

Hopes have been raised after the government deferred upcoming spectrum payments for the next two financial years until March 2022. Finance Minister Nirmala Sitharaman also said this month that relief is under consideration although no final call had been made.

“If the government does provide some measures, there is still some chance for (Vodafone Idea) to continue as a going concern. It all depends on what kind of relief measures the company will get,” said Umesh Mehta, head of research at Samco Securities.

He said he expects the company to survive as it is in the government’s interest to have three main players to ensure sufficient competition in the sector.

Vodafone Idea and Bharti Airtel did not respond to requests for comment. Vodafone Group declined to comment.

Vodafone Idea this month booked a $7 billion quarterly loss, the biggest in Indian corporate history, in large part due to provisions for payments owed. Parent Vodafone has also laid its case on the line: writing down the value of its 44% stake in the unit to zero and vowing it will not commit more equity to India.

In addition to the two-year moratorium, Vodafone Idea and Bharti Airtel are asking the government for cuts to license fees and taxes, as well as waivers for interest and penalties.

Mobile carriers have also petitioned the Supreme Court to review its ruling, although lawyers say chances of that happening are slim.

But even if the government obliges with generous financial waivers, analysts note Vodafone Idea would still be deeply troubled.

Hurt by the price war that began with the 2016 entry into the market of Jio, a unit of deep-pocketed Reliance Industries Ltd, Vodafone Idea has net debt of $14.2 billion, six times its market capitalization and four times its cash holdings.

While the price war appears to have ended with all three main carriers - who serve 90% of the market - planning to lift user fees next month, Vodafone Idea has not yet stopped losing subscribers. The latest data, for September, showed a net loss of 2.6 million customers.

“If Vodafone Idea doesn’t have enough customers left, it is going to be very difficult for it to remain solvent,” said Vivekanand Subbaraman, an analyst at Ambit Capital.

Bharti Airtel has more debt, with net levels at around $16 billion. But unlike Vodafone Idea, analysts say if push came to shove, the company could consider selling assets to meet its obligations as it controls telecom tower firm Bharti Infratel.

If in a worse case scenario Vodafone Idea were to fail, customer options would dramatically shrink and the networks of the two remaining major carriers would be further overloaded, exacerbating patchy coverage and call drops common in India.

“There’s bound to be more congestion, there is going to be further deterioration in quality,” said T.V. Ramachandran, president of Broadband India Forum.

It would also represent a huge setback to India’s push to make government services accessible to hundreds of millions of Indians via the internet.

Bharti Airtel and Vodafone Idea use equipment and services from all of these vendors, unlike Reliance’s Jio, whose network has been built largely by a unit of South Korea’s Samsung Electronics.

The current turmoil in the sector is also likely to further dampen interest in an auction of 5G airwaves expected before end-March. All three firms have warned the base price set by the government is too high given that India’s user fees are among the cheapest in the world.