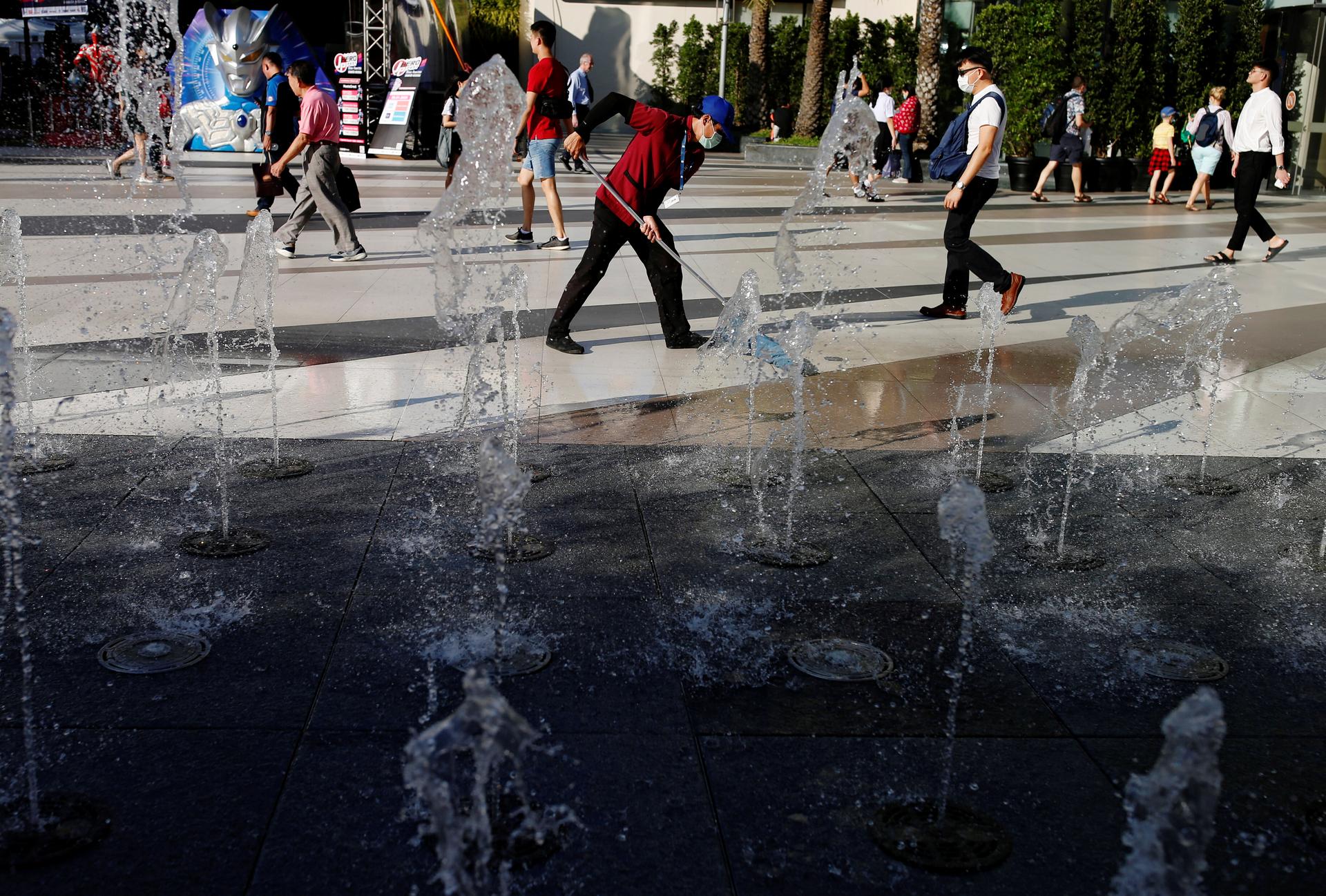 JAKARTA/BANGKOK -- The colourful dances of Bali’s annual Kintamani Festival have fallen victim to coronavirus — and travel restrictions to halt its spread could prove costly for other places that rely on Chinese tourists.

Promoted by the Indonesian island as a draw for Chinese holidaymakers, the Feb. 8 festival to celebrate the marriage of an ancient king of Bali to a Chinese princess has been called off in anticipation of a collapse in visitor numbers.

In other Asian destinations, too, fear of the virus is accompanied by worries that business is about to disappear.

“Restaurants, tourist attractions and small businesses in the villages will be affected,” said Ketut Ardana, a business owner and vice-chairman of the Bali Tourism Board.

“It will have a big impact on everyone.”

With a growing area of China in lockdown to try to stop the spread of the virus and overseas group tours banned, he said Bali had already seen nearly 10,000 tourist cancellations.

Just weeks after the disease emerged in the Chinese city of Wuhan, it has already infected more than 4,500 people and killed at least 106.

Thailand, the top destination for China’s holidaymakers, forecast that Chinese tourist numbers would fall by as much as 2 million this year from 11 million in 2019.

“If they close China, we will die,” complained Teerawat Buakaw, 33, who sells clothes at a Big C store popular with Chinese tourists in Bangkok, the world’s most-visited city because of its Chinese tourist numbers.

“All the shops around here will go. What will we do?”

China’s boom in outbound tourism has created a pattern of international travel unprecedented in human history and driven the growth of businesses to serve Chinese travelers around the world. From a trickle in the 1980s, Chinese tourist numbers grew to estimates of more than 160 million in 2019.

Coronavirus may have pulled the plug.

“Among the most vulnerable sectors to the Wuhan virus epidemic are the Asia-Pacific travel and tourism sectors,” wrote Rajiv Biswas, Asia Pacific Chief Economist at IHS Markit.

“The Thai economy is particularly vulnerable to the new Chinese travel restrictions.”

Thai stocks fell further on Tuesday to a new three-year low after slumping as much as 3% on Monday.

The Tourism Authority of Thailand said it hoped other countries would make up for the lack of Chinese tourists, but Thailand must also contend with having had more coronavirus infections than anywhere outside China — 14 so far.

Luxury tour operator Abercrombie & Kent Thailand Ltd., which has no Chinese customers, said it had not had cancellations yet.

Elsewhere in the region, immigration authorities in the Philippines said they would stop issuing tourist visas on arrival to Chinese nationals to try to keep the country free of the virus — hurting a growing business there.

Malaysian authorities said their “Visit Malaysia 2020” plan to boost tourist numbers by 5 million to 30 million would take a jolt, but they still hoped to make up the numbers. Malaysia had nearly 5 million Chinese visitors last year.

Hoteliers in the beach playground of Bali hoped the same. China has become an ever bigger source of tourists for them — their number regularly surpassing that of the traditional Australia hordes.

“Bali only has tourism. If there are no tourists, it is difficult for us,” Ardana said. “We hope that other countries will still be coming.”