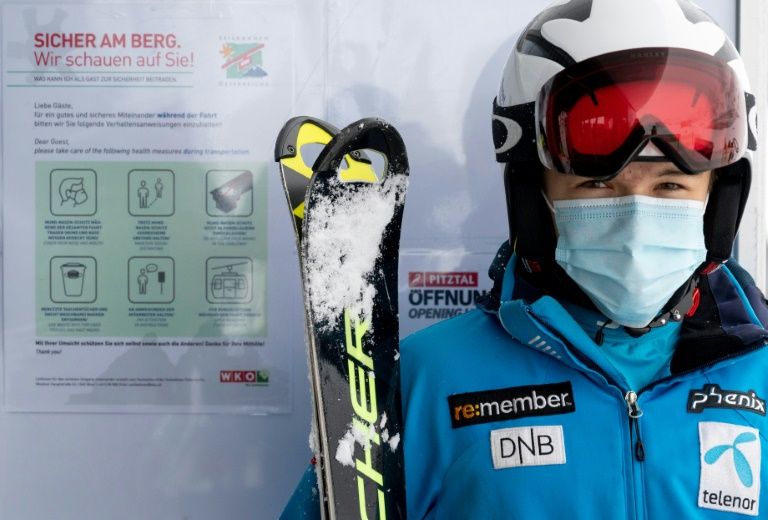 After some of its economically crucial ski resorts became bywords for coronavirus clusters in the first wave of the pandemic, Austria was glad that mask-clad skiers were once again racing down its powdery slopes for the new season.

But a fresh surge in infections has put paid to that fragile reopening after a second coronavirus shutdown ordered by the national government at the end of last month emptied the cable cars and hotels that help power the Austrian economy.

In mountainous western Austria, skiing is not just part of the local culture, but the foundation of an industry worth billions as well as the source of livelihoods for hundreds of thousands.

In Tyrol province, every fourth job depends on tourism and every second bed is a hotel bed.

But experts say the entire winter season may be at risk as virus-related restrictions proliferate across the continent.

The latest shutdown is a bitter pill to swallow for those ski resorts which had invested millions in trying to make the sport virus-safe.

Among the first ski areas to open this year was the Pitztal glacier.

"We've invested very high sums of money to make it possible that people can experience nature and skiing on the mountain, all while staying safe and healthy," Anna Griesser, PR manager for the local cable car company, told AFP just days before the lockdown was announced.

She said that the season was initially a moderate success.

Skiers from Switzerland, Germany, the Czech Republic, Italy and Austria had flocked to the pristine slopes.

Barriers in front of cable cars ensured orderly queing, the number of people allowed inside the train linking the valley to the glacier was cut by half, and masks were mandatory.

Staff used a number of decontamination fogging machines to spray the inside of gondola cabins with disinfectant.

Swiss skier Christian Gut, 60, described feeling so safe that he compared skiing to being "in a bubble".

However, that bubble soon burst when Austria began to record several times the level of coronavirus infections seen in the spring.

That was a hard blow for Austria's winter tourism industry in general, and in particular for Tyrol, where half of all tourists hail from Germany.

A vast number of tourism businesses will only be able to survive with generous subsidies, according to president of Austria's hotel association Michaela Reitterer.

She called a recently announced government fund for the sector as vital as "a bite of bread."

If the winter tourism season falters, Austria's entire GDP could shrink by as much as 1.5 percent, according to Christoph Badelt, head of the Austrian Institute for Economic Research.

Those in Austria's ski sector, however, are trying to keep their spirits high.

Even in Ischgl, which gained notoriety earlier in the year when local authorities failed to react to a virus outbreak and tourists infected there helped spread the virus across Europe.

During the winter months, the village of 1,600 residents, the descendants of impoverished Alpine farmers who now run 5-star hotels, is brimming with more than 10,000 holidaymakers per day.

Many of the visitors have in the past been lured by Ischgl's reputation for exuberant apres-ski parties -- although these are of course off the menu this winter.

"Of course there are challenges, but we weren't surprised by this new lockdown because it was obvious that something would happen," given the high case numbers, said Andreas Steibl, the managing director of the local tourism board.

Ischgl had planned to open next week but the start of the season has now been postponed to December 17, a week before Christmas.

Steibl said he hopes that the date will stick.

The national shutdown is scheduled to end at the end of November though if case numbers don't improve speculation is rife that it could be extended.

Once the resort does open, Ischgl will await its visitors with free scarves that can be used as face masks, an app that shows skiers where queues are shortest and crowds smallest, and a free coronavirus testing station staffed with nurses.

Not to mention a separate lab to guarantee results within 24 hours.

Experts will also take water samples from the local sewage system, which will be tested for traces of the virus.

"We are convinced that the number of cases will drop again, and that by mid-December, we can safely start the season," Steibl said.