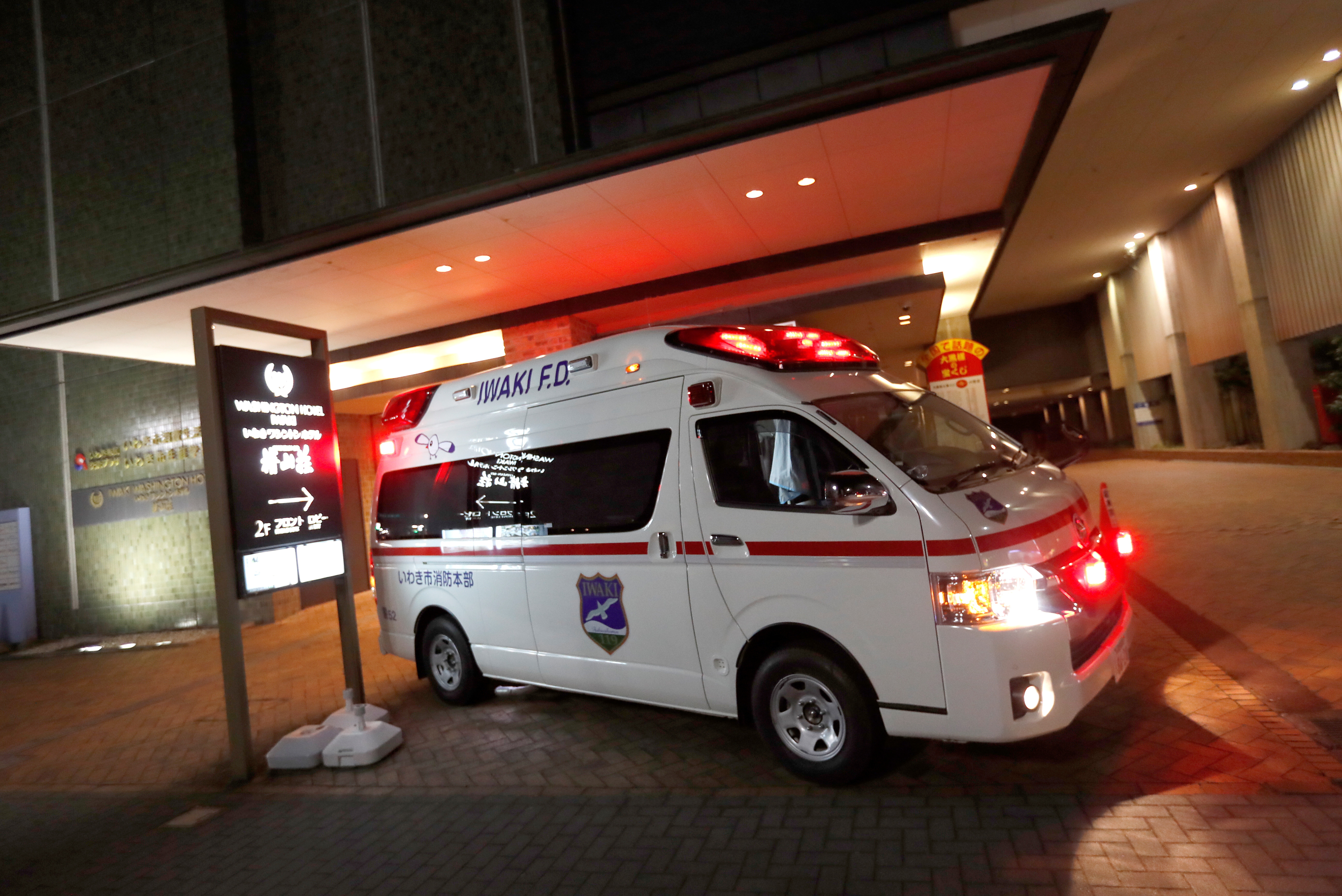 IWAKI, Japan -- A strong earthquake hit off the coast of eastern Japan on Saturday, injuring dozens of people and triggering widespread power outages, but there appeared to be no major damage and no tsunami warning was issued.

The earthquake had a 7.3 magnitude and its epicentre was off the coast of Fukushima prefecture at a depth of 60 km (36 miles), the Japan Meteorological Agency said. It shook buildings for some time after it hit, shortly after 11:00 p.m. (1400 GMT).

Houses and offices in the capital Tokyo, hundreds of kilometres away, also swayed and shook. No tsunami warning had been issued, the meteorological agency said.

At least two dozen people were injured, according to reports from the Kyodo news agency.

A Reuters cameraman on location in Fukushima said his 10th floor hotel room shook for some time. One man at the hotel was taken to hospital after falling and hitting his head on a door, the cameraman said.

Although injured, the man was still able to walk, the cameraman said.

Some 950,000 households were initially without power, government spokesman Katsunobu Kato told a briefing carried on public broadcaster NHK. The blackouts appeared to be concentrated in northeast Japan, including Fukushima and neighbouring prefectures.

There were no irregularities at the Fukushima Daiichi and Daini nuclear power plants, or at the Kahiwazaki-Kariwa nuclear plant, owner Tokyo Electric Power Company Holdings said.

The utility also said there was no change in the radiation levels around its plants.

Kato said there were no irregularities at the Onagawa nuclear facility.

The quake hit off of Fukushima just weeks before the 10th anniversary of a quake on March 11, 2011 that devastated northeast Japan and triggered a massive tsunami leading to the world’s worst nuclear crisis in a quarter of a century - one centred at the Daiichi facility.