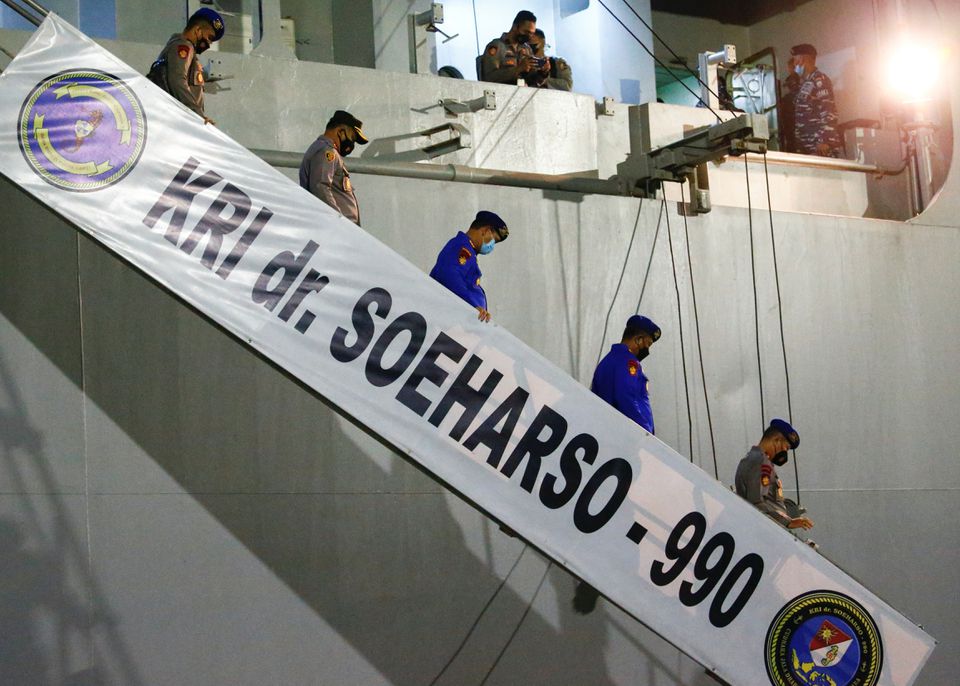 The United States is deploying a P-8 Poseidon aircraft to assist in the search and rescue operation for a missing Indonesian navy submarine lost in the Bali Sea, as hopes fade for the 53 crew which are expected to have run out of oxygen early on Saturday.

The Indonesian navy said it was sending search helicopters and ships to the area where contact was lost with the 44-year-old KRI Nanggala-402 submarine on Wednesday as it prepared to conduct a torpedo drill.

Australia has also deployed a sonar-equipped frigate with a helicopter to help the submarine hunt, while navy officials said vessels are on route from India and Singapore, as concerns grow that the submarine might have been crushed by water pressure.

"The possibility of it having fallen underneath its maximum diving depth thereby leading to the implosion of the submarine will have to be considered," said Collin Koh, Research Fellow at the Institute of Defence and Strategic Studies.

If the submarine was still intact, Indonesian officials said on Friday it would only have enough air to last until around dawn on Saturday if equipment was functioning properly.

"So far we haven't found it...but with the equipment available we should be able to find the location," Achmad Riad, a spokesman for the Indonesian military, told a news conference.

Koh said the assumption that the submarine had 72 hours of oxygen was optimistic given the submarine's limited ability to generate oxygen due to its conventional power generation.

"So there's a possibility...oxygen might have already run out," said Koh.

Indonesia's navy said it was investigating whether the submarine lost power during a dive and could not carry out emergency procedures as it descended to a depth of 600-700 metres (1,968-2,296 feet), well beyond its survivable limits.

Indonesian navy retired rear admiral Frans Wuwung, who had previously headed the submarine's machinery room, told Indonesian news channel MetroTV that he believed a blackout was likely and could have caused the crew to panic.

"A blackout means the vessel's equipment cannot be moved," he said.

An object with "high magnetic force" had been spotted "floating" at a depth of 50-100 metres, Indonesian Navy Chief of Staff Yudo Margono said, and an aerial search had earlier spotted an oil spill near the submarine's last location.

The diesel-electric powered submarine could withstand a depth of up to 500 metres but anything more could be fatal, navy spokesman Julius Widjojono said.

Experts like Koh say Indonesia will have to expand the area of search again if the magnetic anomaly is proven not to be the vessel and warn that if the submarine is lost at an "extreme depth", it might not be possible to retrieve.

The Bali Sea can reach depths of more than 1,500 metres.

One of the people on board was the commander of the Indonesian submarine fleet, Harry Setiawan.

Late on Friday, the Pentagon said U.S. Defense Secretary Lloyd Austin had spoken with his Indonesian counterpart Prabowo Subianto and offered additional support, which could include undersea search assets.