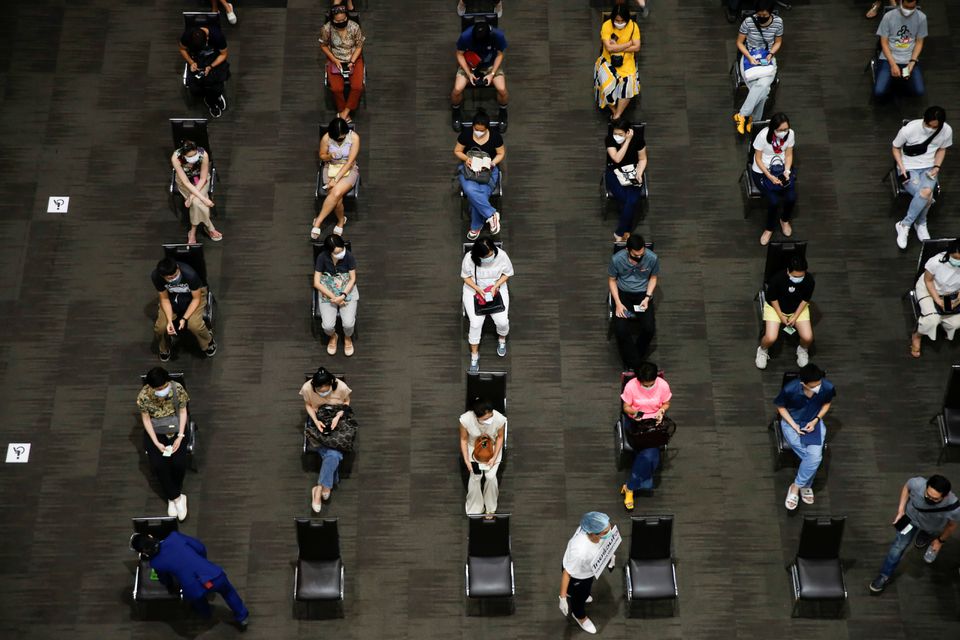 Thailand kicked off a long-awaited mass vaccination campaign on Monday as the country battles its third and worst wave of the coronavirus epidemic.

The government aims to administer 6 million doses this month, hoping to ease worries over the highly anticipated roll-out and concerns about supply shortages.

"The government will ensure that everyone is vaccinated," Prime Minister Prayuth Chan-ocha said in televised comments after he visited an inoculation centre in Bangkok.

There were, however, early hiccups as some vaccine centres registered more than their quota, leading to postponements, senior health official Opas Karnkawinpong told a news conference.

"We apologise if your vaccination appointment was postponed, but will make sure you are registered at the earliest," Opas said.

Thailand escaped the worst of the coronavirus pandemic as it hit other countries hard last year, but is now grappling with its deadliest outbreak. Officials have scrambled to source more vaccines amid the third wave, which so far accounts for more than 80% of its 179,886 total infections and 1,269 fatalities.

Authorities on Monday said 235 cases of the B.1.617.2 variant, which ravaged India, had spread to nine provinces since it was first detected in Bangkok last month.

The outbreaks has highlighted criticisms of the country's vaccine programme for an over-reliance on AstraZeneca shots produced by royal-owned Siam Bioscience, a slow roll-out and a confusing registration system.

"My feeling is that no matter what, we will need to go outside of home for the littlest things, so getting the vaccine gives us a sense of relief," said Praepawee Lertpongkijja, 38, at a Bangkok vaccination centre.

The 6 million doses to be administered this month will be a mix of AstraZeneca and imported Sinovac vaccines.

Concerns were raised last week over local production of the AstraZeneca vaccine by Siam Bioscience's after the Philippines said its order had been reduced and delayed.

The health ministry on Monday said it will receive an additional 3.42 million doses from AstraZeneca after mid-June said, did not specify how much would be locally made.

The country expects to sign contracts this week for 20 million shots of the Pfizer/BioNTech vaccine and five million doses from Johnson & Johnson.

Private hospitals will offer two shots of the Moderna vaccine for 3,800 baht ($121.91) after October, an industry group said, adding 10 million doses had been ordered.