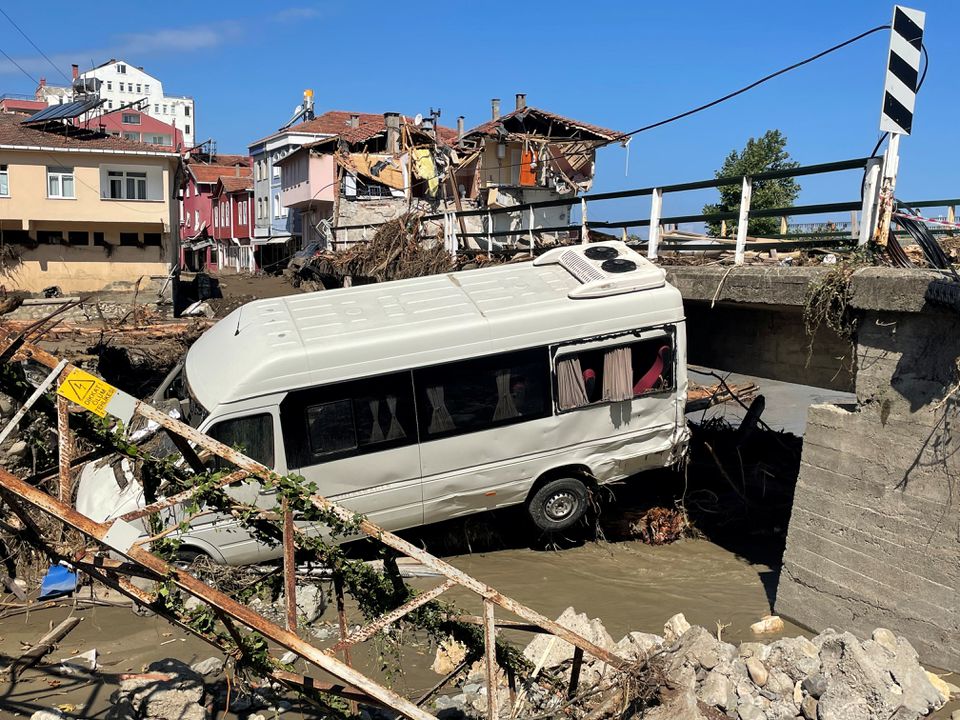 ISTANBUL -- The death toll from flash floods that swept through several towns in Turkish Black Sea provinces last week has risen to 77 people and emergency workers are continuing to search for 47 who are missing, authorities said on Monday.

The floods last week brought chaos as torrents of water tossed dozens of cars and heaps of debris along streets, destroyed buildings and bridges, closed roads and damaged electricity infrastructure.

Sixty-two people died as a result of floods in Kastamonu province. Another 14 people died in Sinop and one in Bartin, the Disaster and Emergency Management Directorate (AFAD) said.

Forty-seven people were reported missing in Kastamonu and Sinop, it said, adding that seven others were receiving treatment in hospital.

Drone footage showed massive damage in the town of Bozkurt in Kastamonu province, where rescue teams searched demolished buildings at the weekend.

More than 2,000 people were evacuated from affected areas, some with the help of helicopters and boats, AFAD said, adding that more than 8,500 personnel were involved in the emergency response efforts.

Weather forecasters warned of further flooding due to expected heavy rainfall on Monday in Black Sea provinces to the east of the regions affected last week.