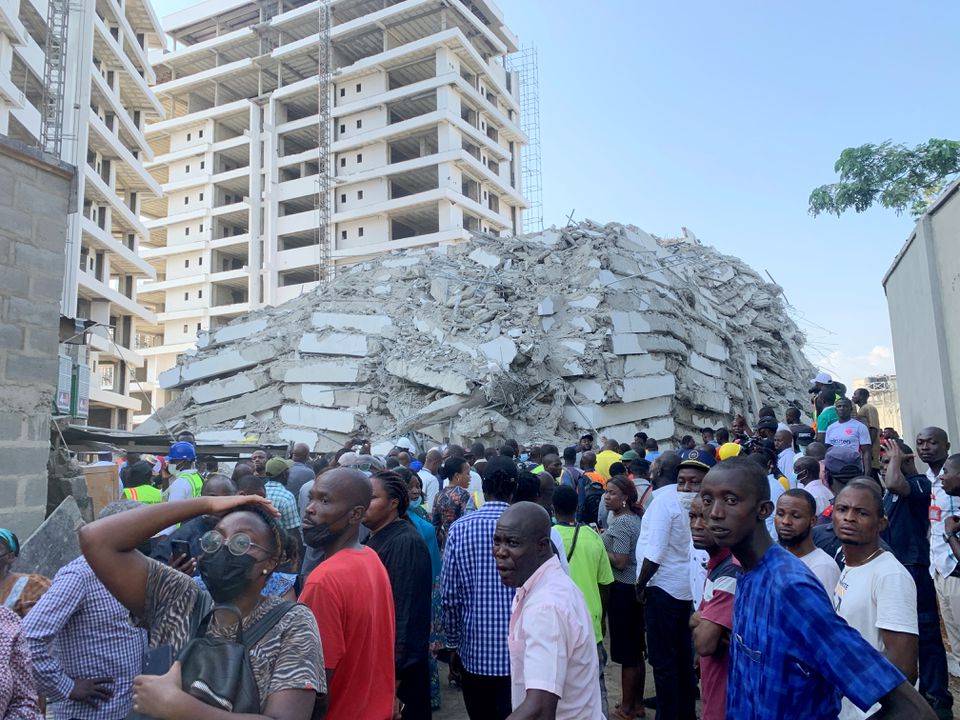 Up to 100 missing in collapsed Nigerian highrise

LAGOS -- Up to 100 people were missing after a luxury residential highrise under construction in Nigeria’s commercial capital Lagos collapsed on Monday, trapping construction workers under a pile of concrete rubble, witnesses said.

A body was retrieved and at least three survivors were pulled out on Monday night as rescue workers raced against the clock to dig up victims at the site in the affluent neighbourhood of Ikoyi, where many blocks of flats are under construction.

Workers told Reuters that possibly 100 people were at work when the building came crashing down.

Rescue workers used excavators to dig through rubble using generator-powered flood lights. The retrieved body was put in a waiting van while at least three people who were rescued were taken to nearby ambulances.

Building collapses are frequent in Nigeria, Africa’s most populous country, where regulations are poorly enforced and construction materials often substandard.

There were heaps of rubble and twisted metal where the building once stood, as several workers looked on. One man wailed, saying his relative was among those trapped.

The Lagos state government said the building had 22 floors and authorities were assessing whether there had been any damage to nearby buildings.

The collapsed building was part of three towers being built by private developer Fourscore Homes. In a brochure for potential clients, the company promises to offer “a stress-free lifestyle, complete with a hotel flair”. The cheapest unit was selling for $1.2 million.

Calls to the numbers listed for Fourscore Homes and the main building contractor did not ring through.