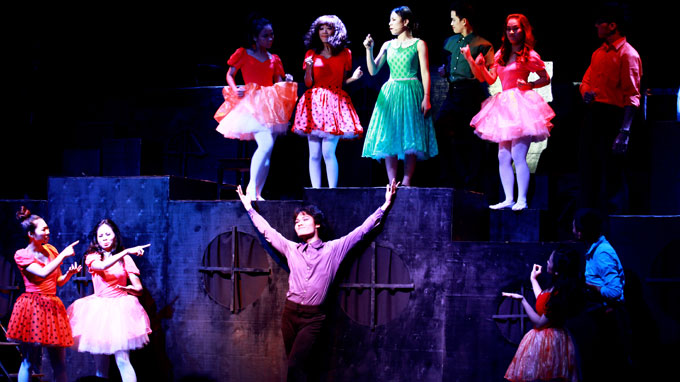 The homecomings of the younger generation of musicians, directors and music producers after years of studying abroad have breathed a fresh breath into the local music industry, which sometimes seems stagnant.

After a long transition period with a clear imprint of many 1970s-born artists, including Duc Tri, Anh Quan and Huy Tuan, who studied overseas and brought home the “Western dishes”, their young successors are already ready to replace them.

Several young composers such as Tran Le Quynh, Duong Khac Linh, Thanh Bui, who made it into the Top 8 of the Australian Idol, and DADA have gained a firm footing in the local showbiz. Their songs are increasingly popular and chosen by many local singers.

Except Tran Le Quynh who is working in the UK but still releases his old-styled works in Vietnam, others have settled down in their home country and brought along with them an entirely new breed of music.

Considering the number of hit songs, Duong Khac Linh, who returned from the US, is among the top. He boasts a number of songs featured on many favorite singers’ albums such as “Papa”, “Feel the life” and “Model - Take the picture”.

He also composed soundtracks for several local movies, and his most loved one is the song for the comedy “De mai tinh” (That can wait).

Just like Linh, Thanh Bui and DADA not only write songs but also produce music albums. One of the works that have caused quite a stir among local music fans is “Yeu minh anh” (Only you), which was written for the film “Mua he lanh” (Cold Summer).

Apart from collaborating with pop singer Thu Minh, DADA is implementing music and soundtrack projects with several local singers and DJs. Nowadays, like composers, with the high popularity of  music videos, their producers and directors are also highly valued. Among them is Trieu Quang Huy of Ninja Productions.

After 10 years in the U.S., Huy, who graduated in film and television from the Full Sail University, returned to Vietnam. He has grabbed the attention of the local music community with his impressive music clips such as “Neu nhu anh den” (If you come), Mot ngay moi (A new day), Cham lai mot phut (Slow down a minute) and the charity music project “Uoc nguyen” (Wishes).

Meanwhile, Nguyen Phi Phi Anh (or PPAN), a directing student at the US’s Hampshire University, added to the Vietnamese showbiz menu a unique dish, the famous Broadway musicals from the American stage.

The 21-year-old student director boasts two resoundingly successful musicals “Goc pho Danh vong” (Corner of Fame) and “Dem he sau cuoi” (The last summer night), which took place in Vietnam in the summer of 2012 and 2013 and had the tickets quickly sold out.

Known for his feat of entering the Australian Idol’s top 8, Thanh Bui has garnered successes soon after returning to Vietnam. Along with the collaborating with several international singers and producers, he quickly produced local "hit" songs such as Lang tham mot tinh yeu (A quiet love).

One of the 31-year-old singer-composer-producer’s most noted achievements is the founding of the Soul Music Academy.