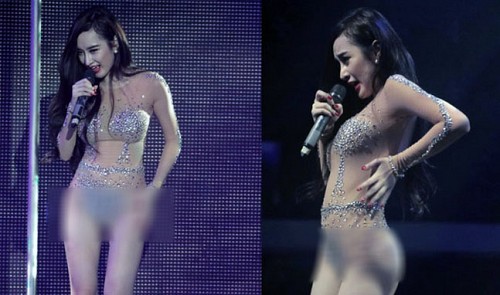 The Ministry of Culture, Sports and Tourism announced on Jan 7 that it has approved a project to issue work permits to local artists and models to minimize performing violations.

According to deputy minister Ho Anh Tuan, the ministry is working on the circular to provide guidance on the issue, which will be simplified to cut costs and spare trouble. However, inspection and penalization following the issue will be tightened to ensure no violations are made.

The approved project will see permits granted to some 10,000 local singers and models by 2016. Composers who perform onstage are also susceptible to the project and are required to apply for work permits.

However, many wonder if expat Vietnamese singers, who are performing in their home country on a regular, continuous basis, should be required to apply for one. Child performers, who perform as frequently as their adult counterparts, are also a sensitive subject, as granting child stars work permits would violate child labor laws.

The artists who have received the permits can have them suspended from six months to two years, or even recalled, depending on their violations. In addition, title-holding artists, or those who have earned the permits previously, are exempt from this round.

Though many showed support for the permit issue, which is an attempt to combat repeated violations among singers and models including wearing revealing costumes on stage, lip-syncing, and making outrageous public statements, some expressed reservation and doubts about its feasibility and effectiveness.

The ministry issued similar performing cards to local artists in 1999, which were discontinued in 2002 due to their ineffectiveness.