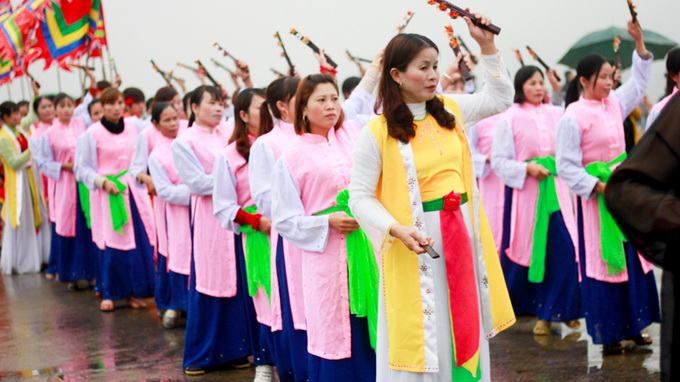 The Tay Thien festival, rich in Indian Buddhist cultural elements, is running in the northern province of Vinh Phuc until the afternoon of March 17.

A new highlight of this year’s fest, running at Den Thong hamlet in Tam Dao District, is the opening of the Dai Bao Thap Mandala Tay Thien (Buddha’s land) temple.

The festival featured a palanquin procession, which was joined by some 276 people and covered a distance of 4km.

The annual fest is designed to pay tribute to Lang Thi Tieu, who was named an imperial concubine by the 7th Hung King, one of the country’s founders (2879- 258 BC).

She was credited with helping the king ward off invaders and unify the country, and instructing locals to farm rice and build fires at the dawn of civilization.

According to the organizers, the festival has drawn some 400,000 visitors so far.