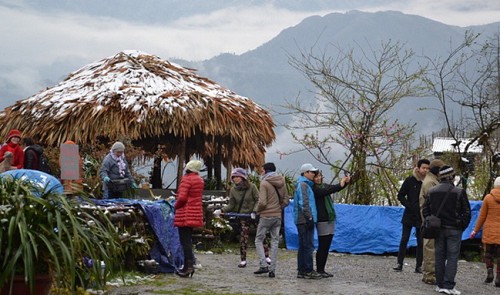 A two-day marathon scheduled to take place in September of this year will give participants a chance to see Vietnam’s beautiful hilly landscape, meet ethnic minority people and learn more about Vietnamese culture, according to the Vietnam National Administration of Tourism.

The Vietnam Mountain Marathon 2014, which is slated for September 20 and 21 in the tourism hub of Sa Pa in northern Lao Cai Province, has thus far secured the registration of nearly 500 participants from 40 nations.

Runners in the 2014 competition also have the option of covering a 10km race, which aims to encourage more participants to join the event, held by the Danish Embassy in Hanoi.

“Many Vietnamese people are unfamiliar with the concept of marathons; this is a good chance to promote them. We added the 10km category to the competition with the hope of encouraging more people to take part in the race,” Danish Ambassador to Vietnam John Nielsen said.

The 10km run will be held on September 21 and the champion will be awarded US$200.

The race is a great opportunity for runners to enjoy the stunning landscape of Vietnam, breath fresh air, and observe the lifestyle of local ethnic minority communities.

Each runner in the marathon will donate $20 as part of their race entry fee to local charity organization “Sapa O’Chau,” which helps young local minorities in the Sa Pa region finish their education.

Marathon runners must bring their own personal equipment for the race including food, water, basic first aid such as bandages and antiseptic cream, and cell phones with a GPS. Participants will be required to sign a waiver before running.

Organizers will set up camp on a special hilltop but participants can choose to stay in tents, dorms, bungalows, or a hotel in Sa Pa.

The marathon is sponsored by Topas Ecolodge and Novo Nordisk, with the aim of promoting Vietnam’s tourism and beauty as well as encouraging cultural exchanges among participants from different countries.

This is the second time Vietnam has hosted the event. Last year, the marathon, which took place on October 5 and 6, attracted 200 participants from nearly 30 countries, including 20 from Vietnam.