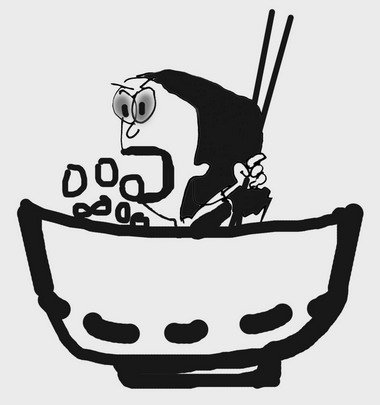 When it comes to consuming animals, little goes to waste in Vietnam, as many people take advantage of even animal sex organs to make tempting dishes believed to boost men’s sexual vigor.

Testicles, penises, breasts, and nipples of cows, goats, horses, and chickens have long been used and turned into mouth-watering dishes.

The dishes are irresistible to many diners, particularly men, as it is widely believed that the animals’ sex organs will help enhance their sexual robustness and performance.

One of them, “ngau pin,” or cow penises and testicles, are usually sliced into bite-size morsels and barbecued, local newswire VnExpress reported.

Served with certain condiments and aromatic herbs, the dish is a good accompaniment to drinks.

Soup cooked with chicken testicles is also preferred by many women for their husbands.

Spring onions are stuffed into the testicles and steamed for some time. The testicles also make a delicacy when stir-fried with certain kinds of vegetables.

The dish is common in shops specializing in chicken dishes.

A dish of grilled "ngau pin," which is processed from cow penises and testicles. Photo: VnExpress

The finished breast, roasted over butter, is crispy, fragrant and sweet.

Horse testicles and penises are a favorite among many men, as they are thought to help them regain their vigor, which is as powerful as that of male horses.

The testicles are usually cubed and boiled in chicken broth. They are also served with minced trout mixed with egg yolk.

Goat testicles and penises are also a can’t-miss for many. The barbequed organs are usually served with “chao” (fermented tofu) and some other condiments.

A number of women prepare such dishes for their husbands to eat on a daily basis for several months on end. Some of the women also frequently eat them.

However, their husbands’ sexual lust and performance have seen no or limited improvement or even go downward, according to Suc Khoe va Doi Song (Health and Life) magazine, the Ministry of Health’s press agency.

As animal organs are rich in fat, many even suffer a high fat residue in their liver or blood, which is the culprit of several related illnesses.

Zing News, a local newswire, cited Dr. Nguyen Xuan Huong, chair of the Vietnam Orientally Traditional Medicine Association, as saying that so far there has yet to be scientific evidence to prove that the use of animal sex organs, particularly chicken testicles, as dishes improves men’s sexual vigor.

The organs are anatomically similar to others belonging to the animals.

“Chickens are generally not sexually robust and they only have sex once in a few months. Their reproductive glands function poorly, resulting in limited semen-producing capacity,” Dr. Huong explained.