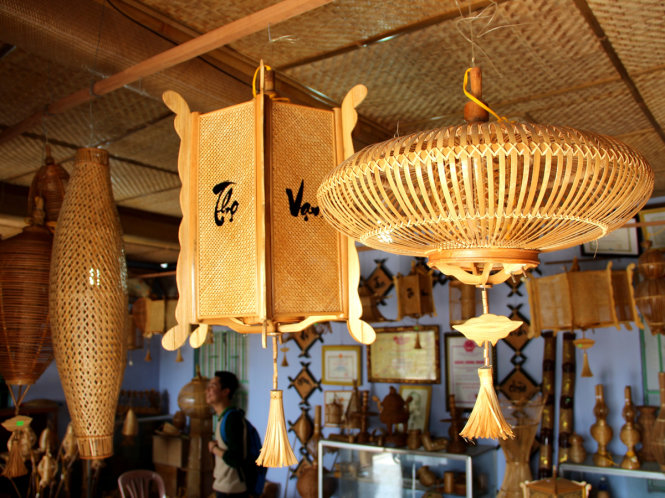 A village in the central Vietnamese province of Thua Thien-Hue is bringing its rattan products to the world.

Bao La used to be a traditional craft village which only produced household rattan items.

Now, local villagers have made and developed nearly a hundred new models of rattan lamps which meet foreign customers’ requirements for environmental protection and aesthetic taste.

Many models have been used in numerous restaurants, hotels, and luxury resorts across Vietnam and globally.

These unique, sophisticated lamps have saved the traditional craft village from disappearing, as new products can now compete with cheap plastic household items in the market. The reputation of Bao La Village has therefore grown.

The lamps are made of traditional materials and come in a wide range of shapes and sizes, all designed by local artisans, according to Vo Van Dinh, chairman of Bao La Bamboo Rattan Wares Cooperative.

“We export the lamps internationally through our business partners in Quang Binh Province and Hanoi. On the other hand, many tourists have bought our products in bulk as souvenirs, which also helps communicate the Bao La brand,” Dinh said.

A household lamp produced by Bao La can be used for up to 10 years, which is as good as a product made of sustainable materials.

“We will try to produce a type of lamp that can be easily transported to bring Bao La Village’s products to more countries,” Dinh said.

Raw products are covered with varnish to resist termites and help the lamps to become brighter, then steamed or put in the sun to dry the varnish. Photo: Tuoi Tre

The village has a separate section in charge of examining the final products before exporting them to foreign markets. Photo: Tuoi Tre

Local women are now busier as the craft village has recovered its reputation thanks to the new direction. Photo: Tuoi Tre

Most of Bao La Village’s artisans are elders and women. They expect that young people will come back to learn and maintain the village’s tradition. Photo: Tuoi Tre