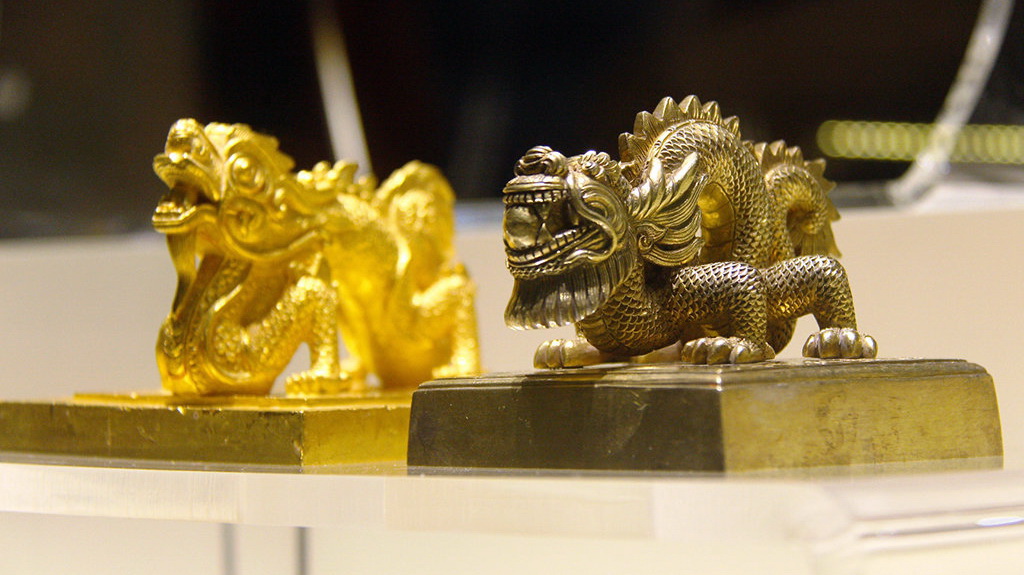 Sixty-four imperial treasures from past Vietnamese kings are on display in the central city of Hue, Vietnam’s former capital.

The exhibition is co-organized by Hue Monuments Conservation Center and Vietnam National Museum of History, which look to give the public a closer look at Vietnam’s dynastic history.

A total of 64 handcrafted artifacts used by Vietnamese emperors from the Nguyen dynasty who reigned over Vietnam from 1802 to 1945 are part of the public exhibition.

The items, including swords, hats, books, imperial seals, and chests, are made from rare metals and materials and represent the supreme power of the dynasty and reflect the lifestyle of Vietnamese emperors and their families.

Some treasures featured in the exhibition are so rare that they would have been kept out of sight of even the highest-ranking mandarins at the time, according to the organizers.

This is the first time these items have been displayed publicly since they were left in the management of Vietnam National Museum of History following the end of the Nguyen dynasty in 1945.

The exhibition will run until January 5, 2017 at number 3, Le Truc Street, Hue City.

Check out some photos of these national treasures taken by Tuoi Tre (Youth) newspaper at the exhibition:

A hat worn by Nguyen emperors made from gold, gems, and coral.

A book made entirely from thin gold leaves.

A hat worn by Nguyen emperors during imperial meetings with mandarins.

A sword with a jade handle armed by Nguyen emperors.

Items for daily usage in the palace of Nguyen emperors.

A hat worn by Nguyen emperors made from gold, gems, and coral.