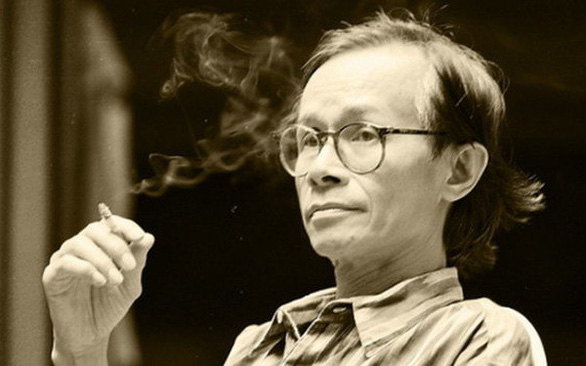 The unfulfilled love story of Vietnam’s late talented songwriter Trinh Cong Son and a Japanese woman will be made into a movie, the film’s director and producer announced at a press conference in Ho Chi Minh City on Thursday.

The event, attended by filmmaker Phan Gia Nhat Linh and producer Nguyen Quang Dung – whose father was a close friend to Trinh Cong Son, and the late composer’s younger sister Trinh Vinh Trinh, was held days ahead of the 18th anniversary of his death.

Born in 1939, Trinh Cong Son was a prolific songwriter, composing over 600 songs which thematically range from love, human fate to war sorrow. Most of the songs are about love, conveying melancholy and elements of symbolism.

Phan Gia Nhat Linh will direct the first-ever feature film about Son, with the late songwriter’s family having rejected several requests to bring his life to the big screen, it was announced at yesterday’s conference.

With a budget of VND20 billion (US$860,000), the movie project is still having its script written, while casting and filming are scheduled to begin next year.

The film is expected to tell the story about events in Trinh Cong Son’s life and music creation from his 20s to 40s, with the highlight being his broken love story with Yoshii Michiko – a Japanese woman who traveled all the way from Paris to Vietnam due to her admiration for the Vietnamese composer’s unique music.

In the late 1980s, Yoshii chose Trinh Cong Son’s anti-war music as the subject for her master's thesis, thus traveling to Vietnam many times to meet and talk with the Vietnamese composer.

The two fell in love and even agreed to wed. However, the wedding was canceled at the last minute due to cultural and custom differences between the Vietnamese and Japanese, according to news website VnExpress.

At Thursday’s event, both Linh and Dung acknowledged that it is challenging to make a movie about a musician with such a great influence on Vietnam’s music history.

“A movie about Trinh Cong Son is probably the dream project of any filmmaker and producer,” Linh said.

The film crew and producer are looking for a suitable actor to play Trinh Cong Son.

“I don’t think there is a professional actor in Vietnam that fits the image of Trinh Cong Son in terms of both appearance and depth in acting,” said Linh, complaining about the tough task of casting the male lead.

Linh said that in the next few days, his team and Trinh Cong Son’s family will go to the central city of Hue, the hometown of the late musician and also a source of inspiration for his songs, in the hope of successfully finding the best pick to play him.

“We hope to find a Hue actor, who can speak in Hue accent, and must have a poetic, romantic characteristic of the Hue people for this role,” Linh said.

As the movie recounts the love and life of a respected songwriter, music plays a vital role in the work.

The director, producer and Son’s family are considering selecting new compositions, remaking the musician’s famous songs and even choosing his unknown pieces that have never been introduced to the public for the movie.

He is considered by the global media as the Vietnamese equivalent of Bob Dylan – an influential American popular music songwriter.