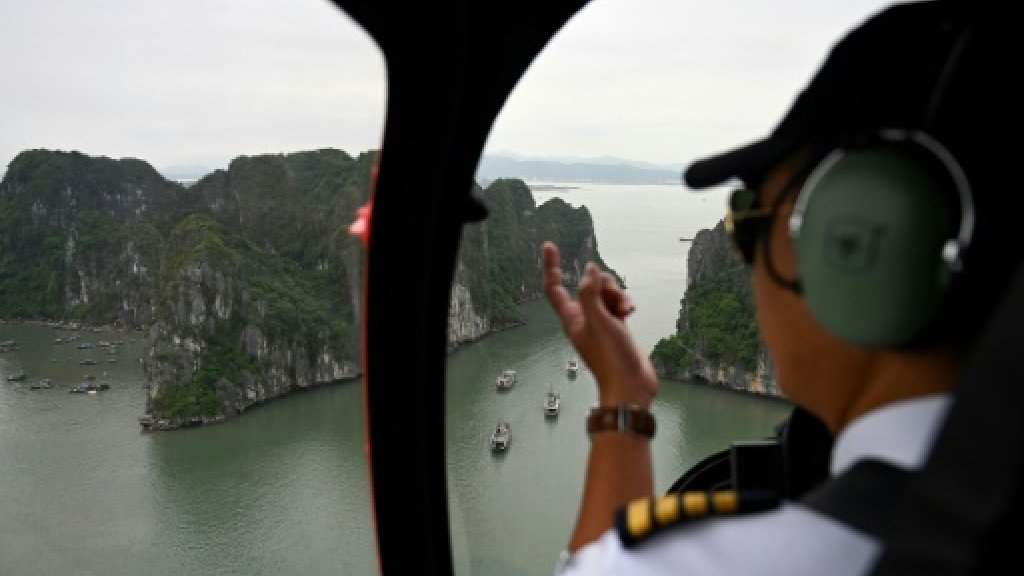 Most visitors to Vietnam's famed Ha Long Bay opt for cruise views of the UNESCO heritage site but from Friday tourists can hop on a helicopter to see the area's famous karst rock formations from the skies.

A pair of five-seater helicopters soared up to 300 metres (1,000 feet) to offer passengers aerial views of the limestone towers, cruise ships and the odd houseboat dotting Ha Long's green waters for the maiden flights on Friday.

Helicopter manufacturer Bell said the trips, which start at US$125 for 12 minutes, were aimed at tapping into a growing number of tourists to Vietnam -- many from the world's second biggest economy.

The number of visitors to Vietnam grew nearly 20 percent last year, with one-third of the total coming from China.

Ha Long Bay is one of the country's top draws, with as many as 500 cruise ships in the bay every day and a newly-opened airport helping to funnel visitors into the area.

But the tourist boom has also prompted environmental concerns in the once-pristine bay in Quang Ninh province, also home to home to rapid industrialisation.

"We're under pressure from the coal industry, the urbanisation process, the arrival of more tourists and the population increase," said Le Minh Tan, deputy director of Quang Ninh's tourism department.

He added that a waste-water management system is set to be rolled out soon to deal with sewage spewed out by cruise ships daily.

"We're launching many programs in the area to ensure the environment of Ha Long is green and clean."